This is a 100-minute, moment-by-moment telling of the story of September 11th 2001 “As It Happened” and the days that followed. Over the past three years, we’ve interviewed people who were there in New York, at the Pentagon and on site at that farm field in Shanksville, Pennsylvania. This year, we’ve talked to more people with their own personal stories of 9/11. Each provides a new perspective on the events that changed America, and their reflections now after 20 years.  This episode is part of our special series, “9/11: A Generation Removed.” 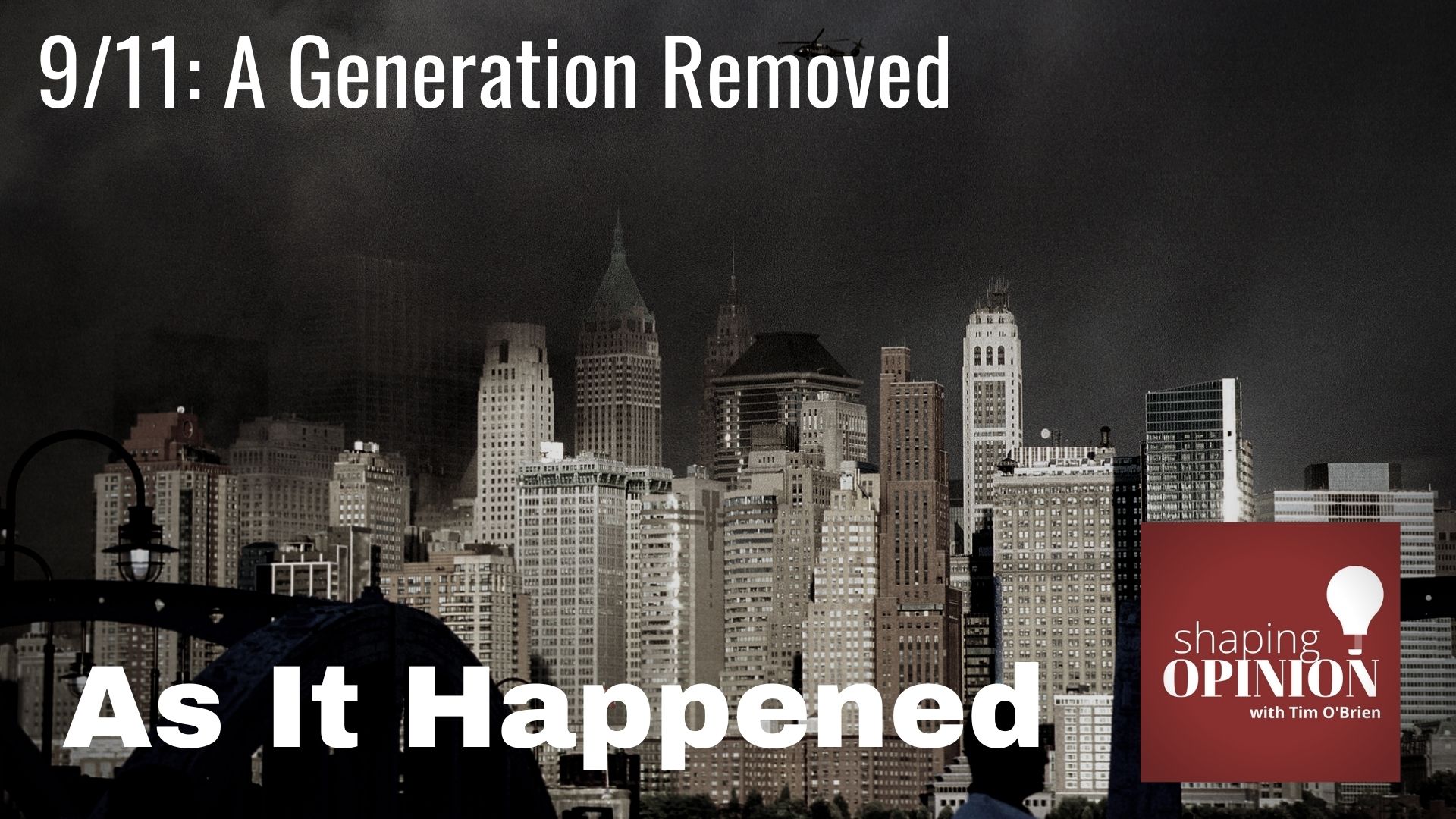 It is September 11th, 2001. All along the East Coast, the weather couldn’t be nicer. Skies pristinely blue. Temperatures are perfect for an early September day.

Millions are back from vacations and summer breaks. America is going back to work. Back to school. Back to a normal routine.

President George W. Bush starts his day at 6:30 a.m. with his daily run. He’s in Sarasota for an appearance he’s scheduled to make at a nearby elementary school at 9 a.m. Dick Keil is a former college runner and now the White House Correspondent for Bloomberg News. He has the chance to join the president on his run this morning. They talk about anything but politics.

What no one knew but would quickly learn is that this would be no normal day. Everything would change in the coming hours.

19 terrorists from the extremist group al-Qaida were already in the midst of executing a plan to hijack four commercial aircraft and crash those planes into strategic targets.

Those targets were the Pentagon, another site in Washington that no one would fully confirm – but most experts tend to presume it was the U.S. Capitol Building – and the World Trade Center’s Twin Towers in New York City.

By 7:30 a.m., all 19 militants are in transit. The airports they will depart from are Logan Airport in Boston, Dulles Airport just outside of Washington, D.C., and Newark Airport. All four flights they will hijack are scheduled to go to California and are packed with enough jet fuel to take them cross-country.

This episode will take you minute by minute through the story of 9/11 through the eyes of eight people who were there, each at a different important location in this moment of history. Along with our eight guests, we include actual recordings of air traffic controllers, dispatchers and the President of the United States from this day. This is a comprehensive narrative of 911: As it Happened.