9/11: They Just Couldn’t Stop The Journal

Author Dean Rotbart joins Tim to talk about how the September 11th terrorist attacks destroyed the main newsroom of the Wall Street Journal, yet the team persevered and found a way to put out a newspaper the next day in defiance of the terrorists. Dean is an author and a former reporter at the Wall Street Journal.  His new book, “September Twelfth: An American Comeback Story,” tells the lesser known tale of what happens when one of the nation’s leading news organizations becomes part of the story. 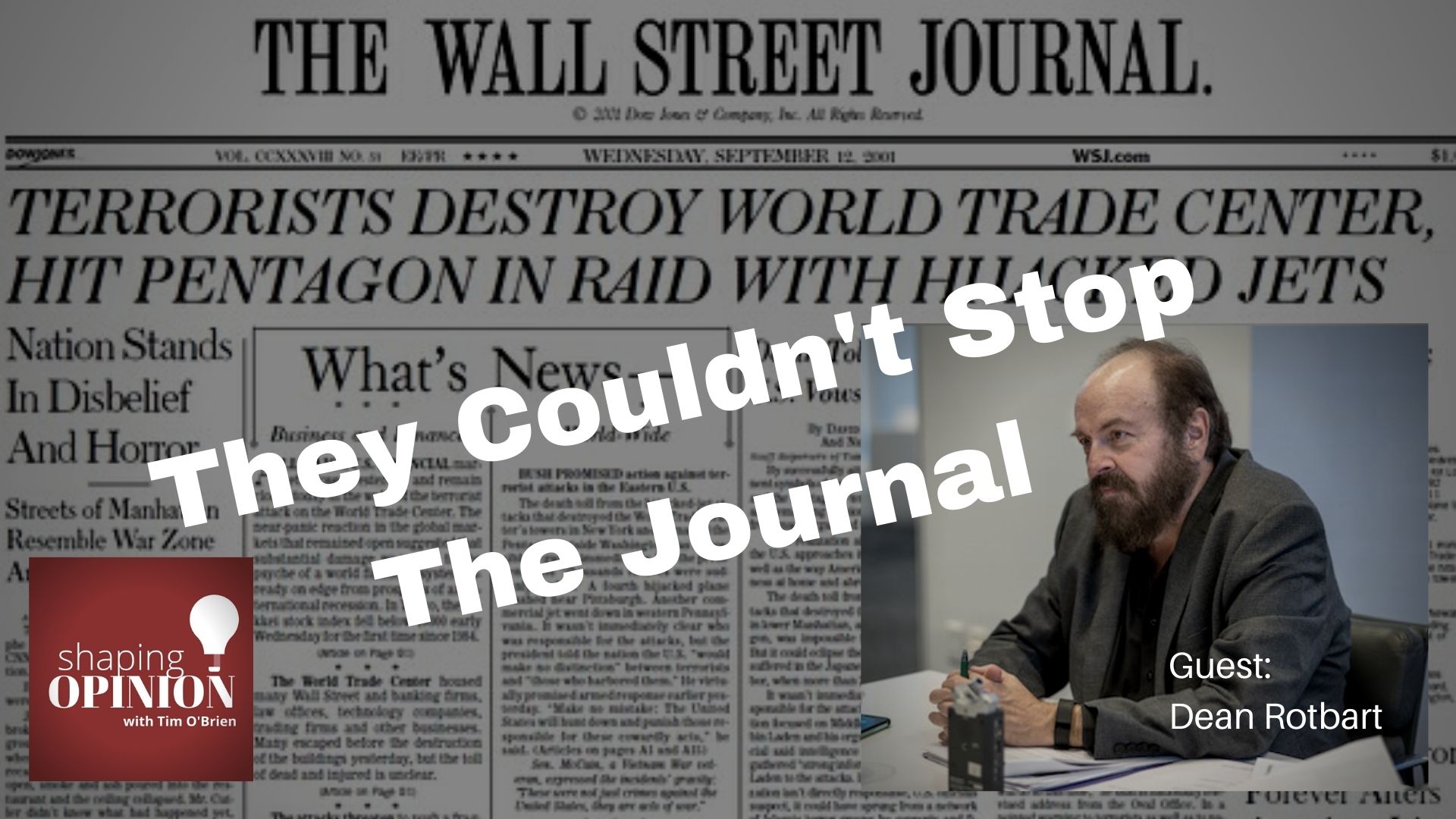 The building where the Wall Street Journal was located was destroyed by falling debris, fire and smoke.

Editors, reporters, photo journalists were not only an eye-witness to the biggest story of their lifetimes, but they became a part of it. Lines were blurred.

In the end, the Journal and its Dow Jones news teams rose to the occasion.

Keep in mind, many of these people knew others who died in the attacks. They knew families who lost loved ones. This was personal. There’s no way around it.

In the end, the newspaper put its heart and its best work on its front page, publishing a Pulitzer Prize-winning edition the very next day on September 12th.

Dean Rotbart worked in that newsroom years before, and he knew many of the people who worked there that day.

About this Episode’s Guest Dean Rotbart 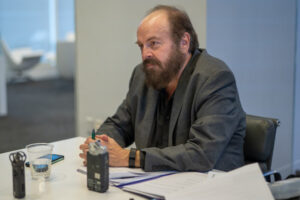 Dean is the originator of a series of training workshops, including Newsroom Confidential, Buzz Snatching, and Reputation Tool Chest. He has served on the faculty of the Wizard Academy for more than a decade and was previously a member of the Academy’s board.

Dean and his wife Talya are the founders of NewsBios.com, a popular service that provides in-depth dossiers on the world’s most influential journalists and bloggers. Dean and Talya live in Denver with their two young-adult children, Maxwell and Avital.