One of the original members of the U.S. Army’s Special Forces Delta unit, Mike Vining, joins Tim to talk about his highly decorated career that started in Vietnam and ended in the late 1990s, encompassing many historical missions. Mike was an Explosive Ordnance Disposal (EOD) operator in the Delta Force, among many other responsibilities. He tells us what goes through the mind of an explosives specialist when time is tight and it could be a matter of life and death. 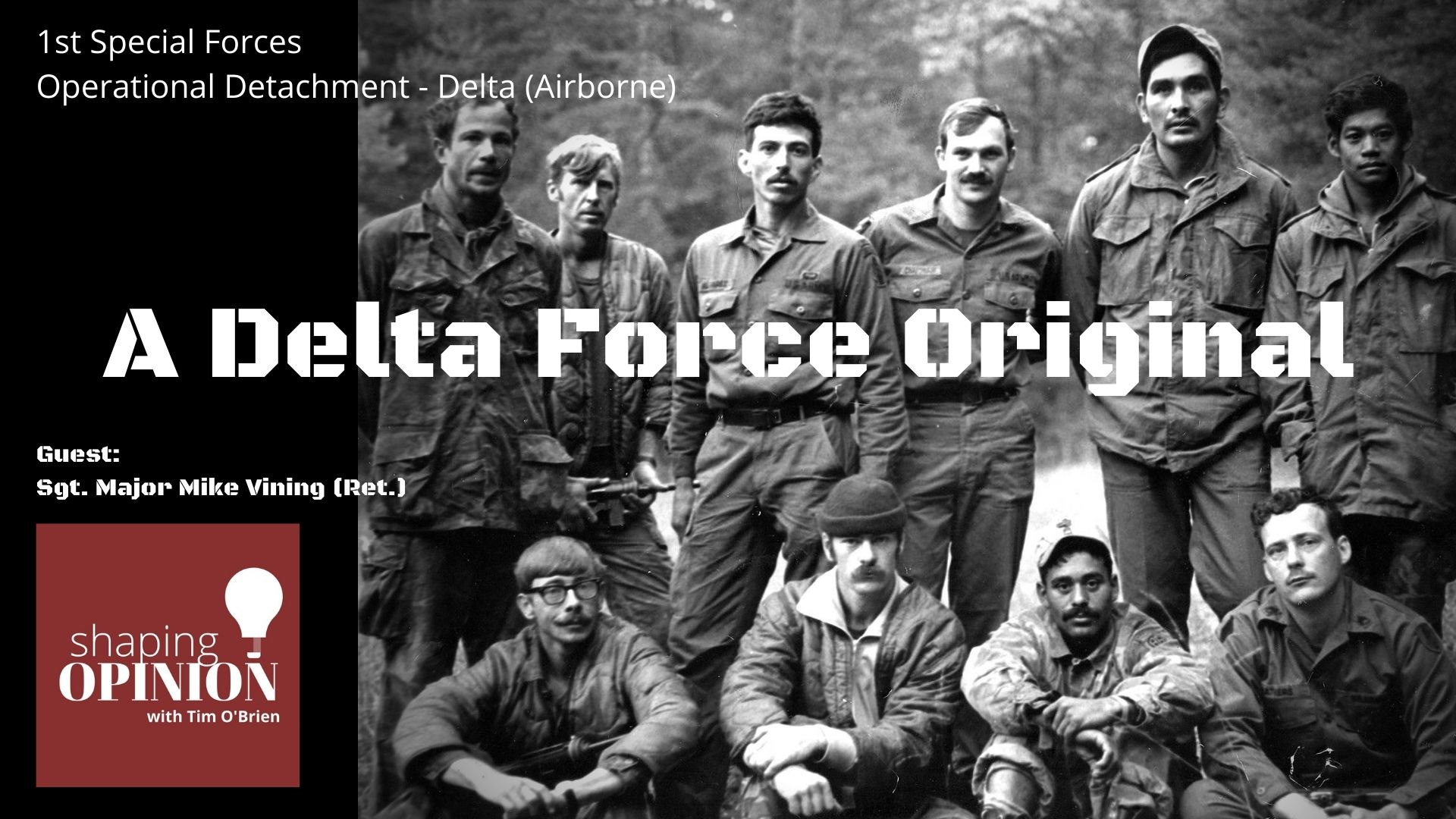 Mike Vining was in high school when he saw the news about the Tet Offensive in Vietnam. The offensive was one of the largest and bloodiest attacks the communist forces of North Vietnam – the Viet Cong – waged against South Vietnamese and American troops.

Mike saw what was happening and decided to join the military. He wanted to be in Vietnam joining the fight.

Not long after that, Mike got his wish. Before shipping off to Vietnam, Mike completed the Explosive Ordnance Disposal (EOD) program in the Army, which also involved learning how to dispose of nuclear weapons. 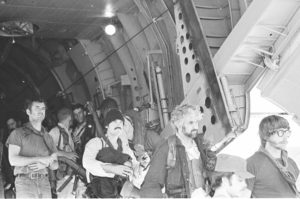 The army sent Mike to Vietnam, where he spent 12 months on combat duty, before his honorable discharge in 1971.

Two years later, Mike reentered the Army and served as an EOD specialist once again.  That was the beginning of a long and decorated career in the Army that included serving as one of the first operators in the U.S. Army Special Forces, and its Delta Force unit.

He saw action around the world, from missions to Iran during the 1979 U.S. embassy hostage crisis, to many other operations, ultimately serving on the ground in Operation Desert Storm.

In this episode, Mike talks about the events that shaped the Special Forces, from an ill-fated desert mission to rescue 53 American hostages in the U.S. Embassy in Tehran, to many other touch and go situations.

About this Episode’s Guest Mike Vining 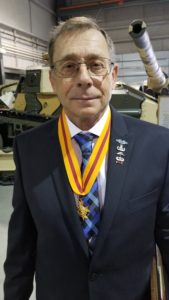 Sergeant Major Mike R. Vining (Retired), U.S. Army, was born in Greenville, Michigan on 12 August 1950 to Roger and Arlene Vining. He graduated from Tri-County High School in 1968 and enlisted in the Army in July of 1968.

After completing Basic Training at Fort Knox, Kentucky, he attended the Ammunition Renovation Course, at Redstone Arsenal, Alabama. he completed the Explosive Ordnance Disposal (EOD) Program, Indian Head, Maryland in May of 1969 and reported to the Technical Escort Unit, Edgewood Arsenal, Maryland during which time he completed the Nuclear Weapons Disposal Course. In 1970 he deployed to the Republic of Vietnam where he was assigned to the 99th Ordnance Detachment (EOD), Phuoc Vinh.

Upon completion of 12 months of combat duty, Sergeant Major Vining was honorably discharged from the United States Army on February 1971. Sergeant Major Vining reentered the Army in 1973 and was assigned to the 63rd Ordnance Detachment (EOD), Fort Leonard Wood, Missouri. In 1978, he was accepted to the 1st Special Forces Operational Detachment (SFOD) – Delta, where he served with distinction until 1985.

He completed the first Operator Training Course, subsequently participating in numerous combat operations including Operation EAGLE CLAW, the Iranian Hostage Rescue Mission and Operation URGENT FURY, the invasion of Grenada. From 1985 to 1986 he was assigned to the 176th Ordnance Detachment (EOD), Fort Richardson, Alaska.

He then returned to 1st SFOD – Delta from 1986 to 1992 where he served as Chief EOD Technician, Research and Development Sergeant Major, and Breaching Sergeant Major. During this tour he deployed in support of Operation DESERT STORM, Saudi Arabia. He served as Exercise Planner at the Joint Special Operations Command (JSOC) from 1992 to 1996. During Operation UPHOLD DEMOCRACY, Sept-Oct of 1994, he served as the Senior Enlisted Advisor for the Joint Special Operations Task Force aboard the Aircraft Carrier U.S.S. America (CV-66) off the coast of Haiti. He served as the Explosives Expert on the Downing Assessment Task Force, which investigated the 1996 Khobar Towers bombing, Dhahran, Saudi Arabia.

Sergeant Major Vining holds a B.S. Degree in Sociology from the University of the State of New York. He is married to Donna Ikenberry and has two children, Terri and Lorri, six grandchildren, Mitchell, Dillon, Kyle, Victor, McKinley, and Rainier, and one great grandchild, Spencer. He currently resides with his wife in South Fork, Colorado. He is currently the historian for the Vietnam (EOD) Veterans Chapter of the National EOD Association (NATEODA) and the assistant historian for the NATEODA. He also conducted EOD historical research for the EOD Warrior Foundation.