Santa Butch from Montana is a mall Santa and has been one for most of the past 20 years. He joins Tim to tell what it’s like to actually be Santa in the eyes of a child, and some of the stories from his years as spreading holiday cheer as Santa Claus. 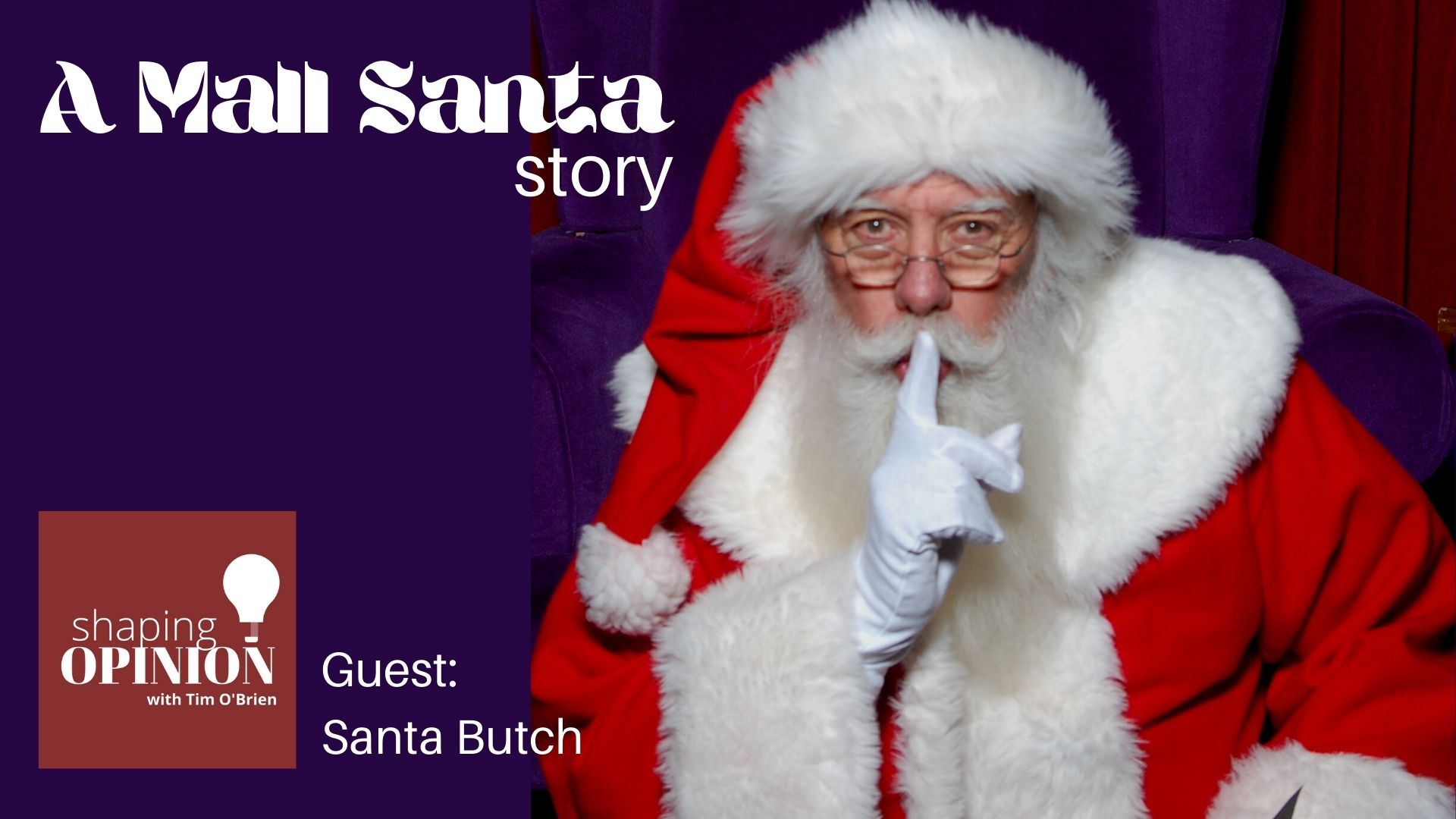 There’s a good chance you’ve done this. As a child, you went with your mom or dad to a department store or a shopping mall to see Santa Claus. In the typical routine, one parent would stay with you, wait in line, or ride the Christmas train, while the other parent would do the holiday shopping.

In the end, you’d have your big moment on Santa’s knee, telling him all the things you wanted for Christmas, that you were a good boy or girl, and you’d look for some sign, any sign, of his approval, telling you that you just might get what you asked him for. Then you’d have your picture taken with the jolly old elf.

Maybe later, you’ve had the chance to carry this practice forward with your own kids, and the holiday tradition continues.

So, when did this all start? History.com says that in 1841, thousands of kids went to a Philadelphia department store to see a larger than life figure of Santa Claus.

Other stores noticed and realized that if they could give shoppers a taste of a living and breathing Santa Claus, they could attract even more shoppers.

The first man to dress as Santa Claus was James Edgar, who dressed in his Santa suit in 1890 at his own store to draw children…and their parents…to his store. In the Mall Santa world, he’s the origin story. He’s the first department store Santa Claus.

Since then, for millions of children, no holiday season has been complete until they have had the chance to meet Santa Claus at a department store or a mall.

And an untold number of people have donned the red suit and cap, to play the role of St. Nick, Kris Kringle, Santa Claus.

In the spirit of the season, we thought we’d talk to one of those people. His name is Butch. He’s known in the mall Santa world as Santa Butch from Montana, and he’s been making spirits bright in that red suit since 2001.

About this Episode’s Guest Santa Butch from Montana 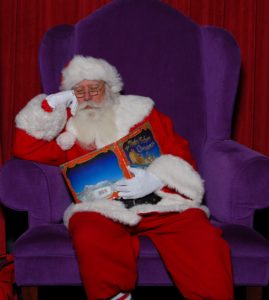 “I actually signed my first contract in 1999, my first working year was 2001 in New Jersey, then seven years in Wilmington N.C., on to 2 more years in Louisville, Kentucky. This was all travel time that the photo company provides motel accommodations and rental car as well as round trip flight tickets.

I took a couple years off to retire from my regular work. Retired in January 2013 and became a snow bird from our home in Montana to Apache Junction Az. I started at a mall in Phoenix in 2013 and have been there since.

I do it because I enjoy the children, the families, the not really knowing what is next. I am not denying that the money is good, but it is 40 to 42 days, 9- to-12-hours, with the only day off being Thanksgiving. So, it can be very draining and physically hard. In the first 2 to 10 years I would come home 15 to 25 pounds lighter than I left. BUT the children are the most rewarding part. Their eyes when they see Santa, the excitement, the genuine love they share. I just can’t begin to explain how rewarding that can be.”