All Star: The Chuck Taylors Story

Author Abe Aamidor joins Tim to talk about those iconic Chuck Taylor Converse All Star shoes. The Chuck Taylor story, how he was the first to have an athletic shoe named after him, and how a classic basketball shoe came to stand for rock and roll, the counter culture, and today a major fashion statement. We talk with Abe about his book, Chuck Taylor All Star: The True Story of the Man Behind the Most Famous Athletic Shoe in History. 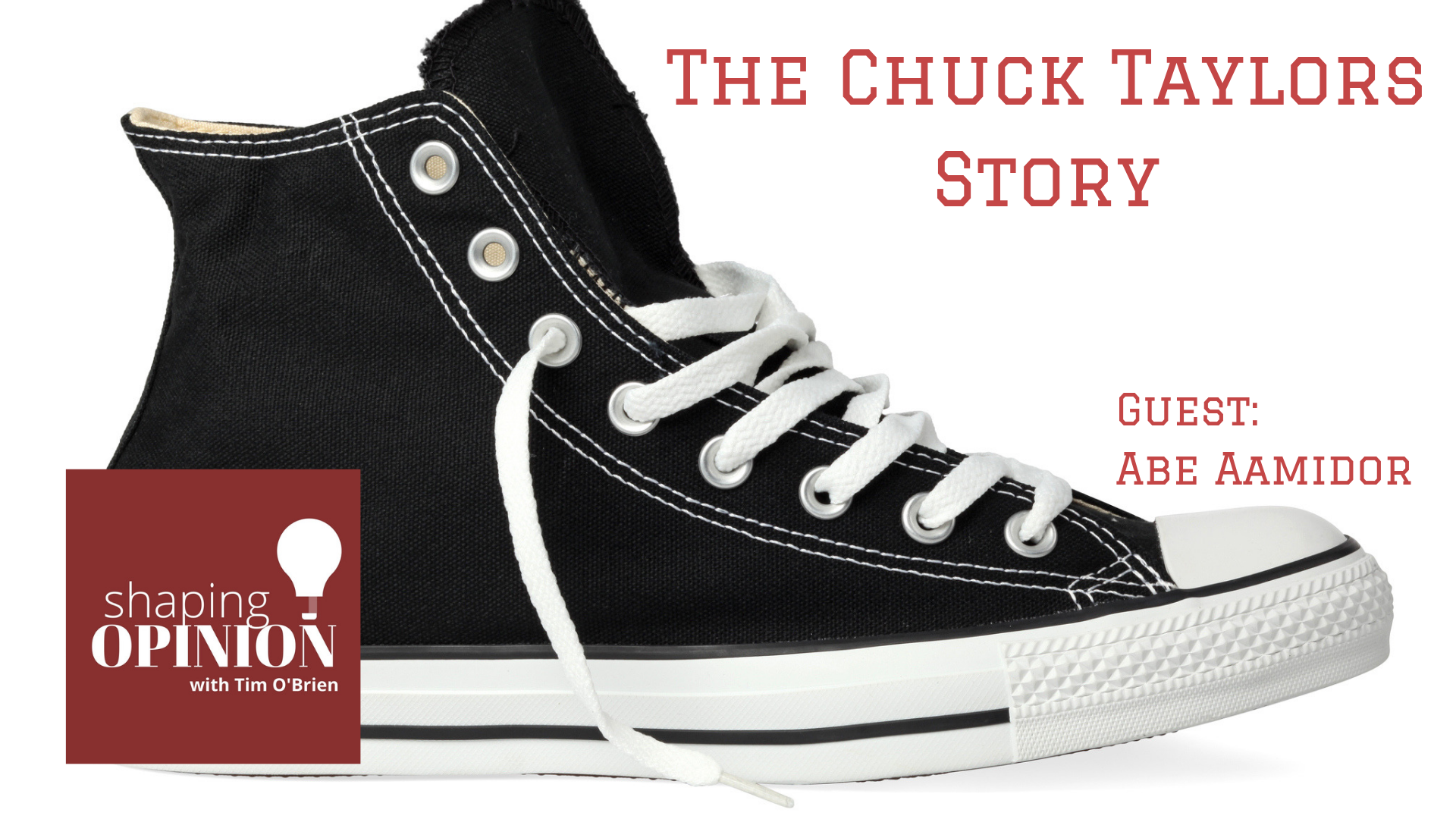 The shoes have been around since 1917. They are canvas on top, usually white or black. The soles are white rubber around the toe and then around the sides to the back. The bottoms have a trademark dark rubber waffle pattern.

The people who wear them have an emotional connection to the shoes. They like the way they look, the way they feel. If you wear the high-top version, on the inside of your ankle, there is that trademark blue star set in a white circle, flanked by that name in script. Chuck Taylor.

By now, you know we’re talking about Converse Chuck Taylor All Star athletic shoes. He didn’t own the company. He didn’t invent the shoe. He wasn’t a millionaire professional basketball player. Yet he was the first one to have his name put on an athletic shoe, and what a shoe it is.

Chuck Taylor was born in Indiana in 1901. Right after high school, he played professional basketball. Teams were the Columbus Commercials and the Akron Firestone (Non-skids).

Converse first produced its All Star athletic shoe in 1917.

By 1921 or 22, Chuck Taylor joined the Converse Rubber Shoe Co., and that’s when he became a shoe salesman. That became his profession and would lead to his legacy.

For perspective, the NBA won’t be founded for another 28 years.

Chuck Taylor first joined Converse in Chicago. Chuck Taylor would help redesign the shoes and become and a champion for the game of basketball in America.

He was a player and coach for a team called the Converse All Stars, which was an industrial league basketball team.

He created the Converse Basketball Yearbook, where players, teams and big moments were highlighted. And he conducted basketball clinics all across the country.

He promoted the shoes at the grassroots level, and non-stop.

In 1932, Converse put his name on the ankle patch. He didn’t get any special payment for this. He was paid an employee’s salary, and he was on a salesman’s expense account.

Those shoes are the best-selling basketball shoe in history.

In 1969, he was inducted into the Basketball Hall of Fame. He died the same year at the age of 67 from a heart attack.

Adidas had made inroads with new styles of shoes on the basketball court. Then Nike entered the picture in the 1970s.

But then you started to see rock bands wearing the shoes in concerts, and a whole new Chuck Taylor fan base emerged.

Chuck Taylor shoes became a statement for counter culture, for rock and roll, for new counter culture sports like skateboarding. And today, they are now a fashion statement that cuts across all generations and are worn around the world.

About this Episode’s Guest Abe Aamidor 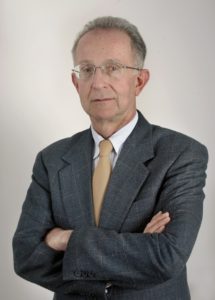 Abe Aamidor has reported for the Indianapolis Star, the Champaign-Urbana News-Gazette, and the St. Louis Globe-Democrat.  He is the author of “Real Feature Writing,” and “Real Sports Reporting,” in addition to his book on Chuck Taylor.  His most recent work is a novel called “Letting Go” from The Permanent Press.