Dr. George Zambelli, Jr., Chairman of Zambelli Fireworks, joins Tim to talk about fireworks, America’s 4th of July tradition, his family’s role as the “First Family of Fireworks,” and the American dream. Since 1893, Zambelli Fireworks has dazzled millions, including every president since JFK. There is a good chance that if you watch fireworks this July 4th, you’ll be enjoying that “Zambelli magic.” 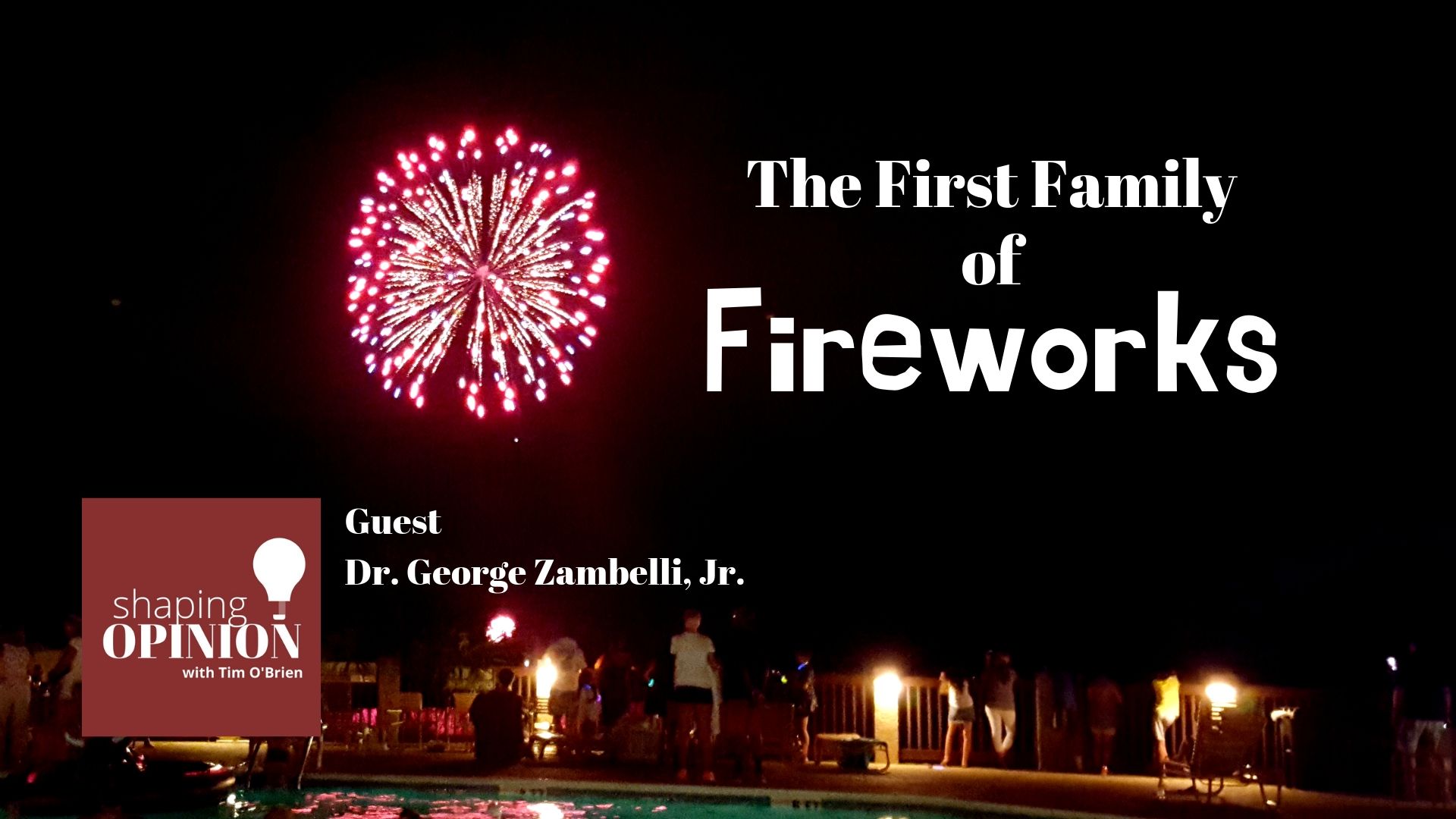 In last week’s episode we talked quite a bit about Francis Scott Key and his Star Spangled Banner. You know the line, “bombs bursting in air…”

The 4th of July is upon us and fireworks will be on display from sea to shining sea. But how exactly did we get to this point with our obsession with fireworks?

Let’s start with the history of fireworks.

The Chinese get credit for the fireworks. The story goes that as early as 200 BC, the Chinese were using green bamboo stalks and heating them on coals to dry. Once the stalks would overheat, the wood would explode, burst and pop. The Chinese liked this because it effectively scared off large mountain men would raid their villages.

Somewhere between 600 and 900 A.D., a Chinese alchemist mixed potassium, nitrate, sulfur and charcoal to create the first gun powder that was then poured into bamboo sticks and then stiff paper tubes to make the first form of fireworks that we know today.

By the 13th century, Fireworks made their way to Europe, and 200 years later, fireworks became a fixture for religious festivals and public entertainment.

The Italians were the first Europeans to manufacture fireworks, and it was in Italy that the aerial shell was invented and used in fireworks. The Italians are also credited with being the first to discover how to use metallic powders to create specific colors.

Fireworks made their way across the Atlantic when early American settlers brought them to the New World.

In fact, fireworks were a part of the very first Independence Day, starting our Fourth of July tradition.

According to historians, the first 4th of July celebration featured a 13-cannon display, a parade, a fancy dinner, music, musket salutes and a grand exhibition of fireworks that began with 13 rockets on the commons of Philadelphia.

John Adams envisioned an annual birthday celebration for America that would be marked with “pomp, parade, bonfires and illuminations from one end of this continent to the other.”

Speaking of John Adams, it wouldn’t be long before 18th century politicians would get in on the act. They were among the first to discover how to use fireworks to draw a crowd for their speeches.

And ever since, fireworks have been a part of just about every major ceremonial event, from national historic events, to those the just mean a lot to any small town in America, and everywhere in between.

Today, while Americans use fireworks year-round, July 4th is the biggest day of the year for fireworks.

If you’ve ever found yourself in a lawn chair looking up at the sky some summer evening, waiting for that grand finale with your eyes and your mouth wide open, there’s a chance you were watching Zambelli Fireworks.

George Zambelli, Jr. comes from a family that has been known as “The First Family of Fireworks….” 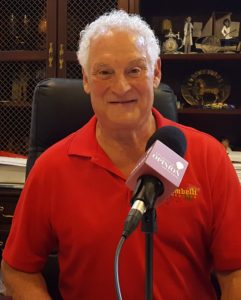 Dr. George Zambelli, Jr., the grandson of Zambelli Fireworks founder Antonio Zambelli, carries on the family’s fireworks tradition, leading a company that is arguably the global leader in fireworks displays.  Described as the “First Family of Fireworks,” the Zambelli family earned the moniker because of its long history of providing fireworks displays to the First Family of the United States, going back to John F. Kennedy.

Dr. Zambelli grew up in the family business and has worked in every facet of the company, from sales and marketing, to setting up, overseeing and innovating the company’s fireworks displays.

As a young man, he launched a career in medicine, all the while staying involved in the family business.

Dr. Zambelli is a graduate of Case Western Reserve University and Saint Louis University School of Medicine. He specializes in cataract and anterior segment surgery, glaucoma and laser vision correction, and has performed more than 70,000 procedures. He is certified by the American Board of Ophthalmology.