The host of the popular new podcast ‘How To Be American,’ Brendan Murphy joins Tim to talk about America’s immigration heritage as seen through the rooms of a couple old tenement buildings on the Lower East Side of New York City. Brendan is an educator at the Tenement Museum. 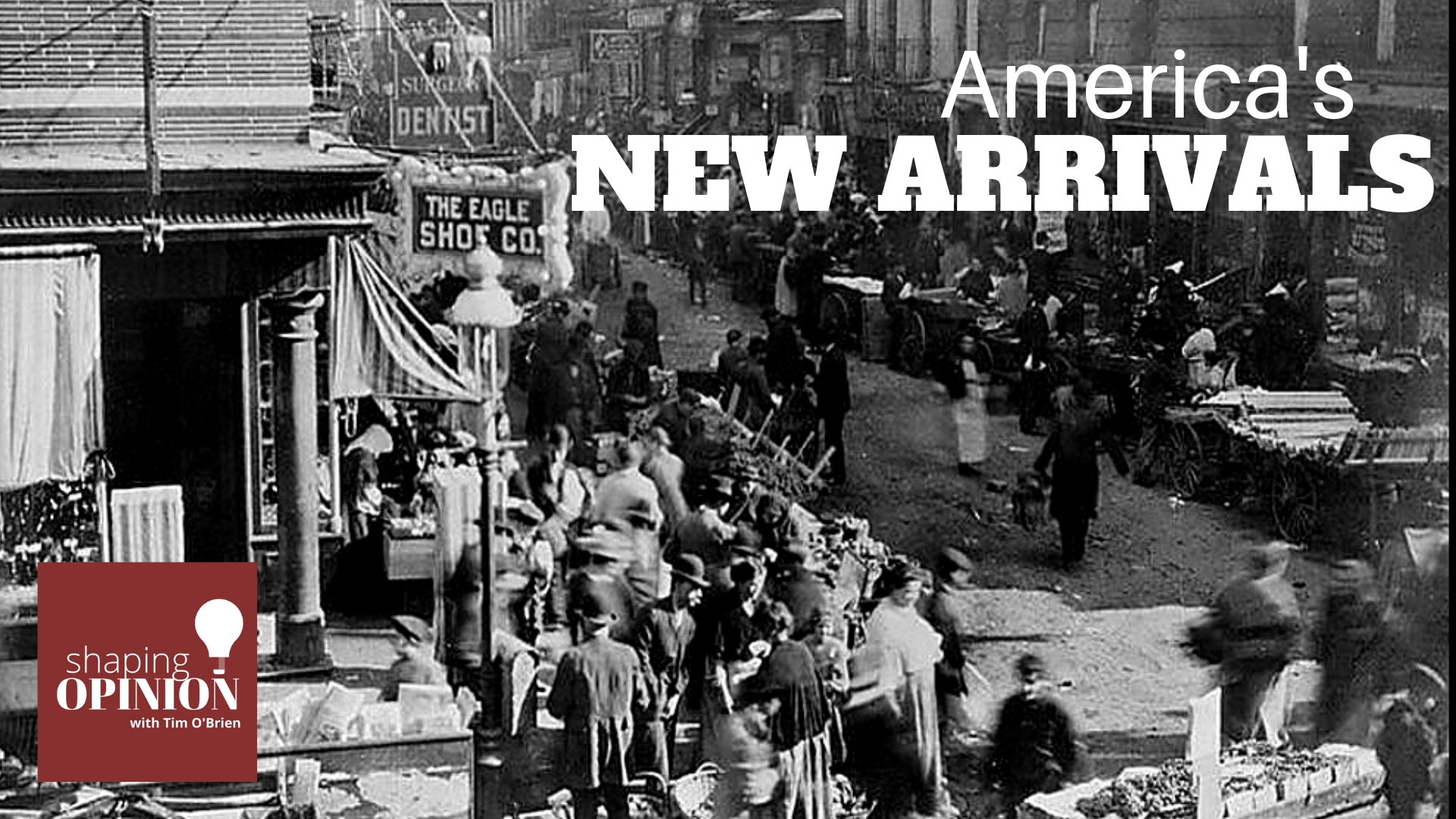 Hundreds of millions of Americans can trace their emigration histories to ancestors that entered the country through the port of New York.  The New York port of entry has been the gateway to the American dream for generations of immigrants for over 400 years.

America is a nation that has been defined by its immigrants, who often settled at first in the poorest parts of our cities, living in crowded tenements and learning a new way of life.

If walls could talk…

That’s a rhetorical term we often hear. What it means is that those silent houses, apartments and buildings where generations have lived and worked have seen so much of human history, it would be a wonder if we could just hear the stories.

This is the concept behind a fascinating museum on the Lower East Side of New York City. That’s where a couple of old tenement buildings have been preserved and restored to help tell the story of America through the stories of the people who lived there, the people who worked there, and the people who came there in the normal course of their day.

“How to Be American” Podcast

Six-episode series, biweekly, started in February. The podcast explores different facets of the American identity, from food to music to the process for immigrating and becoming a citizen.

It features interviews with historians, scholars, chefs and everyday people. It also tells stories from Tenement Museum programs, archives and from their “Your Story, Our Story” program.

It was founded in 1988 by Ruch Abram (historian) and Anita Jacobsen (activist). They discovered a dilapidated tenement building on New York’s Lower East Side that had been shuttered for over 50 years.

They uncovered personal belongings and other evidence of the immigrant families that had lived there between the 1860s and the 1930s. The artifacts and their owners became the foundation for what is the Tenement Museum today.

German immigrants John and Caroline Schneider lived and worked together at 97 Orchard Street, operating Schneider’s Lager Beer Saloon from 1864-1886, while living in an adjoining apartment.

The Schneiders served German lager (previously unknown in the United States) and food in an era when the neighborhood was known as Little Germany.

Bridget and Joseph Moore arrived in America in the mid-1860s, and lived at 97 Orchard in 1869 with their first three daughters. At the time, many New Yorkers did not welcome Irish newcomers.

As only one of two Irish families residing at the tenement, the Moores felt like outsiders in a neighborhood that was primarily home to German residents.

The discrimination against Irish immigrants was such a prevailing sentiment at the time that newspaper want ads for work often stressed ‘No Irish Need Apply’. The Moores had eight children, only four of whom lived to adulthood.

Nathalie and Julius Gumpertz, East Prussian immigrants, lived at 97 Orchard during the Panic of 1873, a major economic depression.

Nathalie then needed a job. She became a full-time dressmaker working out of her apartment. Nathalie effectively supported her family for the next decade.

Abraham and Fanny Rogarshevsky moved into 97 Orchard Street in 1908 with their six children.

They lived in a three-room apartment. At bedtime, the kitchen was transformed into a bedroom for the girls, while a couch in the front room became a makeshift bed for the boys.

The Rogarshevkys were able to transition to life in America with the help of New York’s community of Lithuanian immigrants. Abraham died of tuberculosis in 1918. All the while, the community was there to support Fannie.

To keep her apartment and support herself, Fanny took the job of janitress, cleaning the building where she lived. She held this job until the building was condemned and was 97 Orchard’s last resident, leaving in 1941.

Adolfo Baldizzi arrived in the United States from Sicily in 1923, before the Johnson-Reed Act effectively ended Italian immigration.

Adolfo and Rosaria made their first home on Elizabeth Street (Little Italy) and started a family with the birth of their daughter Josephine in 1926, and then son Johnny in 1927. The following year, the Baldizzis moved to 97 Orchard Street.

Born in the United States, both Josephine and Johnny were U.S. citizens. Johnny served in the armed forces in Japan from 1946-1947 and Josephine would marry and have children of her own.

About this Episode’s Guest Brendan Murphy 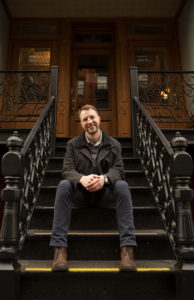 ‘How To Be American’ is hosted by Brendan Murphy, an Education Manager at the Tenement Museum. Brendan hails from the misty Pacific Northwest, but has been in New York for a decade. He has been sharing the stories of immigrants, migrants, and refugees to Manhattan’s Lower East Side for the past seven years, engaging in conversations with visitors from across generations and across the globe.

He holds a BA in Theatre from Western Washington University and an MA in American Studies from the CUNY Graduate Center. Coming from a theatre background, he has always believed in the power of stories.

He shares stories well beyond the boundaries of the Lower East Side and engage in a larger national conversation about what it means to be an American.