At the Intersection of Religion & Politics

Political science professor Dr. Michael Coulter joins Tim to talk about the challenges we face at the intersection of religion and politics. Michael is the chair of the Political Science and Humanities Department at Grove City College in Pennsylvania. In this episode we explore the current environment for civility and respect when it comes discussing religion and politics. 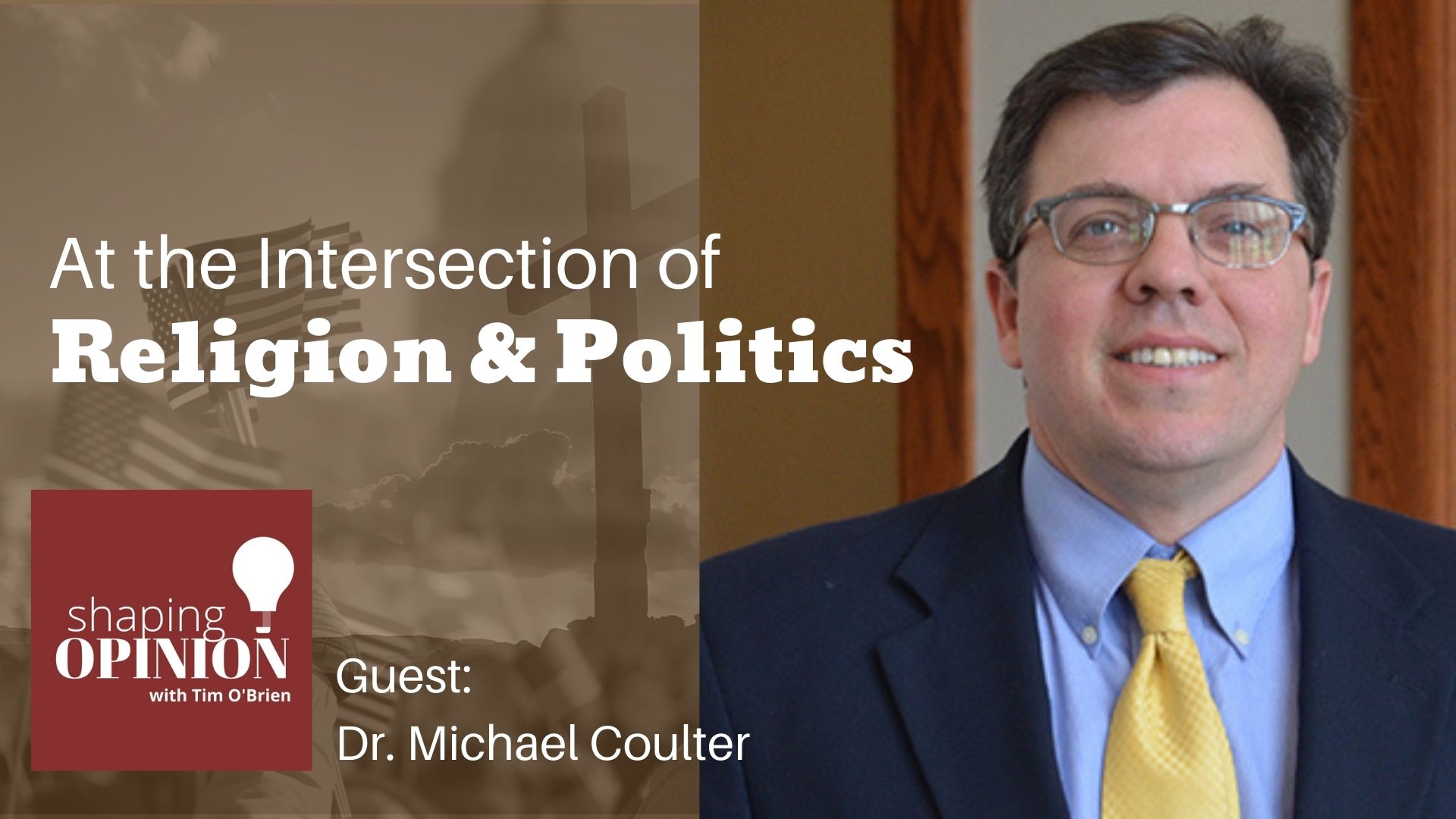 It’s an election year, and people are on edge. Log on to social media and you’ll find everyone from celebrities to friends attacking each other over political, religious or social issues.

Some people say they are trying to avoid certain family gatherings just to avoid those uncomfortable conversations.

At the same time, as the nation gets closer to deciding an election, and the naming of a new Supreme Court justice, the intensity levels in the atmosphere are getting stronger.

Against this backdrop many not only wonder how it got this way, but they wonder if we’ll ever get back to a time when society could discuss sensitive issues with civility and respect.

Dr. Michael Coulter of Grove City College has spent the better part of his career and research with a focus on the interaction of religion and politics, along with Catholic social thought, and early modern political philosophy.

He teaches students on political and moral philosophy.  In the course of that, he shows how to factor your own personal religious or moral values while also exploring larger political and strategic issues.