Journalist Kurt Jensen joins Tim to discuss Bob Hope and his USO legacy. The Hollywood legend literally delivered ‘hope’ to generations of troops stationed overseas from World War II to Desert Storm in the early 1990s.  For all that he achieved in Hollywood, perhaps his most lasting legacy is coming to define what it means to “support our troops.” 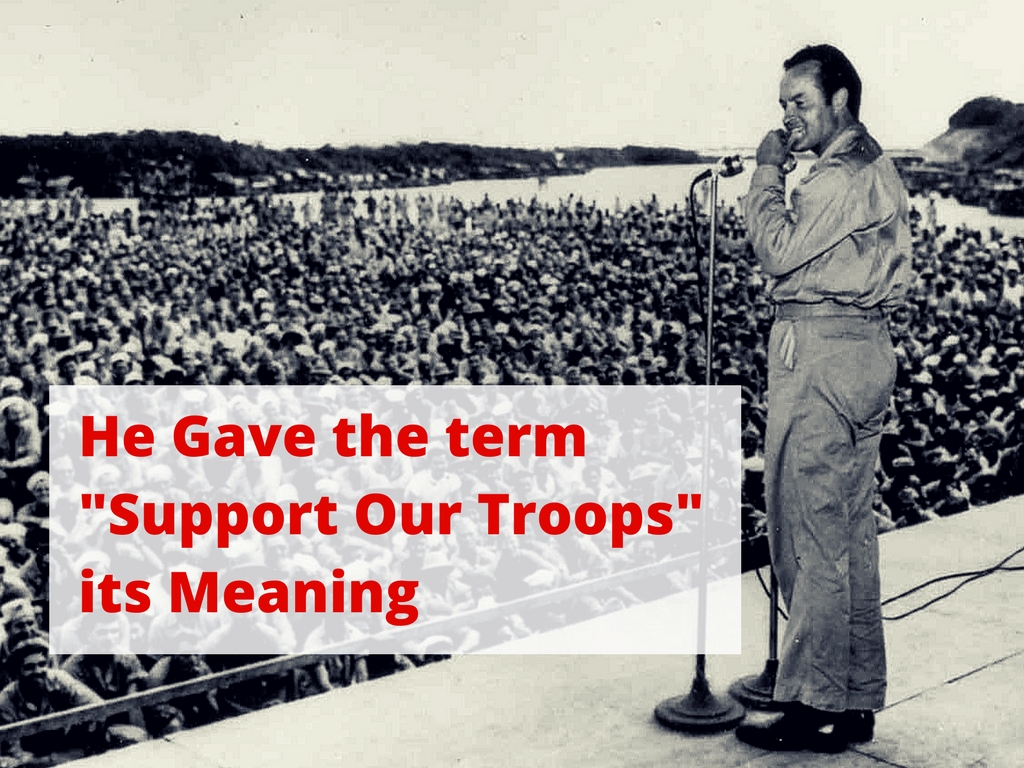 Bob Hope was born Leslie Townes Hope in England in 1903. He became an American entertainer and comic known for a quick delivery of jokes and one-liners who found success in all entertainment media.

He spent his first years in England where his father was a stonemason. He came to the United States when he was four years old. His family settled in Cleveland, Ohio. He had six brothers and worked a number of odd jobs to help the family deal with the financial strains.

He took dancing lessons and developed an act with his girlfriend as a teenager. He then paired up with a series of partners and hit the road, making it to Broadway with Fatty Arbuckle at first (Sidewalks of New York in 1927).

In 1937, he signed his first radio contract and then hosted his own show every week. Hope became one of ratio’s top performers until mid-1950s.

In the late 1930s, he started appearing in feature films. In 1940 he was paired up with Bing Crosby in The Road to Singapore. Several more “Road” pictures followed.

In 1950, on NBC, Hope started to host periodic television specials that were strong ratings-getters for 40 years.

Hope and the USO 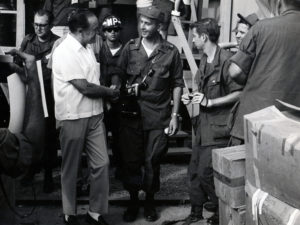 Hope wasn’t the only or the first entertainer to perform for the troops in World War II. Where he diverged was when he continued those overseas tours when the war had ended. He did his first post-war tour in 1948 in Berlin during the Berlin Airlift. He brought along Jinx Falkenberg and Irving Berlin.

“So he became a Cold Warrior that way. An emblem of America,” said our guest Kurt Jensen.

In 1950, he was one of only two American entertainers who went to Korea before the Chinese invaded, and he went to Japan.

Hope once again toured for overseas military in 1954 in Greenland (with Anita Ekberg), and after that, to European bases and Alaska, for the most part.

These tours were broadcast to the country, earning big ratings.

About this Episode’s Guest Kurt Jensen

Kurt Jensen is a veteran journalist who has worked for USA Today and other media organizations. Currently, he is a reporter for Catholic News Service, which he has served since 2007.

Among his colorful memories of encounters with celebrities:

“I was the interviewer/researcher for Michael Sragow’s “Victor Fleming: An American Movie Master.” The big “get” in terms of getting her to cooperate with anecdotage was Olivia de Havilland, but I also interviewed all kinds of old movie players, including a few of the surviving Munchkins from “The Wizard of Oz.”