Jazz great Bob Mintzer joins Tim to talk about  his career in jazz, his body of work, his life in music. Bob is one of the world’s leading jazz saxophonists. He’s classically trained, but a self-taught jazz artist, who talks about the music and how the current pandemic is setting the stage for what’s next. 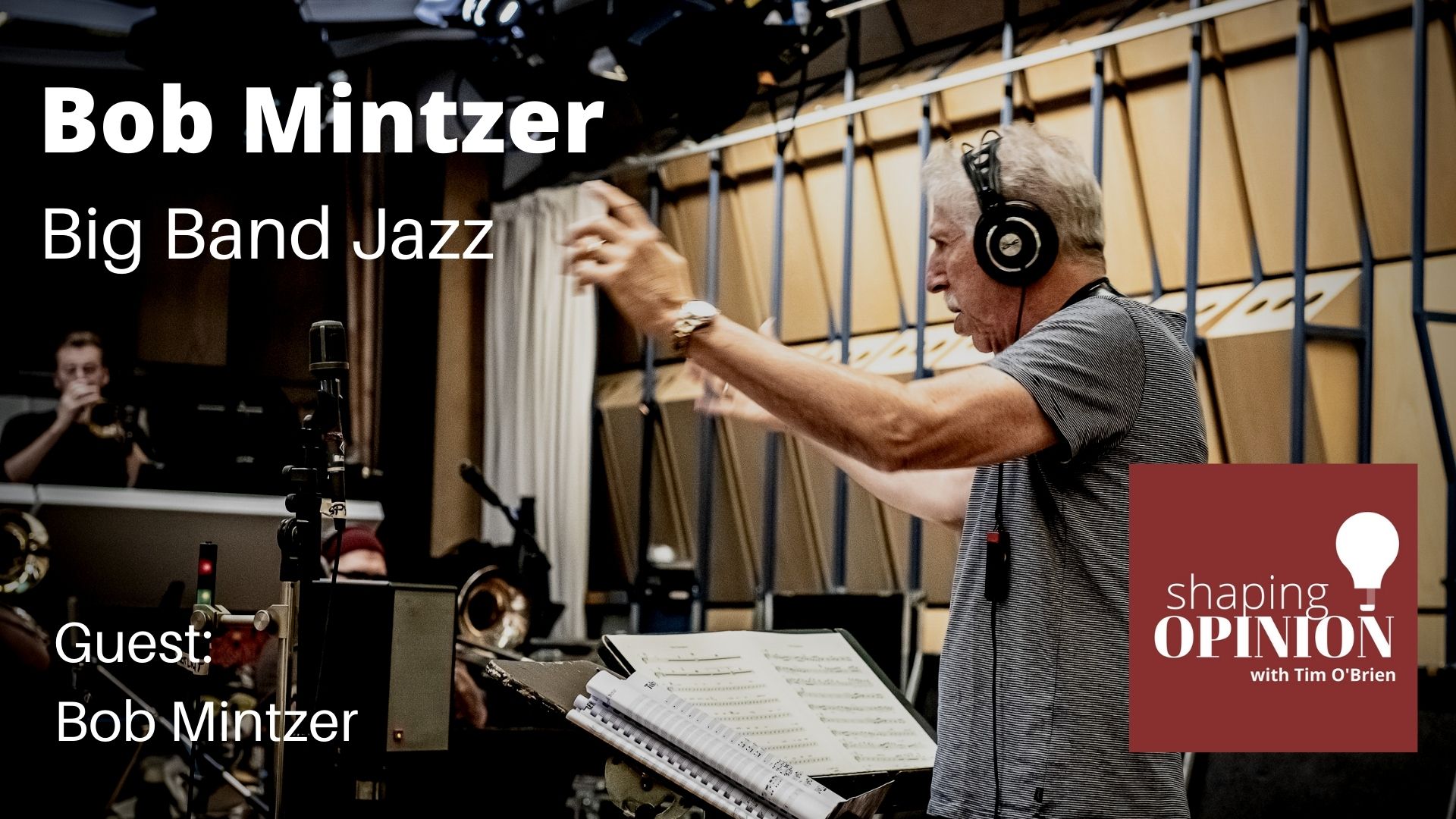 Bob Mintzer is a saxophonist, he’s a woodwind specialist, he’s a composer and arranger, and he’s a music educator.

Music has been a part of his life from an early age. H started by learning to play piano by ear. He moved on to guitar, the clarinet, drums, and then finding the instrument that would help define his musical legacy, the saxophone.

And while many may fall in love with music at a young age, for Bob, he realized that music would be his life’s work in 1969 when he was a teenager. That’s when he received a scholarship to attend the Interlochen Arts Academy in Michigan, and where he saw the kind of commitment was required to become a full-time musician. At Interlochen, Bob met Peter Erskine, who became a colleague and a friend for life.

About this Episode’s Guest Bob Mintzer 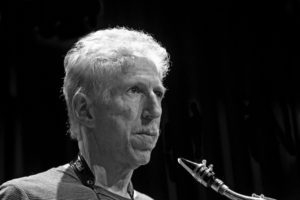 Bob Mintzer is a saxophonist, woodwind specialist, composer/arranger, educator, born January 27 1953 in New Rochelle, New York. He formed a connection to music at a very early age, primarily through playing piano by ear, and later moving on to guitar, clarinet, drums, and eventually saxophone. Bob played clarinet and later saxophone in school band programs while playing guitar and keys in garage bands through high school.

The turning point which solidified Bob’s connection to music as a life long endeavor came in 1969, when he received a scholarship to attend the Interlochen Arts Academy in Michigan. There he saw first hand what kind of commitment was involved in becoming a full time musician. It was at Interlochen that Bob met Peter Erskine, who became a colleague which continues to this day some 50 years later.

Bob attended the Hartt School of music 1970-72 and the Manhattan School of Music 72-74. He was a clarinet major in both institutions while teaching himself jazz and getting together with musicians outside of school. Hartford had a small band of musicians playing jazz every night, which provided an opportunity for Bob to play regularly. In NYC the loft scene was in full swing, and Bob developed many connections in the loft sessions that were taking place nightly, sometimes until 6 in the morning.

In 1974, upon finishing his year at MSM, bob joined the Tito Puente Orchestra and simultaneously did some touring with Eumir Deodato. 1975 brought an opportunity for Bob to join the Buddy Rich band and toured steadily with that band for 2 plus years. The ability to play every night, travel the world, and begin to write arrangements was a golden opportunity.

By 1978 Bob was playing with several small jazz groups (Stone Alliance, Teruo Nockamura, a short encounter with Art Blakey, Joe Chambers, Mike Manieri) and was asked to join the Thad Jones/Mel Lewis Orchestra. Bob played with Thad and Mel for 6 months, and later with Mel, as Thad had moved to Europe. In 1980 Bob arranged a project for the Mel Lewis Jazz Orchestra to be recorded live at the Montreal Jazz Festival of the music of Herbie Hancock.

In 1981 through 1982 Bob was a member of the Jaco Pastorius Word of Mouth band., playing tenor sax, bass clarinet, and doing some arranging/composing for both the big and small band components. There are several recordings and videos of this band out and about.

In 1983 Bob started his big band in NYC which consisted of many of the finest musicians in town (Michael and Randy Brecker, Marvin Stamm, Lou Soloff, Barry Rogers, Dave Taylor, Don Grolnick, Will Lee, Peter Erskine, Roger Rosenberg). The band performed regularly at 7th Avenue South (club owned by the Brecker Brothers) and occasionally at the Village Vanguard. Around this time Bob made contact with Tom Jung who had one of the first compact disc labels Digital Music Productions. This began a 23-year relationship where Bob recorded 12 big band cd’s and one small band cd (One Music with members of the Yellowjackets). There were 4 Grammy nominations in there and one Grammy win for the Homage to Count Basie CD.

During the ‘80s Bob did a fair amount of session work in NYC, playing on numerous recordings as well as jingles and television music. He also joined the faculty at the Manhattan School of Music and spent 22 years there.

In 1990 Bob joined the Yellowjackets in Los Angeles to record a project for the GRP label called Greenhouse. This encounter started a 30-year relationship that continues to this day. The band has recorded some 16 projects in this time period with 12 Grammy nominations.

2008 brought a move from Hastings on Hudson, New York to Los Angeles. Bob accepted the Barbara and Buzz McCoy endowed chair position in the Thornton School of Music Jazz program. He and his wife Carla eventually settled in a former home of Arnold Schoenberg in the Hollywood hills. Bob is still currently on faculty there.

In 2016 Bob was asked to be the chief conductor of the WDR Big Band in Cologne, Germany. He currently holds that position.