Don’t Tell Alice Roosevelt Longworth What to Do

Biographer Carol Felsenthal joins Tim to tell the story of one of the most talked about members of a first family in 100 years. Alice Roosevelt Longworth was Teddy Roosevelt’s daughter who was well ahead of her time for her wildness, her outspokenness and her ability to make headlines. And long after Teddy died, Alice continued as force of nature for anyone who was anyone in Washington, D.C. throughout the 20th Century until her death at 96 years old in 1980. 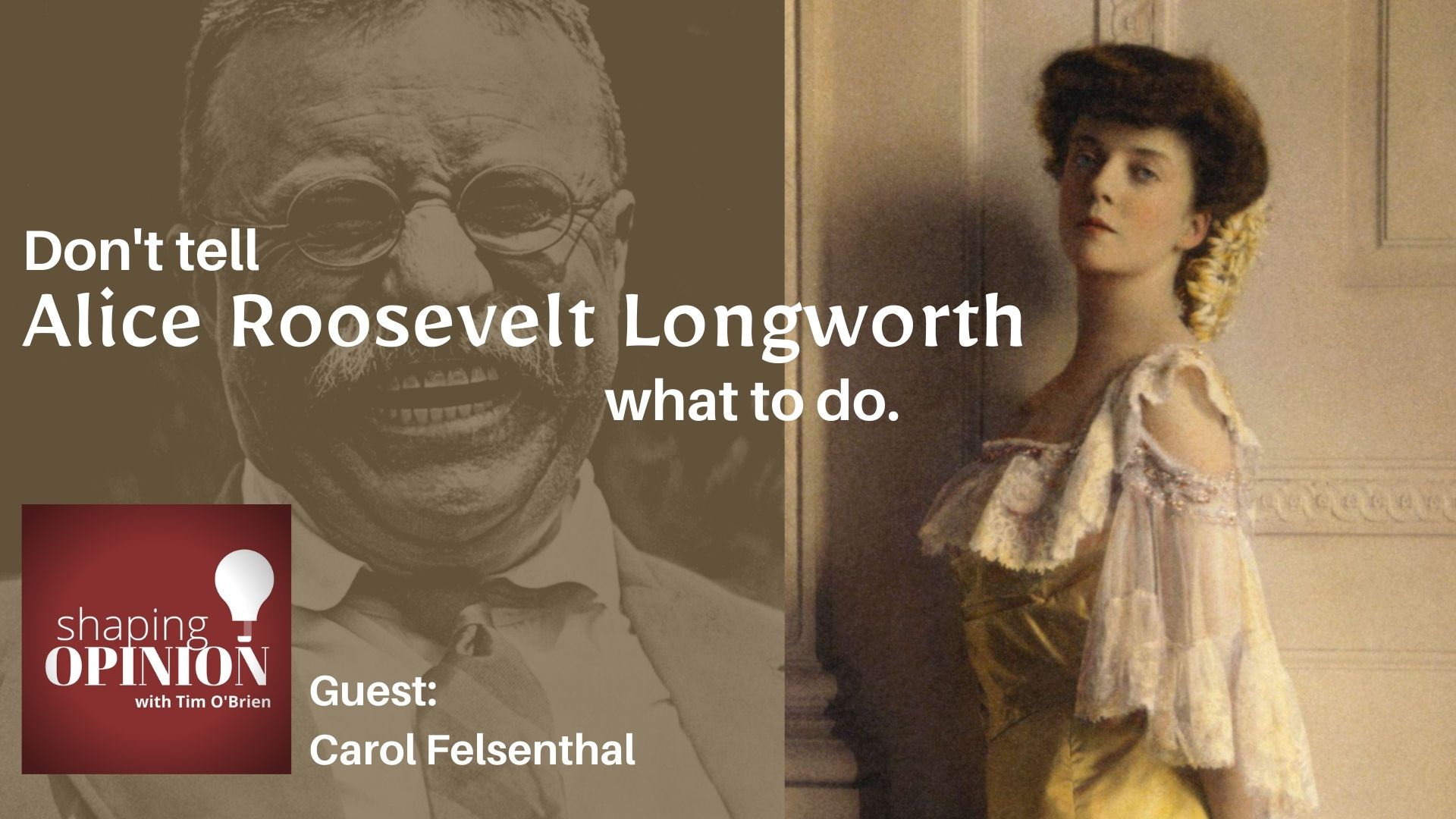 Theodore Roosevelt, better known as Teddy Roosevelt was the nation’s 26th president. He had a colorful history in government and in the army. He was colonel of the First U.S. Volunteer Cavalry that was better known as the “Rough Riders.”

As president of the United States, he was no less tenacious. He was once shot by a would-be assassin while giving a speech, and he continued to deliver the speech to its end without quitting.

So, it may not come as a surprise that Teddy would have a daughter with an equally indomitable spirit.

Alice Roosevelt Longworth was born on February 12th, 1884. She grew up with five half-siblings and during her younger years, lived wherever her father’s jobs took the family.

Historians have described Alice as intelligent, stubborn, and strong-willed.

When her father Teddy became President of the United States in 1901, Alice would soon find herself in the spotlight – though some would say, she actually stole the limelight from her larger-than-life father.

As First Daughter, Alice was a celebrity and the stories are many. Like the time she was found smoking on the White House roof. Or, carrying a snake in her purse. Or betting on horse races.

The public loved her.  And since Teddy was a smart politician, he knew not to get between the public and someone they adored.

She traveled the world as a member of the first family and served its goodwill ambassador. But it didn’t stop there.

She would marry congressional representative Nicholas Longworth in 1906 and soon become one of the leading socialites in Washington society for the better part of the 20th Century until her death in 1980.

Anyone who was anyone in Washington wanted to know her, and wanted to stay on her good side.

She knew a lot of people and had a sharp wit. One of her most famous sayings is when she said: “If you don’t have anything good to say about someone, come here and sit next to me.”

Carol Felsenthal is an author of numerous biographies, and she found the story of Alice Roosevelt Longworth just too good to pass up.

About this Episode’s Guest Carol Felsenthal 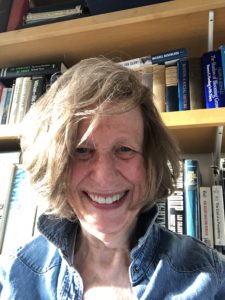 Carol Felsenthal is the author of unauthorized biographies of Washington Post owner Katharine Graham, Conde Nast owner and chairman Si Newhouse, and the most famous and infamous of presidential children, Alice Roosevelt Longworth.

She has taught a course titled “Writing Profiles” to college and graduate students at the University of Chicago.

She has given speeches around the country and abroad on the subject of her experiences writing about some of the country’s richest and most powerful people, and she has appeared on scores of television and radio shows.