Writer and editor Martha White joins Tim to discuss her work on the new book called, “E.B. White On Democracy,” a collection of her iconic grandfather’s essays, poetry and letters on democratic society. E.B. White wrote the children’s stories of Charlotte’s Web and Stuart Little. His work on the book The Elements of Style is iconic. But he was best known during his lifetime as an essayist, a poet and a writer for The New Yorker and others.

Sometimes it’s a good idea to start at the beginning. Other times you have to start with the ending. Today, let’s start at the end with the obituary that the Los Angeles Times wrote for E.B. White on October 2nd 1985:

“White was familiar to millions on various levels. He was the author of Charlotte’s Web, Stuart Little, and the Trumpet of the Swan, children’s books that have also delighted adults. He was well known to writers for updating The Elements of Style, a highly praised guide to writing and English usage written by one of White’s college professors, Will Strunk.

“He was probably at his best, however, in his essays on American life, both urban and rural, many of which appeared in The New Yorker. White also wrote editorials for The New Yorker. And more than any other writer associated with the magazine since its founding in February 1925, he helped set its tone and style.

…And he was often very funny.”

In this episode you’ll get to know E.B. White in a new and different way. We’ll talk about his writings on democracy.

E.B. White was a product of a different time, having lived through the Great Depression, World Wars One and Two. To be sure, E.B. White’s point of view can easily be described as progressive, but as we’ll see, his writings have a timeless quality with appeal for people across the political spectrum.

Martha White is E.B. White’s granddaughter and the editor of, “E.B. White On Democracy.”

Total Moral Resistance – June 22nd, 1940 – The Germans had invaded France and France surrendered. E.B. White wrote: “We are of the opinion that something of a total nature is in store for this country, and we don’t mean dictatorship or vigor. We mean a total rejection of the threat with which we are faced, and a total moral resistance to it.”

“Democracy is now asked to mount its honor and decency on wheels, and to manufacture, with all the electric power at its command, a world which can make all people free and perhaps many people contented. We believe and shall continue to believe that event that is within the power of men.”

Fascism – August 7th, 1943 – One month later – “It is getting so a fascist is a man who votes the other way. Persons who vote your way, of course, continue to be ‘right-minded people.’”

Fascists is a member of a party or a believer in ideals that “a nation founded on bloodlines, political expansion by surprise and war, murder or detention of unbelievers, transcendence of state over individual, obedience to one leader, contempt for parliamentary forms, plus some miscellaneous gymnastics for the young and a general feeling of elation.”

After the War – The Media Landscape

The Importance of Free Press – November 16th, 1946 – Talked about a newspaper not supported by advertising and newspaper ownership.

“The majority of the voters may not always go along with the majority press opinion, but if there are enough owners of enough papers, the people at least have access to the whole range of fact and opinion, not just to part of it. Then what they decided to do is based on information, not on mysticism.”

Discredit of Others – October 4th, 1952 – An election year. “We doubt that there ever was a time in this country when so many people were trying to discredit so many other people.”

“Discreditation has become a national sickness, for which no sure has so far been found, and there is a strong likelihood that we will all wake some morning to learn that in the whole land there is not one decent man.”

“Vilification, condemnation, revelation – these supply a huge part of the columns of the papers, and the story of life in the United States dissolves into a novel of perfidy, rascality, iniquity, and misbehavior.”

“Nobody ever acquired strength by publishing somebody else’s weakness, and to look for strength in that quarter is to grab at shadows.”

Our thanks to the following for their poetry readings in this episode: Scott Gurian of the Far from Home Podcast; Javier Leiva of the Pretend Radio Podcast; and “A Concerned Citizen” from the Swindled Podcast.

About this Episode’s Guest Martha White 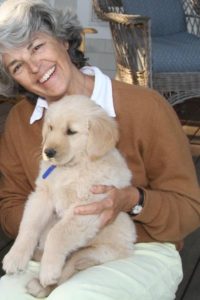 Martha White, the granddaughter of E. B. White, lives in Maine and manages the White Literary LLC. She edited the updated Letters of E.B. White for HarperCollins, in 2006; In the Words of E.B. White, Quotations from America’s Most Companionable of Writers for Cornell University Press, in 2011; and E. B. White on Dogs for Tilbury House Publishers, in 2013. A freelance writer herself, Martha was formerly a contributing writer and editor to Yankee Magazine and the Old Farmer’s Almanac, where she wrote two weekly syndicated columns and published Traditional Home Remedies for Time-Life. Her essays have appeared in The New York Times, Christian Science Monitor, The Boston Globe, Down East, Family Circle, Country Journal, Early American Life, and many other publications.