Emmet Cohen: Next Generation of Jazz

Rising jazz phenom Emmet Cohen joins Tim to talk about a music, jazz and how he’s part of the larger continuum of the jazz lineage. He describes how the music is timeless and has appeal for generations to come. 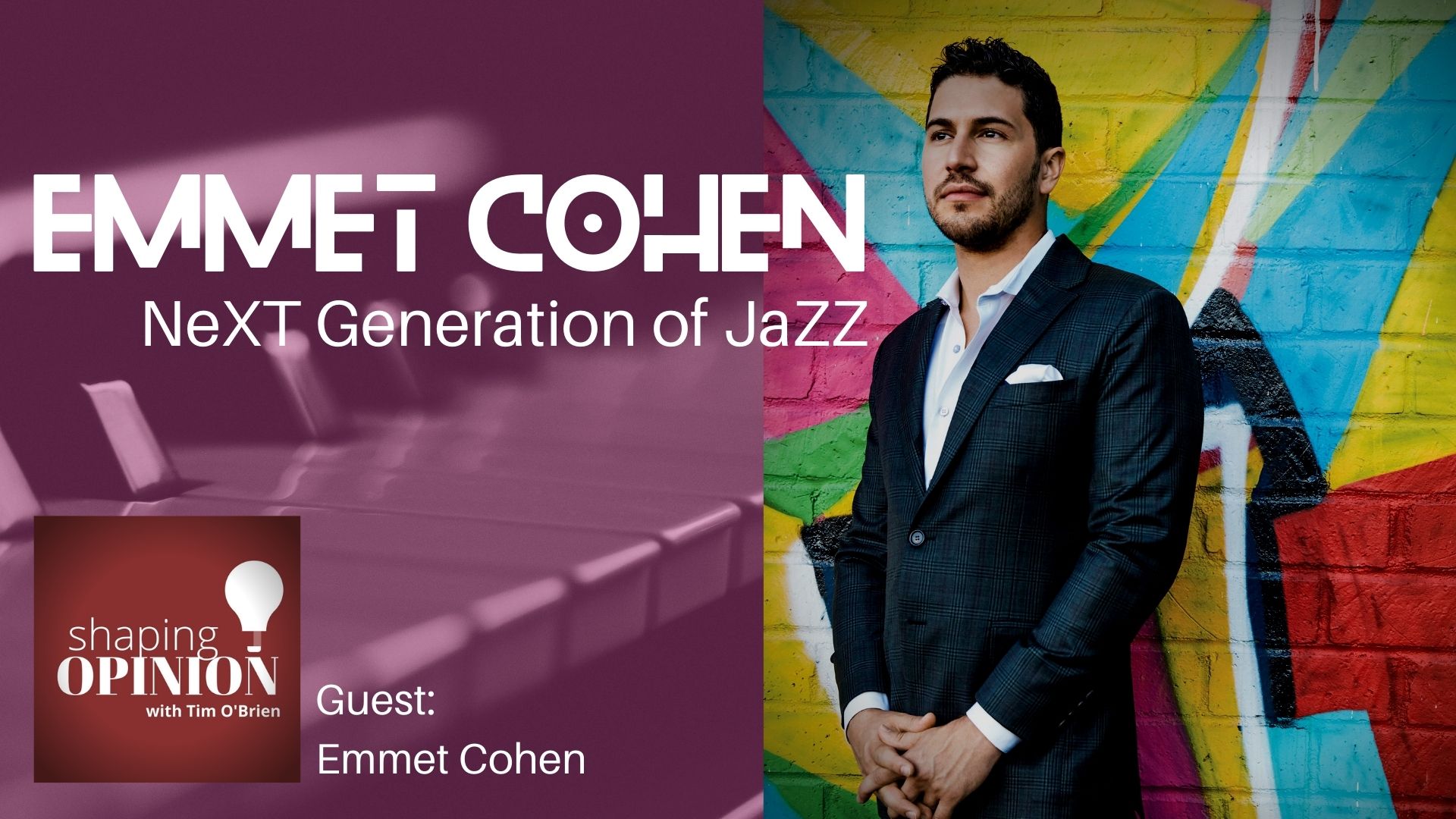 When you listen to Emmet Cohen play jazz piano, he’ll take you back to another time.

Never mind that that time was well before his own. Emmet is a millennial, a generation that has embraced a myriad of musical genres, but they aren’t known for their love of jazz.

Emmet is not only an exception, but he just may be one of the reasons new generations will rediscover the beauty and artistry of jazz music in years to come.

About this Episode’s Guest Emmet Cohen 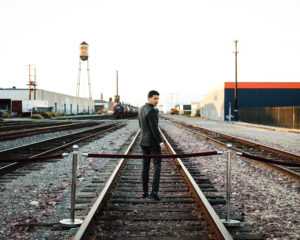 Multifaceted American jazz pianist and composer Emmet Cohen is in the vanguard of his generation’s advancement of music and the related arts. A recognized prodigy, Cohen began Suzuki method piano instruction at age three, and his playing quickly became a mature melding of musicality, technique, and concept. Downbeat observed that his “nimble touch, measured stride and warm harmonic vocabulary indicate he’s above any convoluted technical showmanship.” Cohen notes that performing jazz is “about communicating the deepest levels of humanity and individuality; it’s essentially about connections,” both among musicians and with audiences. He leads his namesake ensemble, the “Emmet Cohen Trio,” is a vibrant solo performer, and is in constant demand as a sideman. Possessing a fluid technique, an innovative tonal palette, and an extensive repertoire, Cohen plays with the command and passion of an artist fully devoted to his medium.

Emmet Cohen is committed to the intergenerational transfer of the knowledge, history, and traditions of jazz. His signature professional undertaking is the “Masters Legacy Series,” a celebratory set of recordings and interviews honoring legendary jazz musicians. He serves as both producer and pianist for each album in the series. This landmark, ongoing project provides musicians of multiple generations the means to share the unwritten folklore that is America’s unique artistic idiom. Cohen has observed that jazz “is enriched immeasurably by connecting and studying with jazz masters, forging backward to the very creation of the art form.” Four volumes of the “Masters Legacy Series” have been released, spotlighting Cohen’s collaborations with Jimmy Cobb, Ron Carter, Benny Golson, Tootie Heath, and George Coleman. 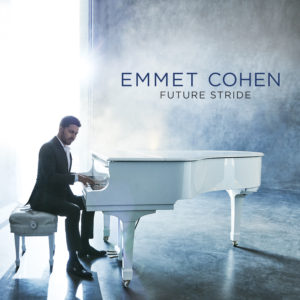 Emmet Cohen is the winner of the 2019 American Pianists Awards and the Cole Porter Fellow of the American Pianists Association, and Artist-in-Residence at the University of Indianapolis. He placed first in both the 2014 American Jazz Pianists Competition and the 2011 Phillips Piano Competition at the University of West Florida and, as a finalist in the 2011 Thelonious Monk International Piano Competition, he was received in the Oval Office by President Obama. Cohen has appeared in varied international jazz events, including the Newport, Monterey, Detroit, North Sea, Bern, Edinburgh, and Jerusalem jazz festivals, as well as the New Orleans Jazz and Heritage Festival and the 2014 Sochi Winter Olympics in Russia. He has also performed at the Village Vanguard, the Blue Note, Dizzy’s Club Coca-Cola, Birdland, Jazz Standard, London’s Ronnie Scott’s, Jazzhaus Montmartre in Copenhagen, Lincoln Center’s Rose Hall, the Cotton Club in Tokyo, and Washington’s Kennedy Center. He is Hammond B-3 organist-in-residence at Harlem’s SMOKE jazz club.

Cohen has achieved a comprehensive position in the world of the creative arts that extends beyond keyboard performance. He serves as an international clinician through programs such as Lincoln Center’s “Jazz for Young People”; however, in his role as a master teacher he reaches learners of all ages. Himself an alumnus of the YoungArts Foundation, Cohen now curates multidisciplinary YoungArts programs nationally that include creative writing, theater, dance, visual arts, cinematography, music, voice, and jazz. Through designing curricula and selecting master artists as teachers and mentors, Cohen establishes an atmosphere in which student performers become responsive to their audiences. Cohen has also assisted in developing interdisciplinary programs directed by choreographers Debbie Allen and Bill T Jones.

A dynamic and charismatic performer, Emmet Cohen possesses wide-ranging talents that are invigorating the contemporary arts world both at home and abroad and are received enthusiastically worldwide. He is a Yamaha artist.