Historian, author and Heritage Foundation Distinguished Fellow Lee Edwards joins Tim to talk about the Berlin Wall, the world that created it, the Cold War that fostered it, and the free world that brought it down. This episode was originally released April 1, 2019. 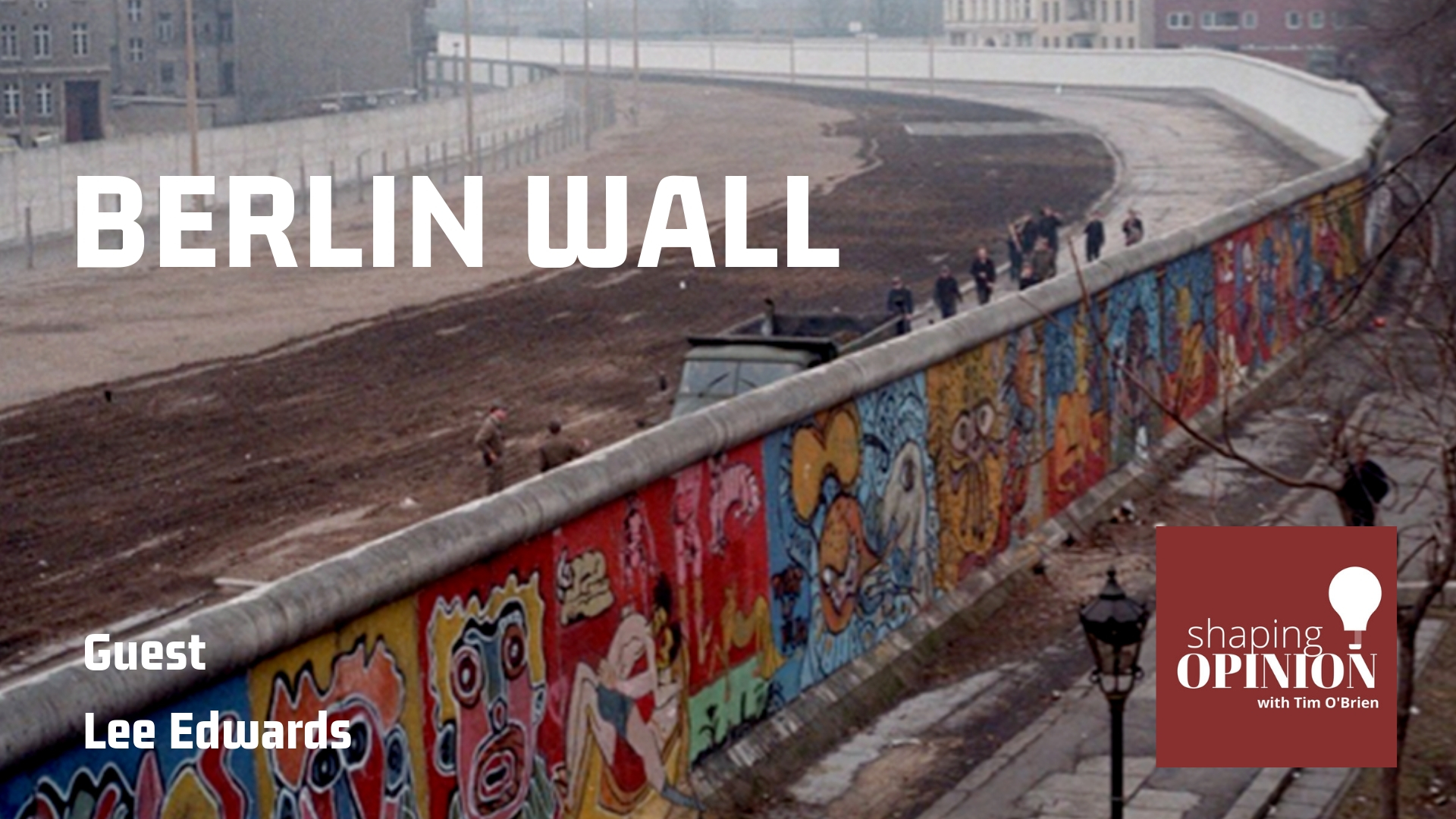 The Berlin Wall was as much a symbol for communist oppression as it was a barrier created to contain citizens of communist East Germany.

At the end of World War II, the allies held two peace conferences in Yalta and Potsdam to determine the postwar map of the world. The key figures at those conferences were Winston Churchill of the United Kingdom, Joseph Stalin of the Soviet Union and Franklin Delano Roosevelt of the United States.

Tensions were already rising between the West and the Union of Soviet Socialist Republics or the USSR.
In this context, the allies decided to split Germany into four “allied zones” to weaken the threat of that country re-emerging as a threat to world peace.

The Eastern part of the country would be controlled by the Soviet Union, and the western part would fall under the control of the United States, Britain and later France would join.

While Berlin is located in the eastern part of Germany, at Yalta and Potsdam, it was determined that as the capitol city, it had such significance that it, too, should be divided.

Going forward, West Berlin became a thriving westernized city and enjoyed postwar prosperity, even though it was located deep inside communist East Germany.  East Berlin, on the other hand, remained in dire straits under the tight grip of communism.

The U.S. and its allies decided to conduct airlifts of humanitarian aid to West Berliners. Eventually the blockade ended, but tensions continued as the Soviets and the U.S. as super powers engaged in a nuclear arms race for global domination.

The threat of World War III was ever-present. By 1958, the Soviets lost large numbers of skilled workers to the West as more and more of East Germans sought freedom in the West. By June 1961, roughly 19,000 people left East Germany through Berlin.

On August 12, 1961, roughly 2,400 refugees defected to Berlin in a single day. This was the largest number of people to leave East Germany in one day.

That night, Soviet Leader Nikita Khrushchev approved East Germany’s plans to stop to flow of refugees by closing its border.

In one night, part of the Berlin Wall was built.  This did not defuse tensions but had the opposite effect.

While it slowed the flood of refugees going from communism to freedom, it only exacerbated Cold War tensions. This did not stop captive East Germans from trying to escape communist oppression.

171 people died trying to defect, while another 5,000 East Germans found a way to successfully reach freedom in the West.

On Friday, June 12th 1987, President Ronald Reagan gave a historic speech of his own at the Berlin Wall.
In it, he stepped up his pressure on the Soviet Union, reinforcing his strong positions against the oppression of communism, and then he delivered the now famous line when he called for Soviet leader Mikhail Gobachev to “Tear down this wall.”

November 9, 1989 0 East Berlin’s Communist Party announced a change in its travel ban with the West. They said East German citizens were now free to cross the city’s borders. Both East and West Berliners descended on the wall and celebrated.

Guards opened the checkpoints and 2 million people from both East and West joined together to celebrate. Then they physically started to tear it down.

About this Episode’s Guest Lee Edwards 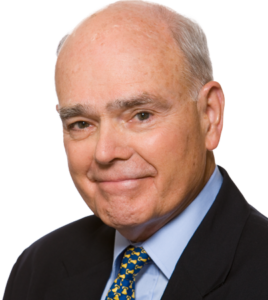 Lee Edwards, distinguished fellow in conservative thought at The Heritage Foundation, is a leading historian of American conservatism and the author or editor of 25 books.

Edwards also is adjunct professor of politics at the Catholic University of America and chairman of a foundation that dedicated the Victims of Communism Memorial in Washington, D.C., in 2007.

His books include biographies of Ronald Reagan, Barry Goldwater, William F. Buckley, Jr. and Edwin Meese III as well as histories of The Heritage Foundation and the American conservative movement. His works have been translated into Chinese, Japanese, French, Hungarian and Swedish.

Edwards’ next book, written with Elizabeth Edwards Spalding, is “A Brief History of the Cold War,” to be published by Regnery in the spring of 2016. 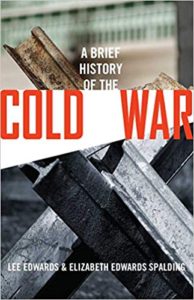 He has appeared frequently on broadcast and cable outlets such as Fox News Channel, CNN, Bloomberg, NBC, PBS, C-SPAN and NPR. His work has been published in The Wall Street Journal, The Boston Globe, Los Angeles Times, National Review, Human Events, Claremont Review of Books and The American Spectator, among other places.

His awards and honors include the Order of Merit of the Republic of Hungary, the Millennium Star of Lithuania, the Cross of Terra Mariana of Estonia, the Friendship Medal of Diplomacy from the Republic of China (Taiwan), the John Ashbrook Award, the Reed Irvine Media in Accuracy Award, Legend of YAF from Young America’s Foundation, and the Walter Judd Freedom Award.

Edwards received a doctorate in world politics from Catholic University as well as a doctor of humane letters degree from Grove City College. He did graduate work at the Sorbonne in Paris. He also holds a bachelor of arts degree in English from Duke University.

He lives in Arlington, Va., with his wife Anne, who assists him in all his writing.