Father Leo Patalinghug joins Tim to talk about his unconventional ministry that blends food, faith and fun. Father Leo is a podcast host, a celebrity cook of sorts, a sought-after public speaker and a Catholic priest. He tells about how he connects with people over food where they live. 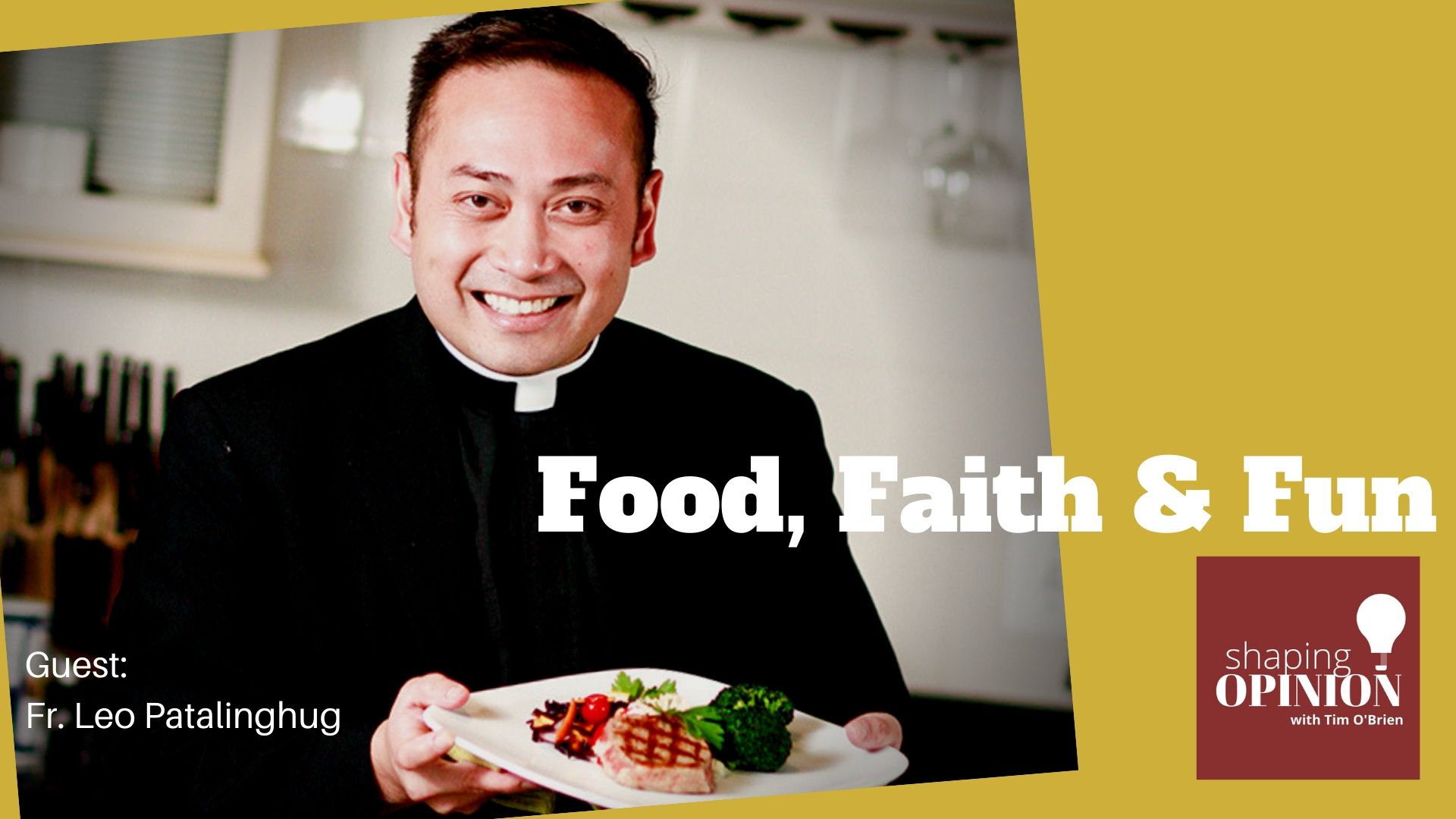 By now you’re heard the term personal branding. Usually when you hear the term it’s about how to turn yourself into a business, or at least create a personal identity that makes you more marketable in the job market.

Today, we’re going to talk to Father Leo, a Catholic priest who has deployed nearly every tool in the personal branding toolbox, but not for himself. He’s on a mission. As Dan Akroyd said in the movie classic, the Blues Brothers, he’s on a mission from God.

Where do we start?

Father Leo is involved in many things. He’s a Catholic priest. He’s a renowned chef, an author, a podcast host, a theologian, a relationship expert, an international speaker, an entrepreneur, and he’s even a black belt martial arts instructor.

But don’t let the diversity of all of this fool you. There is a common thread.

No matter what he does, Father Leo’s message is one that he says attempts to unify people.