Hanukkah, The Festival of Lights

Rabbi Seth Adelson joins Tim to talk about the story of Hanukkah, its history, its traditions and its meaning. Rabbi Adelson serves the Congregation Beth Shalom in Pittsburgh. 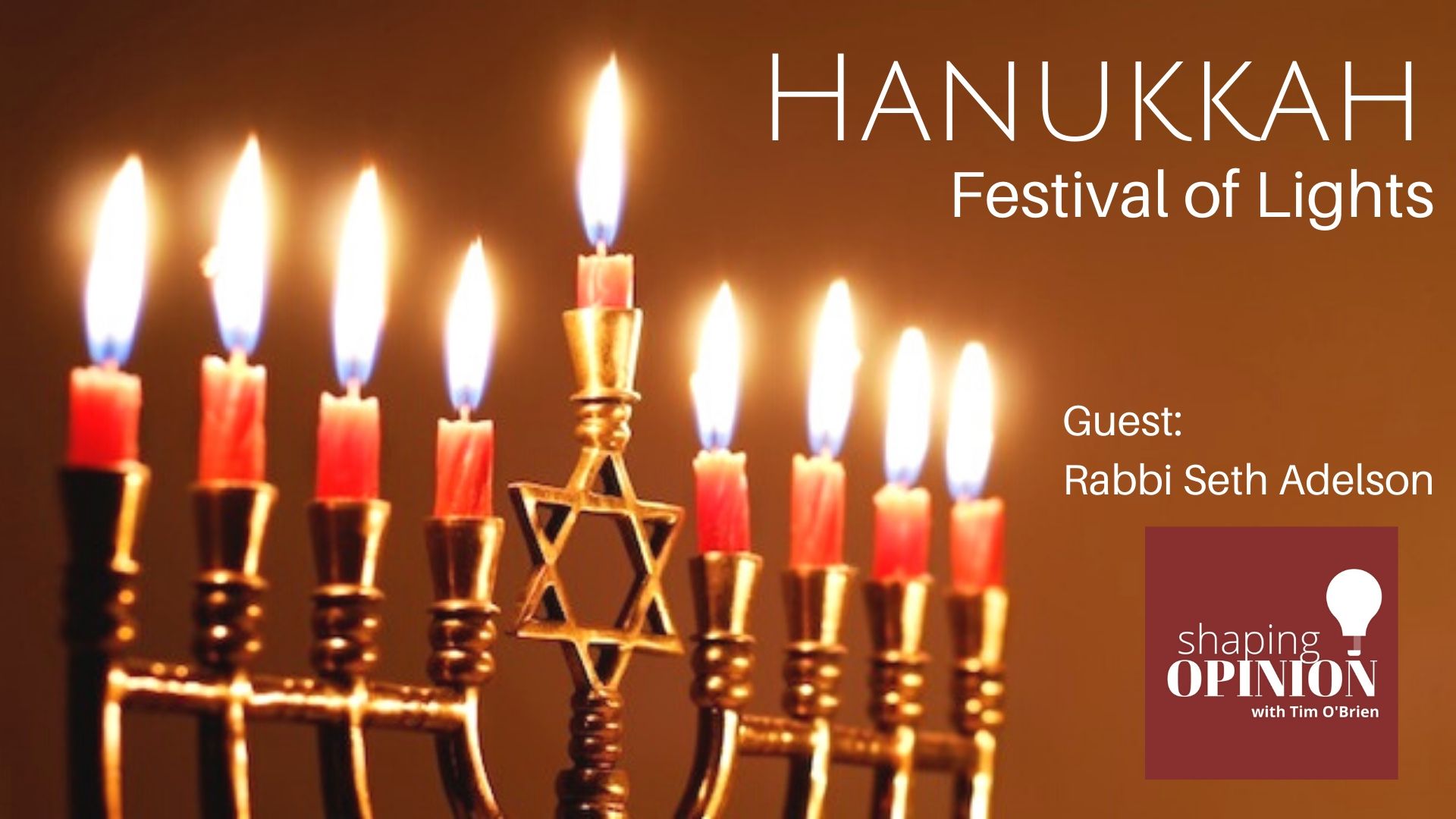 It’s often called the Festival of Lights, and it usually happens in November or December each year. It’s the Jewish celebration of Hanukkah, and it takes place over eight days.

Hanukkah commemorates the rededication of the Second Temple in Jerusalem during the second century B.C.

The story centers on the Maccabean Revolt, where the Jewish people had risen up against their Greek-Syrian oppressors.

Hanukkah means “dedication” and it begins on the 25th of Kislev on the Hebrew calendar. It is often called the Festival of Lights, and it’s celebrated with the lighting of the menorah, traditional foods, games and gifts.

This was during the reign of Alexander the Great. He had conquered Syria, Egypt and Palestine, but he allowed lands under his rule to continue observing their own religions.

About 100 years later, a successor to Alexander was Antiochus II. He continued to allow the Jews who lived there to practice their faith. His son, Antiochus IV Epiphanes, didn’t see it the same way.

According to history, when he took control, he outlawed the Jewish religion and ordered the Jews to worship Greek gods. In 168 (or 164) BC, his soldiers attacked Jewish people in Jerusalem, killing thousands and desecrating the city’s holy Second Temple.

He erected an altar to Zeus and sacrificed pigs as further insult to the Jewish people. Around that time, Jewish priest Mattathias and his five sons led a full-scale rebellion against Antiochus and the monarchy.

Mattathias died in 166 (or 167) BC, two years late, and his son Judah, also known as Judah Maccabee, took the lead.

In the next two years, the Jews were able to drive the Syrians out of Jerusalem, using what we would describe as guerilla warfare strategies. Judah then called on the Jewish people to cleanse the Second Temple, rebuild the altar and light its menorah.

According to the Talmud, Judah Maccabee and the other Jews who participated in the rededication of the Second Temple saw what they thought to be a miracle.
The temple had a menorah, but only one cruse of olive oil was left pure. The others had been contaminated by the oppressors. Once they lit the menorah’s only cruse they were amazed.

There was only enough oil to keep the menorah’s candles burning for a single day, yet the flames continued flickering for eight nights. This provided time for them to create a fresh supply of oil.

The event served as the inspiration for Jewish sages to proclaim a yearly eight-day festival. 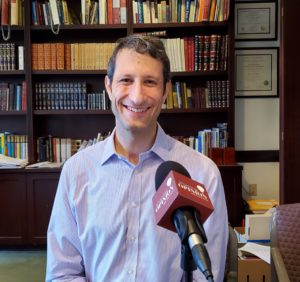 Hailing from Williamstown, Massachusetts, in the Berkshire mountains, Rabbi Seth Adelson’s rabbinic work has focused on making connections, on helping people find meaning in Jewish text and tradition, and on demonstrating the value and power of living Jewishly.

Rabbi Adelson has been in Pittsburgh since 2015, and has led the charge in re-fashioning Congregation Beth Shalom as an open, inclusive community that focuses on connecting Jews with their tradition and helping them to find the kedushah/holiness in their lives.

He spent the previous eight years in Great Neck, New York, serving as Assistant Rabbi and then as Associate Rabbi of Temple Israel of Great Neck. During his tenure on Long Island, he crafted a range of new initiatives that engaged more people, strengthened the community through teaching, pastoring, counseling, and re-framed Temple Israel as a welcoming place.

Prior to that, Rabbi Adelson served for four years as Cantor at the Conservative Synagogue of Fifth Avenue in Manhattan. He was ordained at the Jewish Theological Seminary in New York in 2007, having received cantorial investiture and a Master’s degree in Bible and Ancient Semitic Languages there in 2004. Before changing course in 1999, Rabbi Adelson worked as a chemical engineer for more than five years, and holds a BS in Chemical Engineering from Cornell University (1992), and an MS in the same field from Texas A&M University (1994).