He Reshaped the World After World War Two

Author and historian Rachel Yarnell Thompson joins Tim to talk about the man with a plan, George Marshall, whose “Marshall Plan” reshaped Europe and the world after World War Two. After playing important military roles in winning both World War One and World War Two, he was tapped for what would become his most well-recognized legacy, the rebuilding of the free world. Rachel is the author of: Marshall—A Statesman Shaped in the Crucible of War. 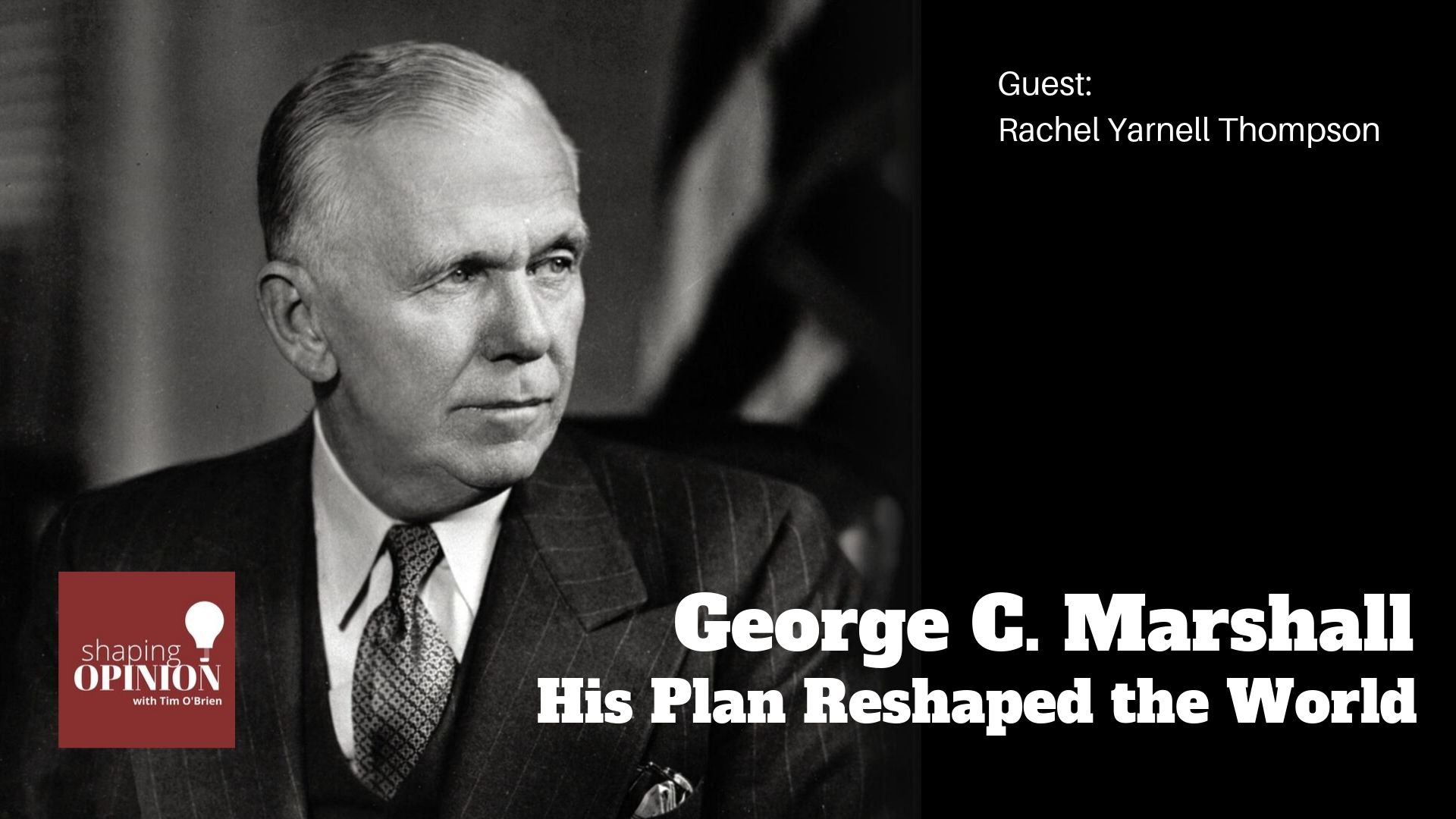 George C. Marshall was named the Army chief of staff in Washington on the day that Nazi tanks rolled through Poland on their way to near complete domination of Eastern and Western Europe. He was the first five-star general in American history.

From that day forward, he transformed the American military into a level of power never before seen. He oversaw the country’s and the allies’ military strategy that led to unconditional victories in Europe and in the Pacific.

In addition to Europe and the Pacific, he oversaw military operations in China and the Mediterranean. 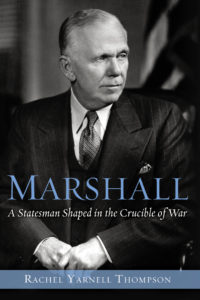 He had the respect of world leaders that included President Franklin D. Roosevelt and Winston Churchill, and of course throughout all of the armed forces.

He was credited with finding the generals who would win the war, including generals Dwight D. Eisenhower, Omar Bradley and George Patton.

He was one of the architects of the D-Day invasion and was set to command the invasion of Normandy, when FDR decided to keep General Marshall in Washington.

FDR said to his general, “I didn’t feel that I could sleep at ease if you were out of Washington.”

George Marshall’s accomplishments are many. Once the war ended, he retired from the military, and in one day was called upon by President Harry Truman to address China’s civil war as the president’s special envoy. President Truman tapped Marshall to serve as his Secretary of State, dealing with the Berlin Blockade, and then to develop and implement the European Recovery Program, better known as the Marshall Plan.

Along the way, George Marshall would become president of the American Red Cross, and President Truman’s Secretary of Defense during the Korean War. He earned the Nobel Peace Prize.

George Marshall was a study in contrasts. He was the commander of the most powerful military the world, yet he was seen as a man of quiet, even humble confidence in his own ideas. He operated in a highly political environment with the world’s leading politicians, yet he refused to become political.

Often, when he was asked of his own party affiliation, he said he was an Episcopalian.

In the process, he won the respect, admiration and the trust of both Democrat and Republican leaders.

Our thanks to Rachel Yarnell Thompson and the George C. Marshall International Center for providing their time and resources in support of production of this episode, including photo depictions. 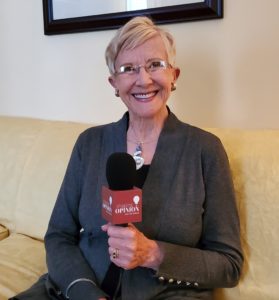 Rachel Yarnell Thompson is The George C. Marshall International Center’s Special Projects Director. The Center is located near the Marshall House, known locally as Dodona Manor, the general’s former residence in Leesburg, Virginia. She is also the author of the book, Marshall—A Statesman Shaped in the Crucible of War.