Dr. Megan Bruck Syal joins Tim to talk about something that until now was just the stuff of science fiction and Hollywood movies…defending Earth against deadly collisions with asteroids and comets. Megan is a planetary defense investigator at the Lawrence Livermore National Laboratory. She and a large team of scientific experts are actively working to establish ways to prevent an asteroid from making impact with earth and threatening life as we know it. 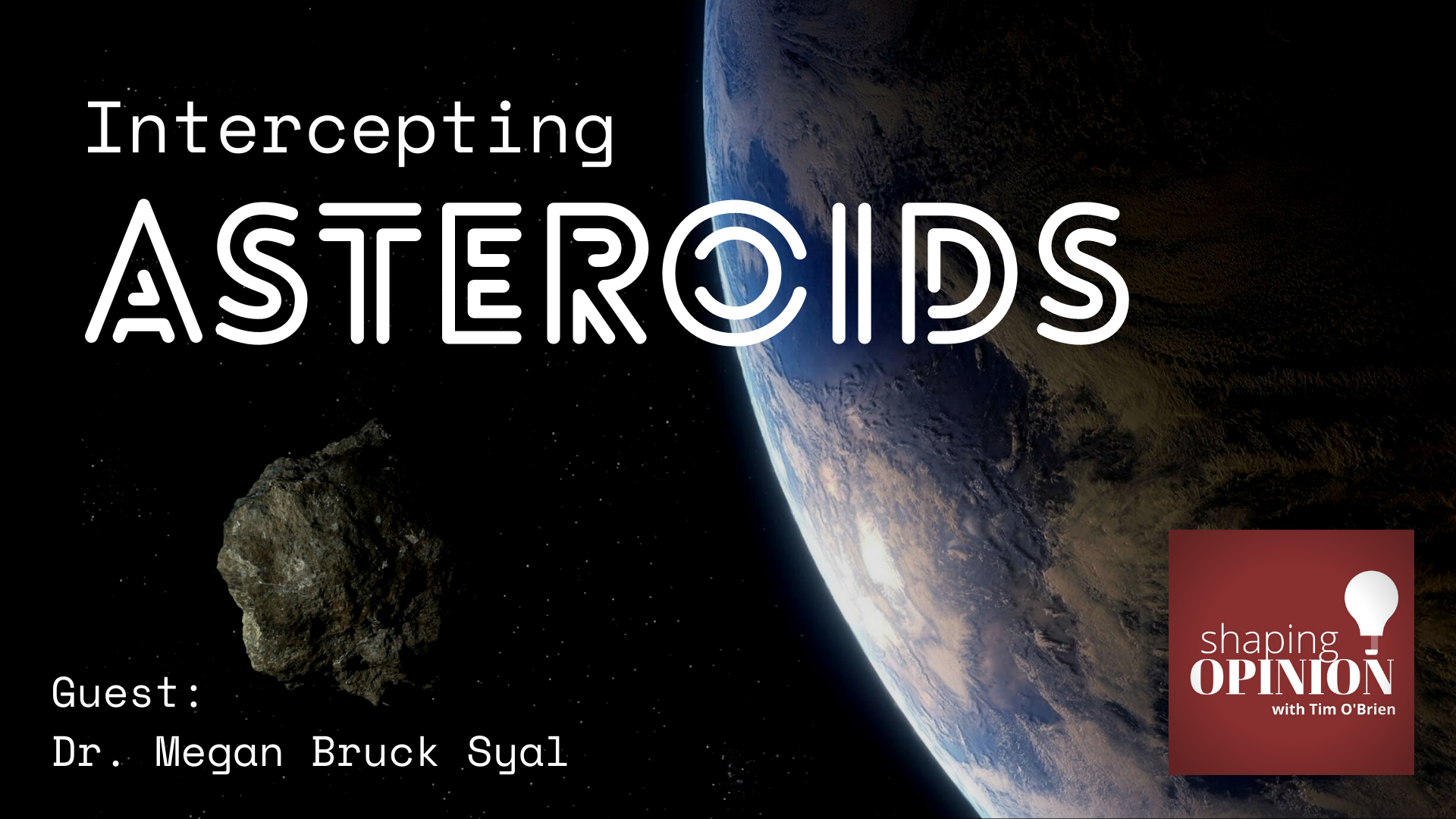 If you have Netflix, there’s a chance you’ve seen the movie that stars Leonardo DiCaprio, Jennifer Lawrence and a cast of other well-known celebrities called “Don’t Look Up.” The picture takes a satirical look at pop culture and our culture in general, but at the core of its plot is the idea that a comet is about to make impact with earth and destroy life as we know it.

We’re not going to get into any great detail about the movie in this episode since the movie is really not centered on what we really want to talk about today. And that is whether human beings can actually take steps to break up or divert a comet, an asteroid or a meteor from earth.

So, let’s look at what actually has happened in our planet’s history.

One of the last times that we know of where a serious asteroid collided with earth was a little over 100 years ago. That was when in 1908, a small asteroid exploded over Siberia, north of Russia. The asteroid was only about 60 meters in diameter, which is the width of a football field.

That explosion was enough to wipe out 800 square miles of forest, which is as big as the entire Washington, D.C. area.  That’s like a small nuclear blast. And that’s a small asteroid!

If you want to know what a big asteroid can do, consider this.

There was a time that an asteroid that was 7.7 miles in diameter hit the earth. That was 66 million years ago. The speed, power and sheer force of the blast was so strong, it created a scar that was 124 miles wide on the surface of the earth. It was traveling at 27,000 miles per hour and stuck our planet 60 degrees above the horizon.

This angle was deadly and caused unbelievable devastation. It vaporized rock formations. It sent 325 gigatons of sulfur into the atmosphere, along with 435 gigatons of carbon dioxide.

The average temperature in the tropics dropped from 81 degrees Fahrenheit to 41 degrees. The sun was blocked by the clouds and gases. Solar heat and light were diminished. Photosynthesis faded. Plant life died. The food chain on both land and in the planet’s waters died. The dinosaurs and many other species of animals quickly went extinct.

One rock hitting the earth in just the right place at the right speed changed the world, and scientists say it’s just a matter of time before something like that can happen again.

But the difference is, this time, there’s a chance we will have two advantages. First, there’s a good chance we’ll know about it beforehand. And second, we might just be able to do something about it.

Dr. Megan Bruck Syal is one of the people working on this problem. She’s an investigator in planetary defense. More to the point, she’s with NASA’s Planetary Defense Coordination Office, and she’s co-investigator on a mission that just launched in November 2021 called DART. That stands for Double Asteroid Redirection Test.

Megan Bruck Syal is a physicist at Lawrence Livermore National Laboratory. Her undergraduate education was at Williams College (Williamstown, MA), where she majored in Astrophysics and Mathematics and Statistics. She attended Brown University (Providence, RI) for graduate school, earning a PhD and ScM in Planetary Geosciences and a ScM in Engineering. Her research includes kinetic and nuclear deflection of asteroids, shock physics experiments, and multi-physics simulations. She leads the Planetary Defense project at Lawrence Livermore National Laboratory.