Jazz Renaissance man John Beasley joins Tim to talk about his multifaceted career and life in jazz music.  He’s a jazz pianist, a composer, an arranger, a music director and a producer. And chances are you’ve heard some of his work through film, TV or commercials. In this episode, John talks about his a one-of-a-kind music lineage and how he balances his many music loves.

John Beasley was born in Louisiana, the birthplace of jazz music. So, you’d think that if he chose a life in music that might be his focus, but it is so much more than that.

John comes from a long line of musicians. His father was a bassoonist, pianist and composer. John’s mother was a brass instrumentalist, a band conductor and an orchestrator. His grandfather was a trombonist.

Needless to say, John grew up around music and musicians. He learned how to play the trumpet, the oboe, the drums, the saxophone and the flute – all mainly because his mother needed wind instrumentalists for her bands. 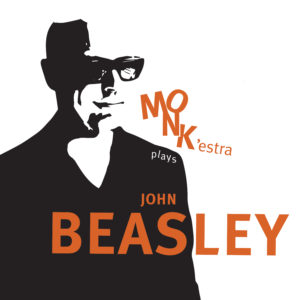 When John was 17 years old, Julliard, the legendary music school in New York City, offered John a scholarship for oboe at the young age of 17. He turned it down.

Instead, he decided to start playing in clubs, even before he reached the legal drinking age. Not long after, he’d embark on his first world tour with Sergio Mendes, the Brazilian artist. He then spent eight years with another jazz icon, Freddie Hubbard.

Meanwhile, he had his own band called Audio Mind. And that’s just the beginning.

Today, John Beasley is a musical Renaissance Man. He’s a performer, a creator, a producer and his work spans forums from live venues to major film and television productions.

Our thanks to John Beasley for his permission to use some of his audio tracks as the soundtrack for this episode.