Country music star Larry Gatlin joins Tim to talk about a life in country music, as a songwriter, as a performer and as a member of one of the most famous vocal groups in the history of country music. Larry is the oldest of the three Gatlin Brothers who hale from West Texas. He is an award-winner, a chart-topper and a member of the Nashville Songwriters Hall of Fame. 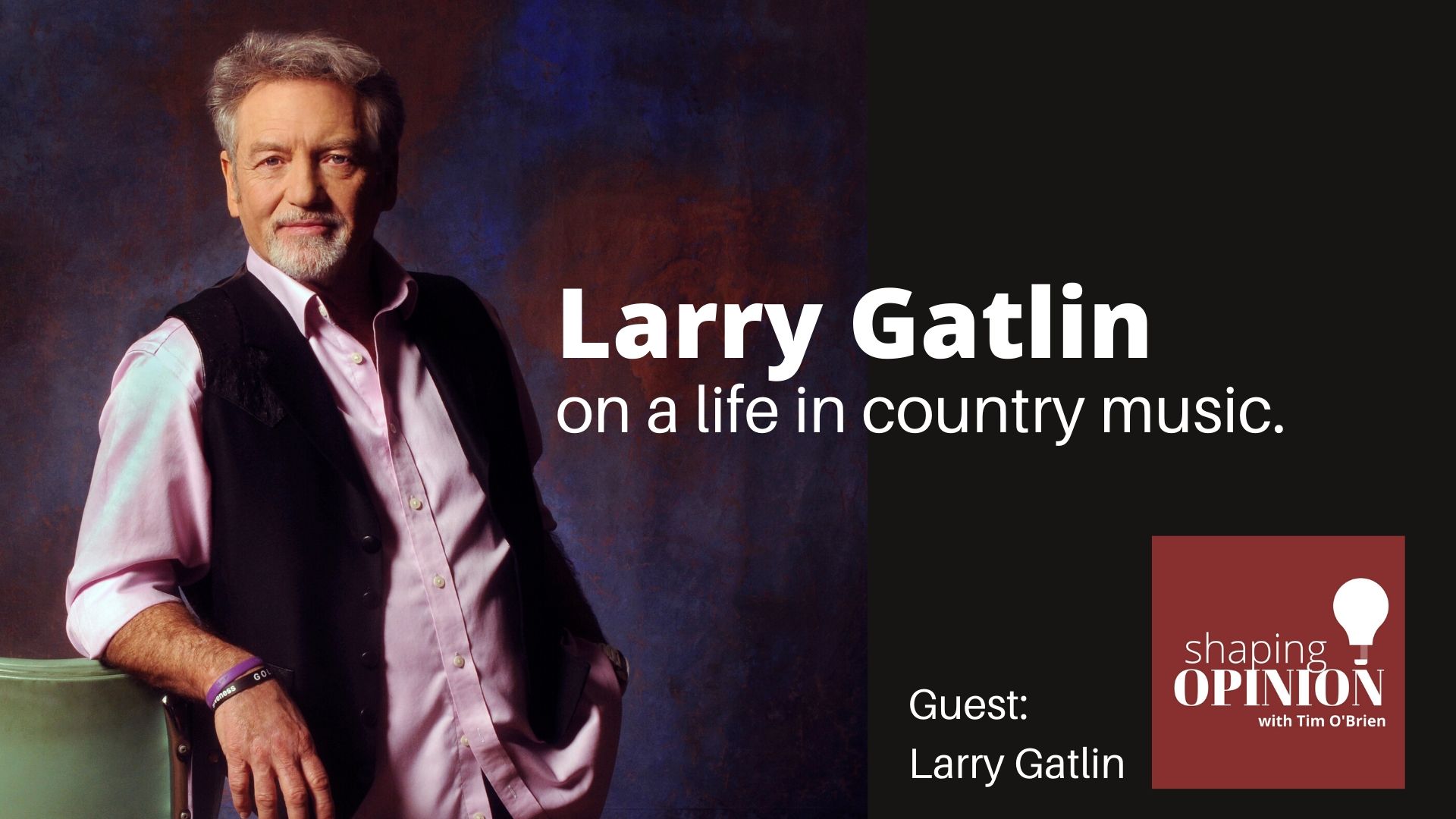 Larry Gatlin was born in Seminole, Texas, the son of a driller in the oil field. He’s the oldest of three musical brothers – Larry, Steve and Rudy would later become known to millions simply as The Gatlin Brothers.

The three brothers started singing young. Larry was only seven when he and his younger brothers would sing at family and church events.

Larry played football on scholarship at the University of Houston, where he didn’t study music, but instead, he majored in English. He said that at college he developed a love affair with the English language, a passion that would serve him well as a songwriter.

After college, Larry started to make a name for himself as a songwriter and performer in Nashville. His brothers would join him later and by 1976, the group had arrived on the national stage.

They toured the United States and around the world. They saw their songs rise in the charts and have enjoyed a career that anyone who aspires to be a country music star would want.

Larry wrote every Gatlin Brothers hit and more. He wrote songs that were recorded by others, like Elvis Presley, Glen Campbell, Barbra Streisand, Johnny Cash and many others.

He’s written an autobiography called “All the Gold in California,” a nod to the title of one of his hit songs. He’s won numerous awards and has seen success on and off of the stage.

Last October, Larry was inducted into the Nashville Songwriters Hall of Fame.

About this Episode’s Guest Larry Gatlin 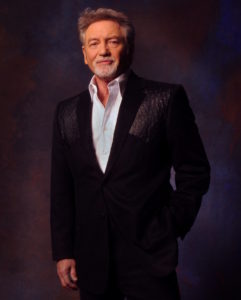 Country star Larry Gatlin was born in 1948 in Seminole, Texas, the son of a driller in the oil field. The oldest of the three Gatlin brothers, by age six, he was already accompanying younger brothers, Steve and Rudy in singing at family and church events.

After high school, Larry went to the University of Houston on a football scholarship. Larry majored in English and developed “a love affair with the English Language” that later served him well in his songwriting.

On the strength of his songwriting talents, Larry Gatlin became known throughout the Nashville music industry. While Steve and Rudy were finishing college, Larry was already touring the small club and listening room circuit as a solo act, looking forward to the time when he could afford to expand his live show to include his brothers.

From 1976 to 1992, the brothers toured extensively throughout the United States, Canada and overseas. They racked up hit after hit and banked some of the most prestigious awards in the industry. Larry penned every Gatlin Brothers hit you’ve ever heard. He has written songs that were later recorded by Elvis Presley, Glen Campbell, Barbra Streisand, Johnny Cash, Kris Kristofferson, Barry Gibb, Ray Price, Tom Jones, Roy Orbison, Johnny Mathis, Dottie West and many more. December of 1992 marked a farewell to concert touring for the Gatlin Brothers as they completed their ADIOS TOUR with a CD of the same name. Then came a major turning point in his career. Larry took the lead role on Broadway in the Tony Award-winning musical “The Will Rogers Follies.” The musical then toured throughout the nation to rave reviews.

Throughout the next decade Larry would go on to write an autobiography, All The Gold In California, record a solo album, In My Life, and occasionally tour solo.

In the early 2000’s the brothers reunited for selective road dates and 2008, recorded their first album in nearly two decades, Pilgrimage. In 2015, the brothers celebrated 60 years of making music together and released a new album, The Gospel According to Gatlin.

During 2017, Larry brought his 30-year labor of love musical to life in Dallas. He wrote and starred in “Quanah,” the story of Quanah Parker, the last Comanche Indian chief.

In October 2019, he was inducted into the prestigious Nashville Songwriters Hall of Fame.

Larry resides in Nashville with the love of his life, Janis, to whom he’s been married for more than 40 years. They are the proud parents of two children, Josh and Kristin. He is also a proud grandfather, lovingly known as “Papa.”