Leaving Venezuela: A Millennial on Socialism

Daniel Di Martino joins Tim to talk about socialism and how it has and continues to affect the people of Venezuela. Daniel was born and raised in Venezuela and fled his homeland in 2016. He is now a freedom activist and economist. Daniel explains socialism’s impact on his homeland’s economy, quality of life, individual freedoms, and how it affected the future for the millennial generation in that country. 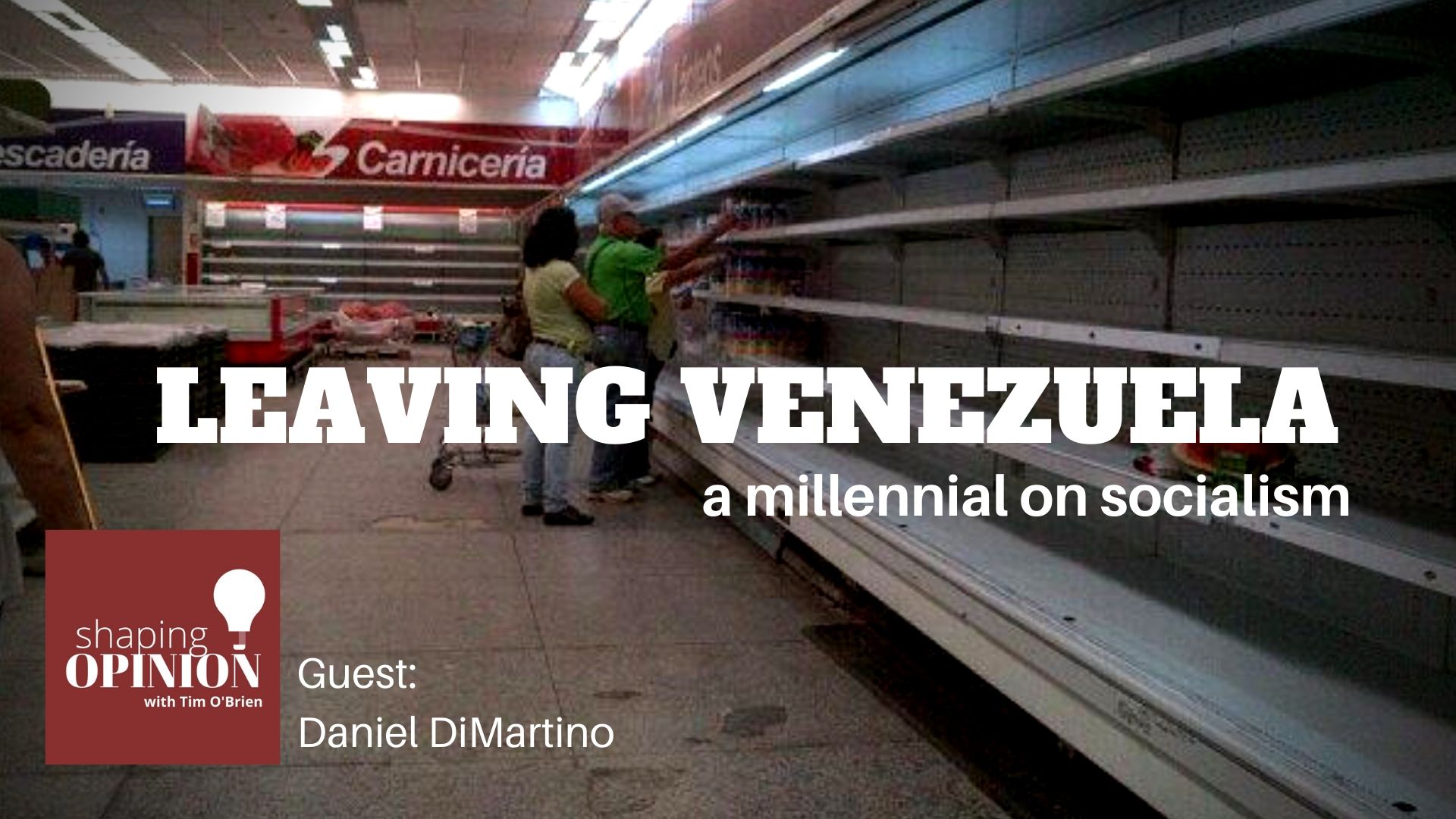 Not that long ago, Venezuela was the wealthiest country in South America. Contrast that to today where the country’s economy and its socio-economic structure has already crumbled.

Millions have fled the country in the midst of mass starvation and violence. As hard times took hold, the government enforced a broad range of socialist policies, creating food and medicine shortages, destroying the educational and health systems, seizing private industry and taking away individual freedoms and rights from the people.  You can follow Daniel at @DanielDiMartino on Twitter.

But, how did it get this way?

It started in 1992. That’s when a Venezuelan army officer named Hugo Chavez led several army units in a coup against the government. His initial coup attempt was defeated after over 100 people were killed in the uprising.

To appease the opposition, the government released Chavez from prison after two years.

Not long after that, Chavez became the leader of the opposition movement under the banner of socialism. He went to Cuba and formed an alliance with Cuban dictator Fidel Castro.

Four years later, he ran for the Venezuelan Presidency. He downplayed his radicalism, telling voters he was not for “savage capitalism, nor socialism, nor communism.” At the time, he described his philosophy as a balance between socialism and capitalism.

Using this softer rhetoric, he won the election. But it wouldn’t be long before his hardline methods would emerge.

At first, Chavez did not implement many socialist policies. What he did was re-write the Constitution. He told Venezuela’s Congress in 1999, “The constitution, and with it the ill-fated political system to which it gave birth 40 years ago, has to die. It is going to die, sirs – accept it.”

While the constitution was similar to the one of the United States, Chavez was able to stack his country’s Supreme Court by passing a law that added 12 new justices to the court, assuring that any court case would go his way.

Once Chavez had control of the courts, and then the legislature, he began to more fully implement socialist policies.

By 2006, Chavez ran for election as a socialist, and once he won, he began to more fully seize privately-owned property.

He nationalized the news media. He took control over the news media, the oil industry, private companies, mines, farms, banks and grocery stores. The population become fully dependent on the government for all of the needs of daily living.

Our thanks to the Voice of America for the news report excerpt included in this episode. 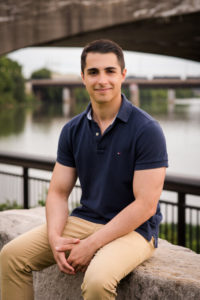 Daniel Di Martino is a Venezuelan freedom activist and economist. He was born and raised in Venezuela, where he experienced the terrible consequences of socialism firsthand. After fleeing Venezuela for the United States in 2016, he has dedicated himself to explaining how socialism destroyed his homeland, advocating for its freedom, and stopping this ideology from ever being implemented in America and elsewhere. He is a Research Associate at the Institute for the Study of Free Enterprise at the University of Kentucky, a Young Voices contributor, a Dissident contributor, and an advisor for the Victims of Communism Memorial Foundation.

Daniel was born in 1999 in Venezuela, where he experienced the terrible consequences of socialism firsthand. In 2016, Daniel left Venezuela to go to college at Indiana University-Purdue University Indianapolis, where he obtained a Bachelor of Arts with honors in Quantitative Economics on December 2019. He writes about economics, foreign policy and strives to be an advocate for freedom around the world. His experience in a socialist country taught him that any country can go through what Venezuela experienced, and his goal is to stop it from ever happening again.
Daniel has been on national TV dozens of times, being interviewed in Fox News, Fox Business, CNN, i24 News English, and many other TV channels and radio stations. You can watch and listen to his interviews here.

He regularly writes op-eds and articles for outlets such as the USA Today, Real Clear Policy, the Washington Times, The Federalist, and many more. You can read them here.

Daniel is also a sought-after public speaker who lays out the problems of socialism using his story and first-hand knowledge to connect with diverse audiences. He has spoken at events and conferences of organizations like Moms for America, the State Financial Officers Foundation, the Heritage Foundation, and universities such as Ball State University and the University of Kentucky.