Nadine Strossen joins Tim to talk about how to fight “hate speech” or harmful speech without censorship. She’s a best-selling author and a Professor of Constitutional Law at New York Law School. She’s also the first woman national President of the American Civil Liberties Union (ACLU).  In this episode, she talks about private company censorship, the challenges, some solutions and all of it as addressed in her book “Hate: Why we should resist it with free speech, not censorship. 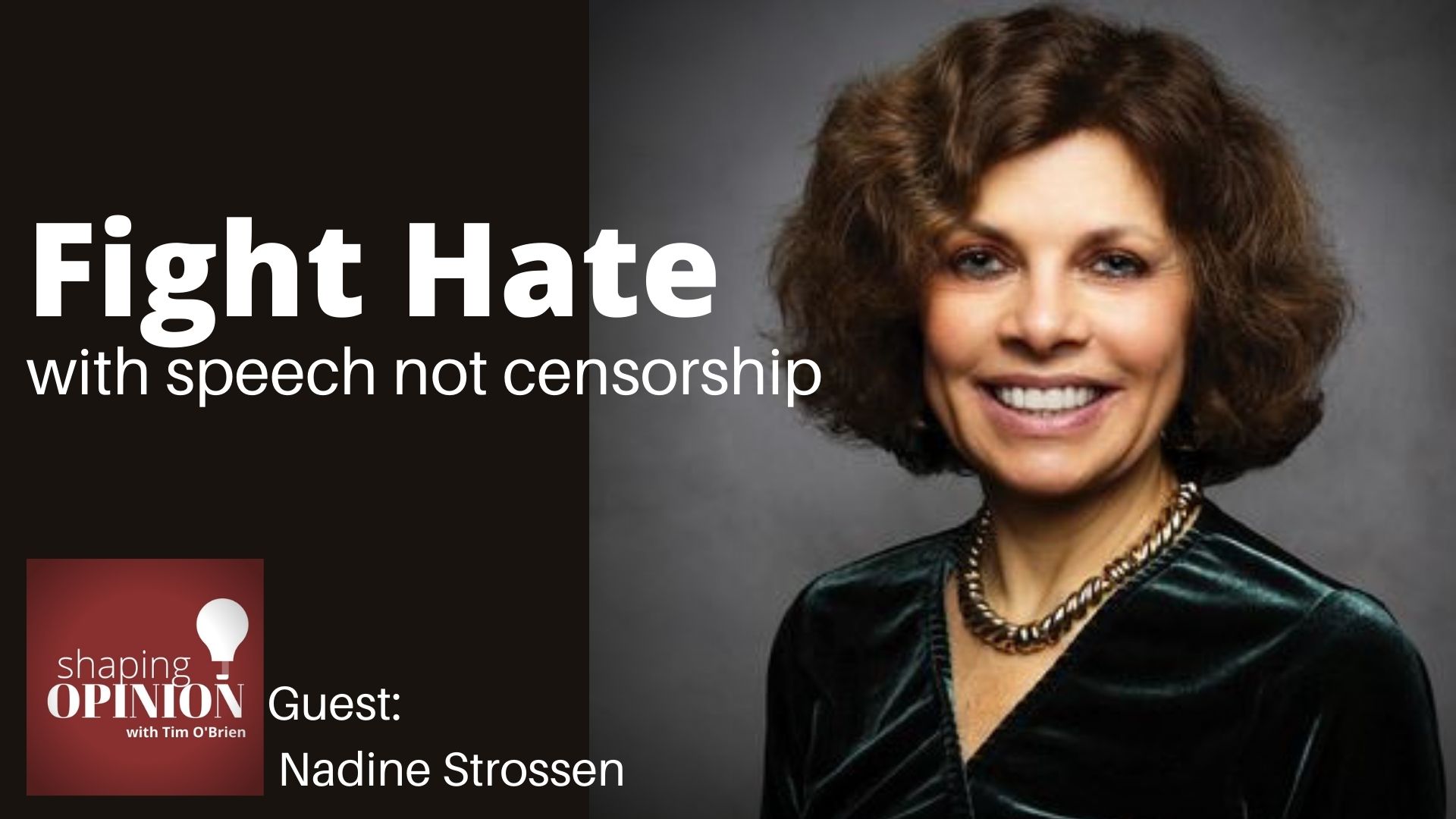 Free speech isn’t just an American issue, and it’s not just a First Amendment issue. Though it is important to note that the right of freedom of expression is the cornerstone to the First Amendment for a reason.

The founders believed that certain rights come from God. Even if you don’t believe in God, and that is your right as protected by the First Amendment, the founders would tell you that your rights are natural rights, not man-made rights. They are innate desires and drives for every human being on earth and that it’s not for man to deny them to others.

The right to express yourself without punishment is one of the most important rights they cited. The right to gather in groups peacefully together without penalty. The right to worship your God without coercion or punishment. The right of a free press to report news and information without government control. 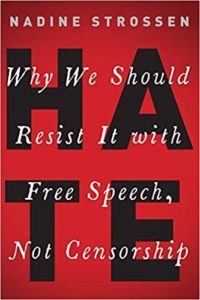 History is ripe with examples of cases where these rights were used to spread hateful thoughts and ideas. At the same time, our country’s short history is also full of cases where courts decided that the price for our First Amendment freedoms is tolerance for the spread of ideas that some may see as harmful, hateful or irresponsible.

The principle is this. We must be willing to tolerate speech we don’t like in exchange for the right to deliver speech that others may not like.

In recent years, there has been a movement to try to control, prevent or stop the spread of speech and information some may feel are harmful. Their solution is to stifle the speech, de-platform the messenger. Or even de-platform the platform. Remove any opportunity for others to communicate if that communication does not meet accepted narratives. In other words, censorship.

This has been the focus of Nadine Strossen’s professional life. And with a resume that includes serving as the first woman national President of the ACLU, she has solid credentials on the issue of free speech and the battle against censorship, she has found allies from conservatives to progressives as well, making this an increasingly nonpartisan issue.

About this Episode’s Guest Nadine Strossen 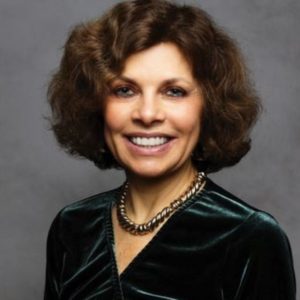 Nadine Strossen has written, taught, and advocated extensively in the areas of constitutional law and civil liberties, including through frequent media interviews. From 1991 to 2008, she served as President of the American Civil Liberties Union, the first woman to head the nation’s largest and oldest civil liberties organization. Professor Strossen is currently a member of the ACLU’s National Advisory Council, as well as the Advisory Boards of Electronic Privacy Information Center (EPIC), Foundation for Individual Rights in Education (FIRE), Heterodox Academy, and the National Coalition Against Censorship. When she stepped down as ACLU President in 2008, three Supreme Court Justices participated in her farewell and tribute luncheon: Ruth Bader Ginsburg, Antonin Scalia, and David Souter.

Her 2018 book, HATE: Why We Should Resist It With Free Speech, Not Censorship, has been widely praised by ideologically diverse experts. Her earlier book, Defending Pornography: Free Speech, Sex, and the Fight for Women’s Rights, was named by The New York Times as a “Notable Book” of 1995.

The National Law Journal has named Strossen one of America’s “100 Most Influential Lawyers,” and several other publications have named her one of the country’s most influential women. Her many honorary degrees and awards include the American Bar Association’s prestigious Margaret Brent Women Lawyers of Achievement Award. At New York Law School’s 2019 commencement, Strossen attained the unique distinction of winning both the award for outstanding teaching and the award for the best book.

Professor Strossen has made thousands of public presentations before diverse audiences, including on more than 500 campuses and in many foreign countries, and has commented frequently on legal issues in the national media. In October 2001, she made her professional theater debut as the guest star in Eve Ensler’s award-winning play The Vagina Monologues during a weeklong run at the National Theatre in Washington, D.C.

Professor Strossen’s writings have been published in many scholarly and general-interest publications. Her co-authored book, Speaking of Race, Speaking of Sex: Hate Speech, Civil Rights, and Civil Liberties, was named an “outstanding book” by the Gustavus Myers Center for the Study of Human Rights in North America.

In 1986, Professor Strossen became one of the first three women to receive the U.S. Jaycees’ Ten Outstanding Young Americans Award; she was also the first American woman to win the Jaycees International’s Ten Outstanding Young Persons of the World Award. She has received honorary Doctor of Law degrees from the University of Rhode Island, the University of Vermont, San Joaquin College of Law, Rocky Mountain College, the Massachusetts School of Law, and Mount Holyoke College.

Professor Strossen is a member of the Council on Foreign Relations.