The COO and General Manager of Nashville’s famous Bluebird Café Erika Wollam Nichols joins Tim to talk about the Bluebird, its storied history and how this little place in a strip mall has impacted country music, songwriting and our culture. 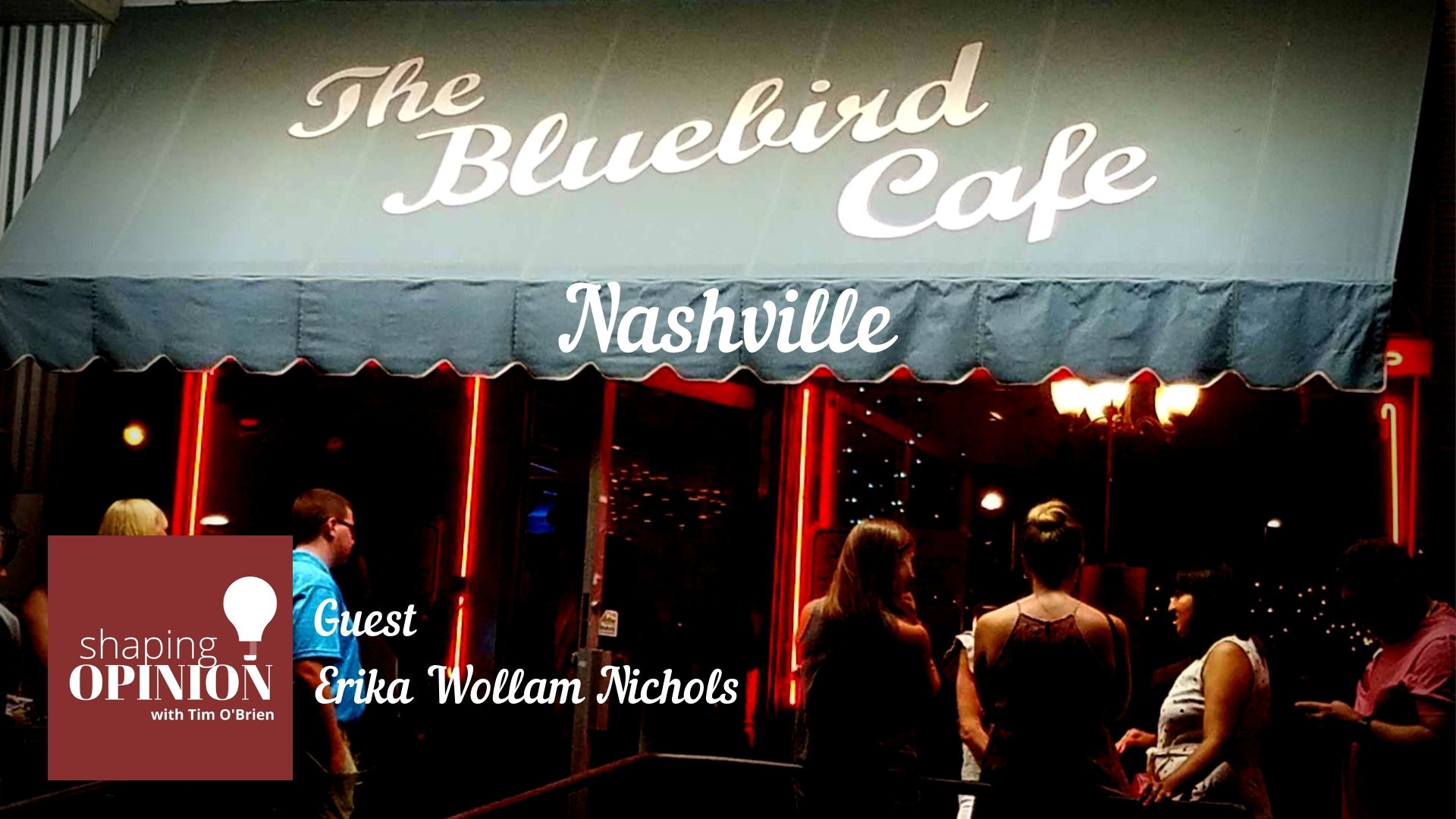 If you were to drive down Hillsboro Pike just outside of Downtown, Nashville, you could easily miss it. The Bluebird Café is tucked into a small strip mall, and is as unassuming as it might have been the day it opened in 1982.

It’s known as a songwriter’s performance space. It has only 90 seats but it still plays host to new and upcoming singer-songwriters, and accomplished artists on any given night.

The music is acoustic. The genres can range from country and bluegrass, to pop, rock and contemporary Christian music.

In addition to Garth Brooks and Taylor Swift, Bluebird audiences have had the chance to listen to Keith Urban, Kathy Mattea, Trisha Yearwood, Faith Hill, Vince Gill, LeAnn Rimes, John Prine, Phil Vassar, and many, many writers who’ve created songs for the biggest names in music.

The Bluebird Café gained even broader attention in 2012 when the hit ABC television drama Nashville featured the Bluebird in its ongoing plotline. 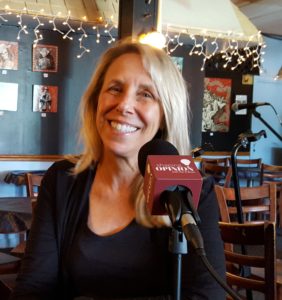 A native of Acton, Massachusetts, Erika came to Nashville in 1984 when she went to Belmont University and began working at The Bluebird Café.

Since then, she was the Program Director for the Summer Lights Festival, a city-wide event that was 4 days of music, art, dance and theater in downtown Nashville. She handled all the entertainment from folks like Wynonna to the local theater company. The event boasted an attendance of over 150,000 people with talent on up to 8 outdoor stages. She left there in 1996 to run Tin Pan South for the Nashville Songwriters Association International (NSAI) from 1996 to 2000. She then went to the Country Music Hall of Fame as Director of Public Programs, and then VP of Marketing & Community Outreach. She returned to NSAI in 2004 and attended grad school for her MFA.

Erika agreed to take the helm of The Bluebird when NSAI purchased it 2008.