In this episode we hear from seven people who talked with Tim to answer the question, “Tell us about your first job?”  As he’s done before, Tim set out to get the answer to the question on the streets of his hometown, Pittsburgh.  You’ll hear from Liana, Luil, Jim, Deborah, Margaret, Rishu and Benjamin. Each person was selected randomly in “man on the street” interviews, and we had no idea what they would say. The interesting thing is how much time we spent talking of the meaning and value of work. 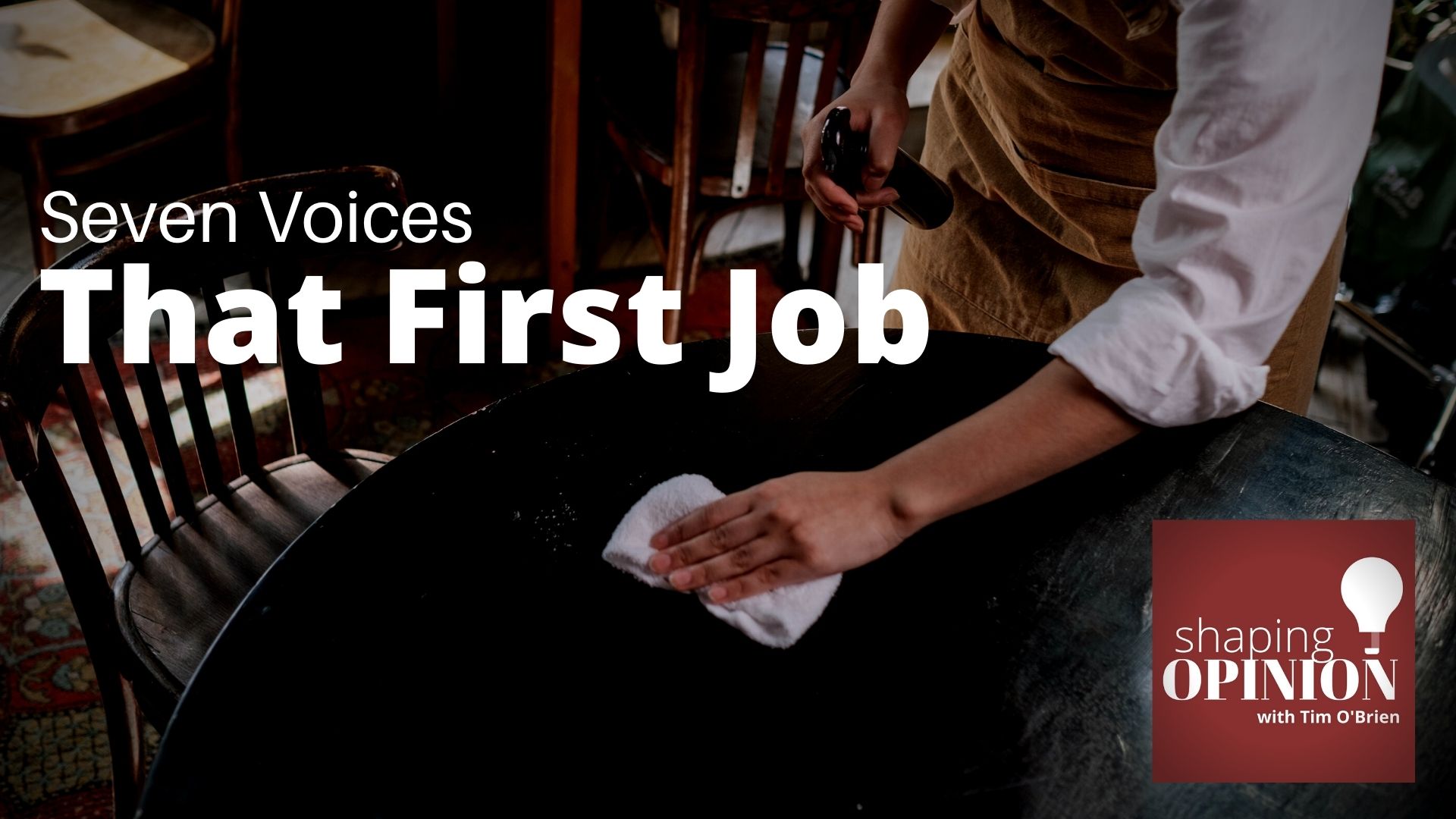 This is the third episode in a row where we’ve talked to a random set of people about a simple question on a topic we know they’ve given plenty of thought to.

As before, I took to the streets of my hometown of Pittsburgh.  And as before, the seven voices you will hear were all selected at random. I had no idea in advance that I would be speaking to them about their first jobs. And I had no idea what they might say.

As I’m finding is the case, when you do something like this, you end up talking to more people while not recording them than when they do agree to an interview.

The seven people you will hear from today are Liana, Luil, Jim, Deborah, Margaret, Rishu and Benjamin.

As before, I started each of these conversations with one simple question. This question was, Tell me about your first job.

More often than not, when we think of teenagers and their first jobs, maybe your own first job, you think of a fast food restaurant. Maybe you delivered newspapers, or were a babysitter, or cut lawns. If you live in a city or a suburban area, these of popular first jobs.

But if you live closer to the country, there’s a good chance your first job came on a farm.