U.S. Medal of Honor awardee Sgt. Leroy Petry joins Tim to tell his Medal of Honor story, from a life and death battle in Afghanistan to the very definition of the word, “honor.” Sgt. Petry is a retired U.S. Army Ranger who is one of the few to receive the military’s highest honor, and one of the very few medal recipients who have survived to tell their own story. 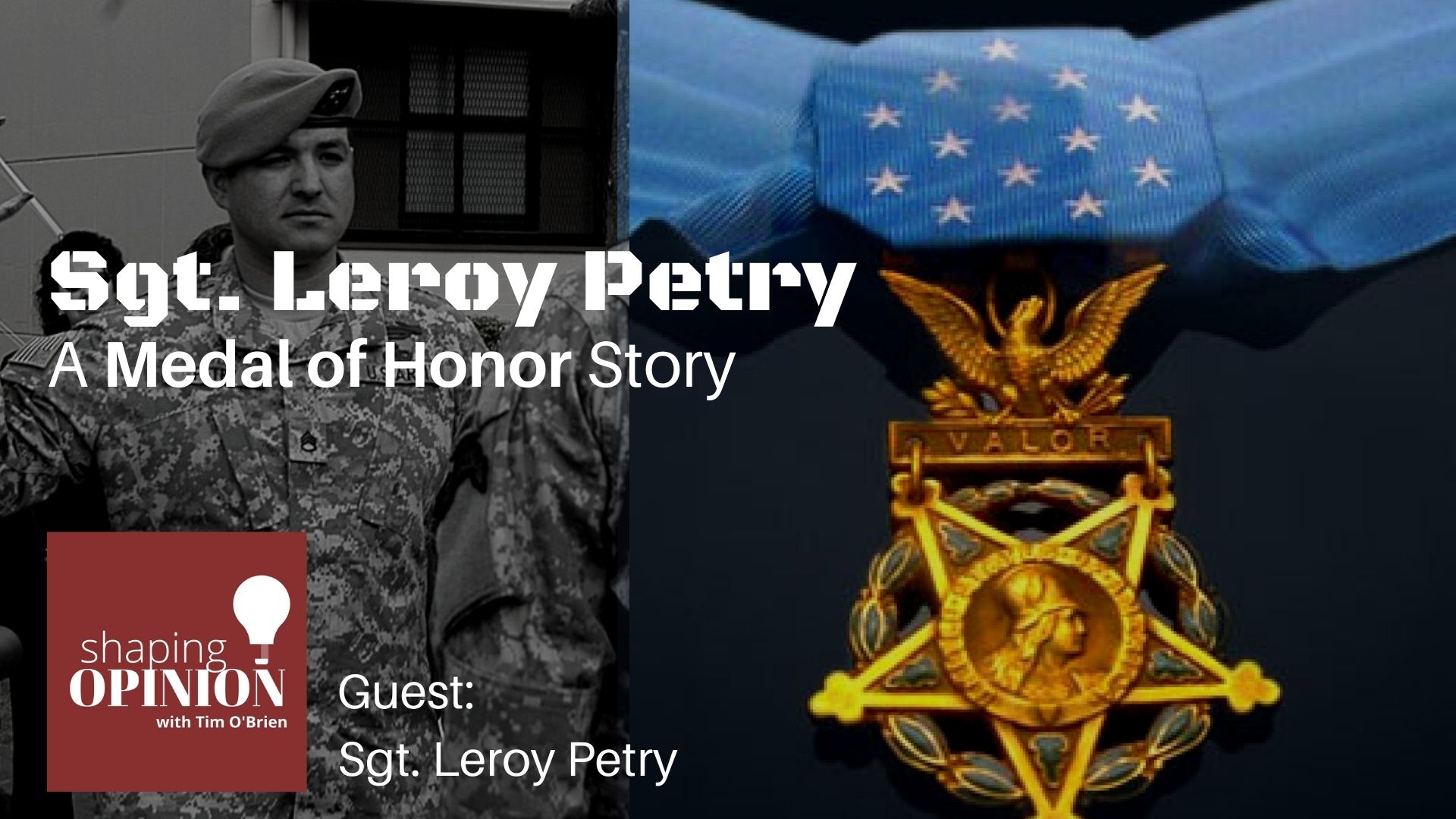 That group of Union solders was called “Andrews Raiders.”  Twenty-five men volunteered for the mission that ended in a dramatic train chase and capture by Confederate forces.

Eight of the original 25 volunteers escaped. Three were declared missing. Another eight were hanged. Among those who were executed was leader James Andrews. Another six found their way back to the Union Army as part of a prisoner exchange a year later.

That following March, the survivors met with President Lincoln who thanked them for their service and their efforts in the daring mission, and he told them they’d be the first to receive a new honor. The Medal of Honor. And with that, he had a prototype of the medal and gave it to the youngest member of the group, Private Jacob Parott.

Jacob Parott was the first in the Army to receive what is now regarded as the highest honor any member of America’s military can receive.

The Medal of Honor is the award for valor in combat for all members of the armed forces.

Since 1862, more than 3,400 such honors have been bestowed, many if not most of them, posthumously. Not many who earn such an award, live to talk about it.

Today, the Medal of Honor is awarded sparingly to service members who as the Army says are, “the bravest of the brave; and that courage must be well documented.”

Since the medal is awarded sparingly, and so many of those who receive it die in combat, there are few recipients alive today to tell their story. Retired Sgt. Leroy Petry of the U.S. Army Rangers is one of those few warriors.

Recognizing that I volunteered as a Ranger, fully knowing the hazards of my chosen profession, I will always endeavor to uphold the prestige, honor, and high esprit de corps of the Rangers.

Acknowledging the fact that a Ranger is a more elite Soldier who arrives at the cutting edge of battle by land, sea, or air, I accept the fact that as a Ranger my country expects me to move further, faster and fight harder than any other Soldier.

Never shall I fail my comrades. I will always keep myself mentally alert, physically strong and morally straight and I will shoulder more than my share of the task whatever it may be, one-hundred-percent and then some.

Gallantly will I show the world that I am a specially selected and well-trained Soldier. My courtesy to superior officers, neatness of dress and care of equipment shall set the example for others to follow.

Energetically will I meet the enemies of my country. I shall defeat them on the field of battle for I am better trained and will fight with all my might. Surrender is not a Ranger word. I will never leave a fallen comrade to fall into the hands of the enemy and under no circumstances will I ever embarrass my country.

Readily will I display the intestinal fortitude required to fight on to the Ranger objective and complete the mission though I be the lone survivor. 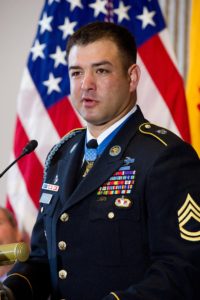 Sgt. 1st Class Leroy Arthur Petry retired from active duty in the U.S. Army in 2014. He served in numerous capacities in his long and distinguished Army career.

After graduating from Saint Catherine’s Indian High School in May 1998, Petry spent the next year working with his father and grandfather at Pecos Public Transportation working in the maintenance department and making signs at AI Signs.

In September 1999, Petry enlisted in the United States Army from his hometown in New Mexico, something he wanted to do since he was 7-years-old. Petry then volunteered for the 75th Ranger Regiment because of its reputable history.

After completion of One Station Unit Training, the Basic Airborne Course and the Ranger Assessment and Selection Program – all at Fort Benning – Petry was assigned to 2nd Battalion, 75th Ranger Regiment. He served as a grenadier, squad automatic rifleman, fire team leader, squad leader, operations sergeant and a weapons squad leader.

He deployed eight times in support of overseas contingency operations with two tours to Iraq and six tours to Afghanistan.

At the time of the May 26, 2008 combat engagement, Petry was a Staff Sergeant Squad Leader assigned to Co. D, 2nd Bn., 75th Ranger Regiment at Joint Base Lewis-McChord, Wash.