One of the world’s elite jazz pianists Stefano Bollani joins Tim to talk about music innovation, artistry, and his most recent project, “Piano Variations on Jesus Christ Superstar.” Get inside the mind of a creative improvisationist through a very relaxed and fun conversation. 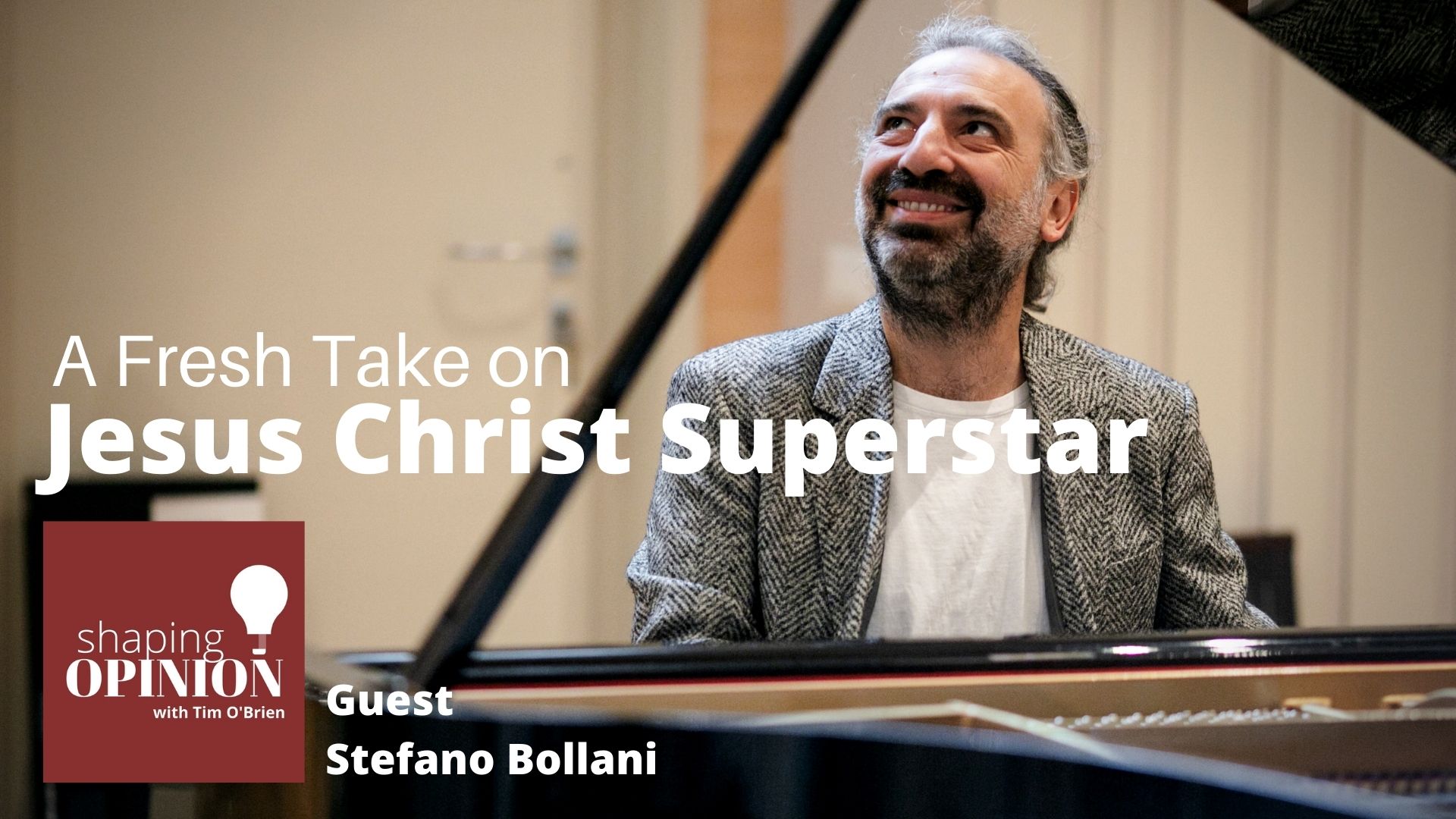 Stefano Bollani started learning to play the piano when he was just six years old. By the time he turned 15, he made his professional debut. He would later graduate from a conservatory in Florence in 1993, and would begin his journey to become one of the leading music artists in the world.

He’s played before audiences from Rome and London, to New York and Paris.

While Stefano is a leading jazz pianist, he’s not limited to jazz. He’s performed as a soloist and with symphony orchestras in Amsterdam, Toronto and other cities.

In this episode, we have a relaxed conversation on what it’s like to perform and create at the highest of  levels. In the process, we talk about why he was so captivated with the rock opera “Jesus Christ Superstar,” and his admiration for Sir Andrew Lloyd Webber and Tim Rice.

About this Episode’s Guest Stefano Bollani 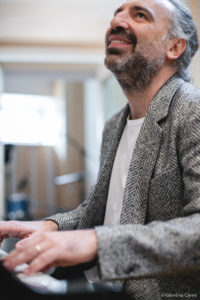 Stefano Bollani began studying piano at the age of 6 and made his professional debut at 15. After graduating from a conservatory in Florence in 1993 – and a brief experience as a session musician in the pop world with Raf and Jovanotti among others – he established himself in jazz, playing on stages such as the Town Hall in New York, the Barbican in London, the La Scala in Milan, the Salle Pleyel in Paris. The collaboration, which began in 1996 and never stopped, with Enrico Rava,is fundamental, alongside which he holds hundreds of concerts and records 13 records. The most recent: Tati (2005), The Third Man (2007) and New York Days (2008). Throughout his career he collaborated with musicians such as Richard Galliano, Bill Frisell, Gato Barbieri, Sol Gabetta, Phil Woods, Lee Konitz, Pat Metheny and Chick Corea,with whom he released the live album Orvieto (2011).

In 1998 he led the group L’Orchestra del Titanic and pays homage to the Italian music of the 30s and 40s with Lower your radio,disco-show to which collaborate among others Elio, Peppe Servillo, Marco Parente, Barbara Casini, Roberto Gatto. Particularly out of the canons are works such as La gnosi dei fanfole, together with the singer-songwriter Massimo Altomare on lyrics by Fosco Maraini (1998), Cantata dei Pastori Immobili, Musical Oratory for four voices, made on lyrics by David Riondino (2004) and the record of Scandinavian songs Gleda (2005). He is the artistic producer and arranger of Bobo Rondelli’s Desperate Drunken Intellectuals (2002), for which he won the Ciampi award.

Between 2002 2006 he recorded four albums for the French Label Bleu: Les Fleures Bleues, Smat Smat, Concertone and The Visionaries. 2006 is also the year of Piano Solo (album of the year for “Jazz Music”). In 2007 BollaniCariocawas released in Rio De Janeiro. In December he is the second musician, after Antonio Carlos Jobim,to play a grand piano in a favela and later, in the following years, collaborates assiduously with Brazilian musicians such as Hamilton De Holanda, Chico Buarque, Caetano Veloso, Egberto Gismonti. He also lent his piano to Italian pop-rock artists including Irene Grandi,with whom he signed the album Irene Grandi and Stefano Bollani (2012).

Among the most recent productions: Big Band (2013); Joy In Spite of Everything (2014); Sheik Yer Zappa (2014), live dedicated to Frank Zappa; The Aliens (2015) Napoli Trip (2016), with Daniele Sepe, Manu Katché and Jan Bang among others; Mediterranean (ACT 2017) live in Berlin with Jesper Bodilsen, Morten Lund, Vincent Peirani and members of the Berlin Philharmonic, arrangements by Geir Lysne.

In classical music he performs as a soloist with symphony orchestras (Gewandhaus in Leipzig, Concertgebouw in Amsterdam, Orchestre de Paris, Philharmonic of La Scala in Milan, Santa Cecilia of Rome, Toronto Symphony Orchestra) alongside conductors such as Zubin Mehta, Kristjan Jurvi, Daniel Harding, Antonio Pappano and especially Riccardo Chailly,with whom he recorded Rhapsody in Blue and Gershwin’s Concerto in Fa in a CD (2010) that won the Platinum Disc with more than 70,000 copies sold. This was followed by Maurice Ravel’s Concerto in Sol (2012) and in 2013 a live DVD recorded at La Scala in Milan with the Concerto in Fa.

His desire to communicate encroaches on the publishing world. In 2006, for Baldini Castoldi Dalai, he published the novel Brontolo Syndrome, followed by Let’s Talk About Music (2013) and The Kid, the Guru, the Alchemist and other stories of musicians (2015), both published by Mondadori. As a character, under the name of Paperefano Bolletta,he appears in the weekly Mickey Mouse, of which he is also appointed Ambassador. In 2017 the Trigono editions publish Dialogues between aliens,conversations about universes near and far that Bollani signs together with Mauro Biglino, Anne Givaudan and Igor Sibaldi.

For the radio he is the creator and host, with David Riondino and Mirko Guerrini, of the broadcast Doctor Djembè (Radio Rai 3, 2006-2012), from which also born the book The Zibaldone of Dr. Djembè (2008) and the TV special Good evening Doctor Djembè (Rai 3, 2010). Since 2009 his are the acronyms of the schedule of Radio Rai 3.

At the theatre he collaborates, among others, with Claudio Bisio, Maurizio Crozza, Giuseppe Battiston, Marco Baliani,the Osiris Band. She writes the music for three performances by Lella Costa (Alice, a wonder of country, Hamlet and Girls) and for Cristina Pezzoli’sAntigone. An honorary member of the Italian College of Pataphysics, he is co-author and actor in the show La Regina Dada,co-authored with Valentina Cenni in 2016.

On television he is a regular guest of Renzo Arbore in the program Less we are better we are (Rai 1, 2005) and creator, author and host of the two editions of Sostiene Bollani (Rai 3, 2011 and 2013), with which he brings live music to the small screen. His most recent TV project is The Important Thing is to have a plan (Rai 1, 2016): seven dates in the second evening on Rai1 with guests, improvisations and live music.