The Gig Economy: In the Balance

Attorney Bob Eassa from the national law firm of Duane Morris joins Tim to talk about the gig economy and how a restrictive law in California has turned the notion of the gig economy on its head. In this episode, we talk about how the law impacts independent contractors and employers, what’s being done about it, and whether this sort of regulation could come your way. 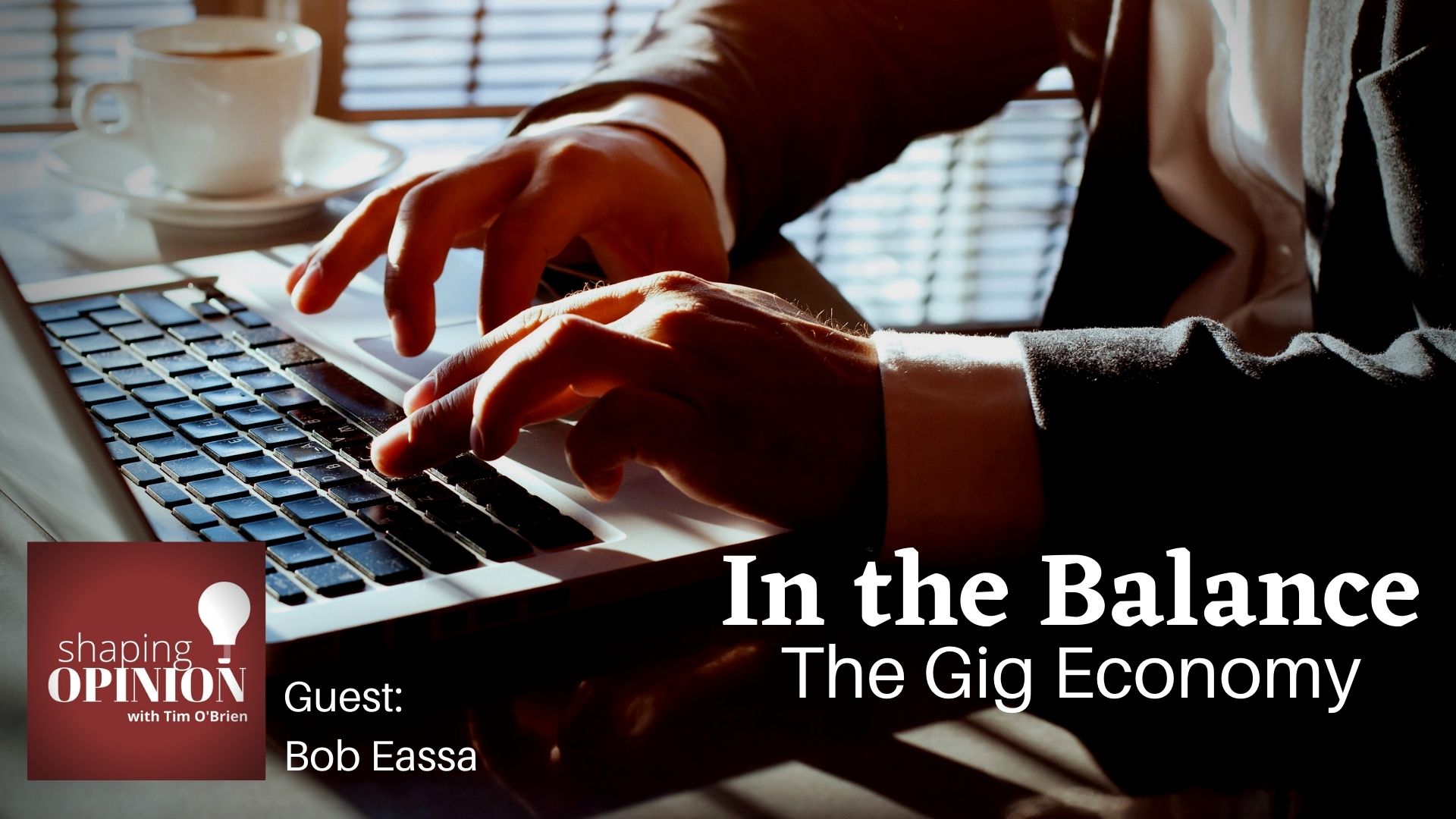 You may have heard some about the “gig economy,” but what do we mean when we talk about it. What is the gig economy?

The term, gig economy, is a reference to a free market system where a business hires an independent contractor, a freelancer or a short-term worker to perform specific jobs or duties.

The origin of the term comes from the creative trades, like movie-making, musicians, comedians. Any time they work on a project or make an appearance, they get paid for that work, which they call a “gig.”

The gig economy goes much broader than the performing arts. People who work in the gig economy can perform any number of tasks, from writing, art design or coding, to driving a ride share car, or delivering a package to your door.

Businesses who hire gig workers like it because it gives them the flexibility to hire and allocate staff where and when they are needed, without having to maintain a more rigid and costly permanent work force. This actually reduces costs and helps those companies compete and deliver better results for their customers.

Gig workers are attracted to these jobs because they often have more control over their scheduling. They have more flexibility in when they work, where they work and for whom they work. They can work a gig full-time, part-time or seasonally without having to feel that an employer owns their time.

Before the pandemic, in 2018, about 57 million Americans – that’s about one in three American workers – were classified as full- or part-time gig workers.

In the post-pandemic economy, it’s anticipated that more employers will seek to find new footing with a reliance on gig workers. In other words, the gig economy just might offer America the flexibility and the nimbleness it needs to turn business around.

Bob Eassa works in the San Francisco office of the national law firm Duane Morris. Nearby Silicon Valley has been one of the drivers behind the early emergence of the gig economy.

As an attorney, Bob has seen both the pros and the cons of the gig economy.

About this Episode’s Guest Bob Eassa

Robert D. Eassa has more than 30 years of experience as a civil trial attorney, litigating labor and employment matters of all types, including wage and hour class actions, wrongful termination, discrimination, retaliation, harassment and other employment-related actions.

Bob also has established a practice in the areas of commercial litigation, maritime law and toxic torts, and serves as national, regional and local counsel for clients in a variety of matters in these areas of law. His clients include Fortune 100 and Fortune 500 companies.

He is a 1982 graduate of the University of California, Hastings College of the Law and a 1978 (M.B.A.) and 1976 graduate of San Francisco State University.