Elizabeth Flynn joins Tim to tell the story of the Goodyear Blimp and why it has endured as one of America’s most recognizable and beloved marketing icons. 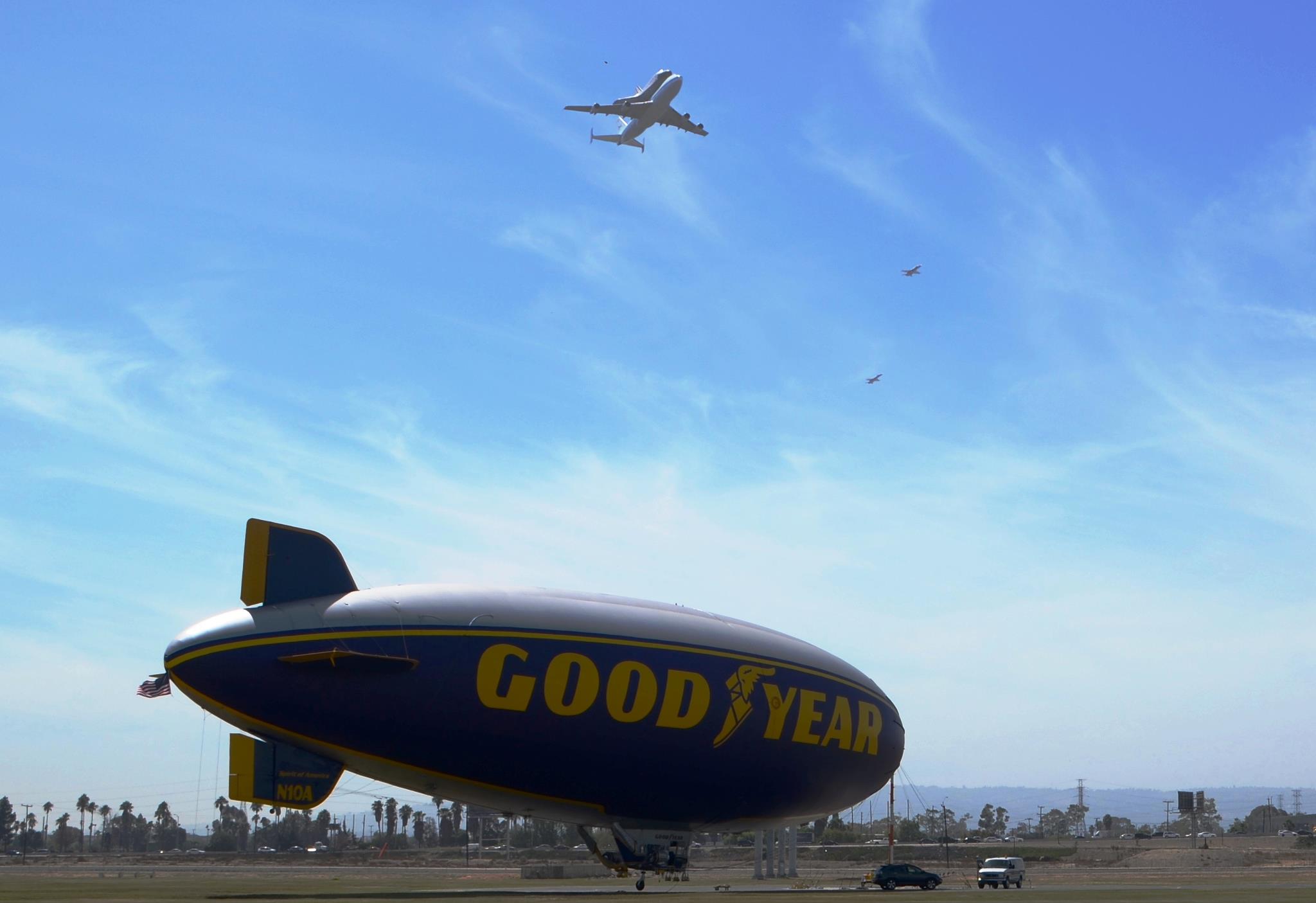 The Goodyear Blimp, the Spirit of America, rests on the mast, as the Space Shuttle Endeavour flies overhead, accompanied by two fighter jets. Said Elizabeth, “The low-flying salute was a surprise ‘gift’ from my friends at NASA, just before she was to be transported to the California Science Center for permanent display. We covered her from the air as she was paraded through the streets of Los Angeles.” Photo Credit: Elizabeth Flynn

The first Goodyear blimp for advertising purposes was the Pilgrim which used helium rather than hydrogen which is flammable. On July 18, 1925, Pilgrim was christened by Florence Litchfield, wife of Goodyear exec Paul Litchfield.

Paul Litchfield was the visionary and a showman. He believed blimps could be yachts in the sky and called them Air Yachts. An inland version of the maritime yacht for the yachting class. He envisioned airship regattas and Air Yacht clubs.

For over 90 years, dozens of blimps have flown thousands and thousands of miles bearing the Goodyear brand in some of the biggest events in the world. The Goodyear Blimp is known to millions and one of the most recognizable marketing icons there is.

Blimps have been used to support the military during times of war, like the U.S. Navy during WWII.

But the Goodyear Blimp’s most well-recognized mission has been marketing.

In this episode, Elizabeth tells the full story of the blimp and how she worked to help make the Goodyear Blimp a presence in major Hollywood entertainment events.  She puts to rest an urban legend about the how these airships came to be called “blimps.” And she discusses what it’s like to work with the blimp and its team, and how rewarding it can be.

Learn the lexicon of the blimp when Elizabeth explains the meaning behind such terms as “blimp dreams,” the “blimp effect,” and “Blimpworthy.”

About this Episode’s Guest Elizabeth Flynn 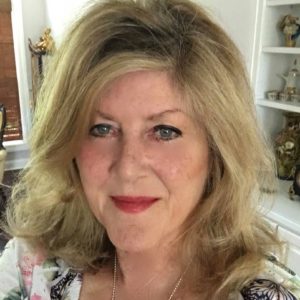 advertising, public relations and marketing. She has worked for major advertising and public relations agencies, Fortune 500 clients, and had independent contracts with the City of Los Angeles, UCLA Medical Center, Coca-Cola, Inc. and the U.S. Olympic Organizing Committee.

Most recently, Elizabeth was the PR Manager for Goodyear’s iconic GZ20A-type blimp, the Spirit of America (decommissioned in 2015), which was based in Carson, CA. The Spirit of America provided aerial coverage for up to 90 events a year, which included MLB, NBA, NHL, MLS, college football and bowl games, NASCAR, NHRA, horse racing, golf and a host of special events such as The Rose Parade, The Golden Globes, The Oscars, The Espy Awards, Jimmy Kimmel’s Summer Concert Series, the Daytime Emmy Awards, and more.