New York Times best-selling author Nathaniel Philbrick joins Tim to talk about the story behind those pilgrims and the Mayflower in a way that covers much more than that first Thanksgiving. Nathaniel has authored many best sellers, but the one we’ll focus on in this episode is must-reading for anyone who wants to get the full story of Thanksgiving’s origins in America. The book is called simply, “Mayflower.” This episode marks the 400th anniversary of that world-changing voyage. 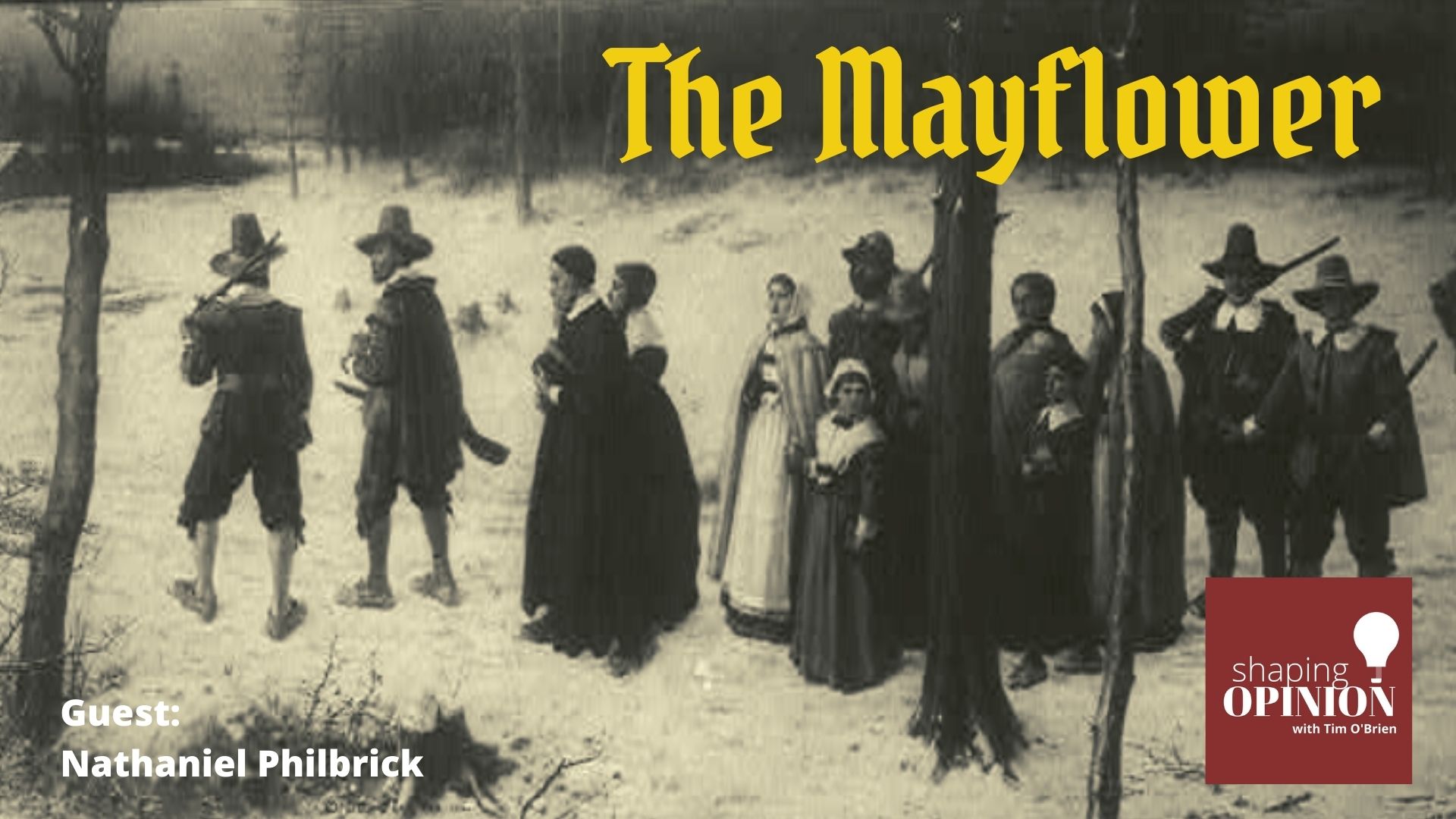 It’s been 400 years since the Pilgrims landed at Plymouth Rock in the New World. The world was a much different place then than as it is now, in many ways, but for the sake of this episode the place to start is the practice of religion. Keep in mind, this is long before 1776 and the Declaration of Independence.

The Pilgrims lived under a king. King James, to be precise. And that king did not allow for freedom of religion. The Church was the state. The state was the Church. It was the Church of England. And for all intents and purposes, the king was god on earth.

If you did not recognize his church’s absolute authority over your life, you were persecuted, perhaps imprisoned and sometimes even executed, all because you did not believe in that church’s doctrines and teachings.

There were two groups who opposed this. The Puritans wanted to create change from within. And the separatists wanted to flee. They just wanted to leave England for a better place, where they could practice their religion according to their own conscience.

So, they did. In 1608, 12 years before the Mayflower, a group of separatists sailed from England to a town in Holland called Leiden.  They went to Holland to worship their God the way they wanted.

And while they did experience religious freedom in Holland, they also found the rules had changed from what they were used to. The Dutch craft guilds did not accept them because they were migrants.  They found themselves on the lowest rungs of the caste system. They worked the lowest jobs for the lowest pay.

The separatists also felt that the secular culture of Holland provided too much temptation for their children and worried it would lure them away from their faith.

That’s when the separatists decided to uproot and sail to the New World, where they could live and practice their faith on their own terms.

They returned to London to organize and get funding from a successful merchant.

In November of that year, they arrived at a place where a huge rock dominated the shore line. A rock they would dub Plymouth Rock, and that is where life in the New World – for them – began.

Nathaniel Philbrick’s book about the Mayflower is about more than one voyage and eventually the Thanksgiving story, though that is our focus today. He followed the separatists – the Pilgrims – through a 50-plus year history in the New World.

About this Episode’s Guest Nathaniel Philbrick 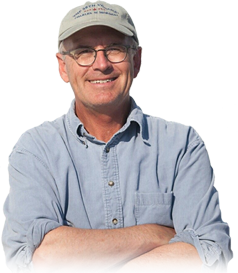 Nathaniel Philbrick was born in Boston, Massachusetts, and grew up in Pittsburgh, Pennsylvania, where he attended Linden Elementary School and Taylor Allderdice High School.  He earned a BA in English from Brown University and an MA in America Literature from Duke University, where he was a James B. Duke Fellow. He was Brown University’s first Intercollegiate All-American sailor in 1978, the same year he won the Sunfish North Americans in Barrington, RI. After working as an editor at Sailing World magazine, he wrote and edited several books about sailing, including The Passionate Sailor, Second Wind, and Yaahting: A Parody.

In 1986, Philbrick moved to Nantucket with his wife Melissa and their two children.  In 1994, he published his first book about the island’s history, Away Off Shore, followed in 1998 by a study of the Nantucket’s native legacy, Abram’s Eyes. He was the founding director of Nantucket’s Egan Maritime Institute and is a research fellow at the Nantucket Historical Association.

In 2000, Philbrick published the New York Times bestseller, In the Heart of the Sea, which won the National Book Award for nonfiction. The book was the basis of the 2015 movie of the same title directed by Ron Howard.  The book also inspired a 2001 Dateline special on NBC as well as the 2010 PBS American Experience film “Into the Deep” by Ric Burns. In 2019, the National Endowment for the Arts added the book to their ever-growing library of 32 titles in the NEA Big Read program under which libraries and non-profits can apply for grants in order to develop in-depth, community-wide programming around a common book.

His next book Sea of Glory was published in 2003 and won the Theodore and Franklin D. Roosevelt Naval History Prize and the Albion-Monroe Award from the National Maritime Historical Society.

The New York Times bestseller Mayflower was a finalist for both the 2007 Pulitzer Prize in History and the Los Angeles Times Book Award, won the Massachusetts Book Award for nonfiction, and was named one the ten “Best Books of 2006” by the New York Times Book Review. In June 2020, Penguin will publish an updated trade paperback edition with a new Preface to coincide with the 400th anniversary of the Mayflower’s arrival in Plymouth Harbor.

In 2010, he published the New York Times bestseller The Last Stand, which was named a New York Times Notable book, a 2010 Montana Book Award Honor Book, and a 2011 ALA Notable Book.  Philbrick was an on-camera consultant to the 2-hour PBS American Experience film “Custer’s Last Stand” by Stephen Ives.

In 2013 Philbrick published the New York Times bestseller, Bunker Hill:  A City, a Siege, a Revolution, which was awarded both the 2013 New England Book Award for Non-Fiction and the 2014 New England Society Book Award as well as the 2014 Distinguished Book Award of the Society of Colonial Wars.

In March 2018, Penguin published a new edition of his sailing memoir Second Wind: A Sunfish Sailor, an Island, and the Voyage that Brought a Family Together.  Later that year Philbrick published the New York Times bestseller, In the Hurricane’s Eye:  The Genius of George Washington and the Victory at Yorktown, a finalist for the George Washington Book prize and the winner of the Commodore John Barry Book Award for American Maritime Literature.