Who was Christopher Columbus?

Professor William J. Connell, who is an expert on Italian history, joins Tim to talk about the life of Christopher Columbus. Bill is an Andrew Carnegie Fellow and holder of the La Motta Endowed Chair in Italian History at Seton Hall University. He’s also the co-editor of the Routledge History of Italian Americans.  In this episode, we’ll learn about Christopher Columbus, and as cliché as it may sound, the man, the myth, the legend. 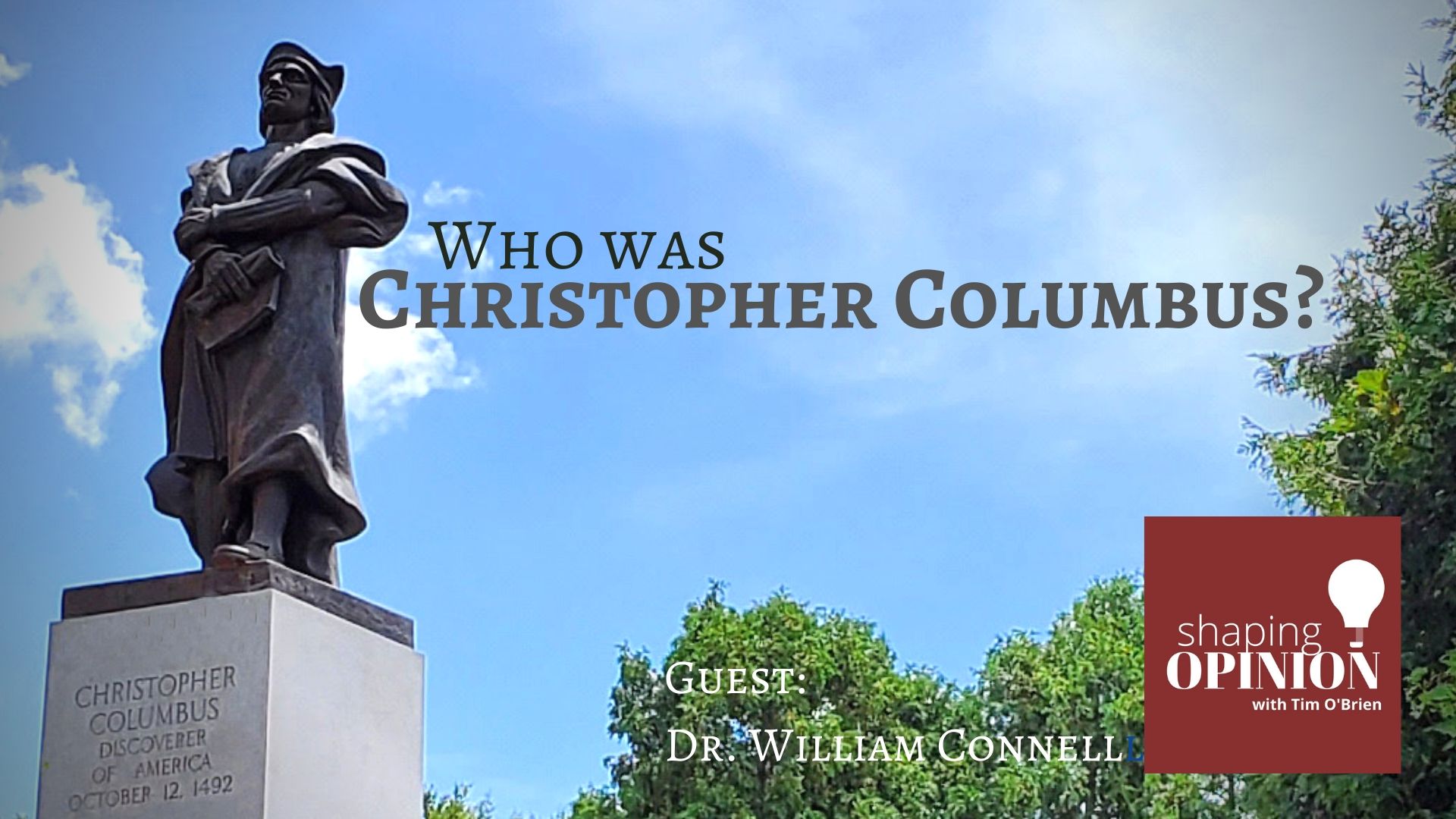 Christopher Columbus was an explorer who made four trips across the Atlantic Ocean from Spain, but he was not Spanish. He was Italian. He made those trips in 1492, in 1493, again in 1498, and then in 1502.

The purpose of his maiden voyage was to find a direct over sea route from the western part of Europe to Asia. In that sense, he failed. But as with many explorers, inventors and discoverers, what they find in the course of their failures sometimes leaves a legacy that they themselves never could have imagined.

Christopher Columbus may not have actually been the first non-native person to step foot on what would become the Americas, but one thing is clear. It was Christopher Columbus who changed the course of history when he came upon the New World, already occupied by millions of people, but unknown to Western Civilization.

Dr. William Connell of Seton Hall University has spent a good deal of his career studying and teaching the complexities and the nuances of the Christopher Columbus story.  As a historian, he has kept the first rule of the study of history in mind. You can’t judge the past based on present-day perspectives.

Christopher Columbus, the son of a wool merchant, was born in Genoa, Italy, in 1451.

When he was still a teenager, he took a job on a merchant ship. He remained at sea until 1476, when pirates attacked his ship as it sailed north along the Portuguese coast.

The boat sank, but the young Columbus floated to shore on a scrap of wood and made his way to Lisbon, where he eventually studied mathematics, astronomy, cartography and navigation.

He also began to hatch the plan that would make him famous.

The Attraction of a New Trading Route

During the 15th and 16th (1400s and 1500s) centuries, Europeans led expeditions overseas in the hope that explorers would find riches and new lands. The Portuguese were the earliest participants in this age.

Around 1420, small Portuguese ships went along the African coast, carrying spices, gold, slaves and other goods from Asia and Africa to Europe.

Other European nations, including Spain, wanted to share in the exotic riches of the “Far East.”

In the 15th century (1400s), Spain expelled Jews and Muslims from the kingdom after centuries of war. Set its sights elsewhere.

At the end of the 15th century, you couldn’t reach Asia from Europe by land.  The route was long and arduous, hostile armies. Portuguese explorers used the sea: They sailed south along the West African coast and around the Cape of Good Hope.

Columbus had his own ideas: Sail out across the Atlantic to the West in the opposite direction.

Instead of around the massive African continent. His point was that the circumference of the Earth was much smaller than his contemporaries believed it was.

He thought the journey by boat from Europe to Asia should be not only possible, but comparatively easy via an as-yet undiscovered passage.

He pitched his ideas to leaders in Portugal and England but no one took him up on his plan. In 1492 he found a likeminded resource -Spanish royalty Ferdinand and Isabella.

Columbus’s contract with the Spanish rulers promised that he could keep 10 percent of whatever riches he found, along with a noble title and the governorship of any lands he should encounter.

On August 3, 1492, Columbus and his crew set sail from Spain in three ships: the Niña, the Pinta and the Santa Maria.

Two months later, on October 12, the ships made landfall—not in the East Indies, as Columbus expected, but on one what we now know as of the Bahamian islands, probably San Salvador.

For several months, Columbus traveled from island to island in what we now know as the Caribbean, looking for riches.

About six months later, in September 1493, Columbus returned to the Americas. Hispaniola settlement was destroyed and left his brothers Bartolomeo and Diego Columbus behind to rebuild, along with part of his ships’ crew and hundreds of enslaved indigenous people.

Then he headed west to continue his search for gold and other goods. His group now included a large number of indigenous people the Europeans had enslaved.

Instead of treasures he had promised the Isabella and Ferdinand, he sent some 500 slaves to Queen Isabella.

She was horrified—she believed that any people Columbus “discovered” were Spanish subjects who could not be enslaved—and she promptly and sternly returned the explorer’s gift.

May 1498, Columbus sailed west across the Atlantic a third time. Visited Trinidad and the South American mainland before returning to the ill-fated Hispaniola settlement, where the colonists had risen up against the Columbus brothers’ mismanagement and brutality.

Conditions were so bad that Spanish authorities had to send a new governor to take over.

Meanwhile, the native Taino population, forced to search for gold and to work on plantations, was decimated (within 60 years after Columbus landed, only a few hundred of what may have been 250,000 Taino were left on their island).

Christopher Columbus was arrested and returned to Spain in chains.  In 1502, he was cleared of the most serious charges but stripped of his noble titles. 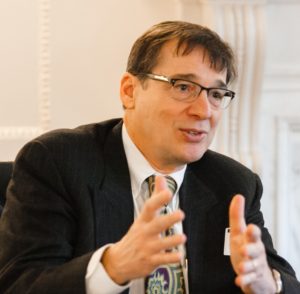 William J. Connell studies a wide range of problems in Italian and Italian American History, and European history in general, with particular concentrations in medieval and Renaissance intellectual history, humanism, social history and statebuilding. In recent years he has been working on projects concerning interactions between 16th century Florence and northern Europe, Renaissance historical writing, Niccolò Machiavelli’s political thought, early interactions between Italy and America, and prosecutions for blasphemy in early modern Eu