Award-winning photographer Thomas E. Franklin joins Tim to tell his story of Ground Zero on September 11, 2001, and the story behind that now iconic photo he took that day, one that gave a nation in shock and mourning, something new. A sense of hope. And something to rally around. Our collective sense of patriotism. He captured that image of those three firefighters raising the American flag amidst the ruins of the World Trade Center.  This episode is part of our special series, “9/11: A Generation Removed.” 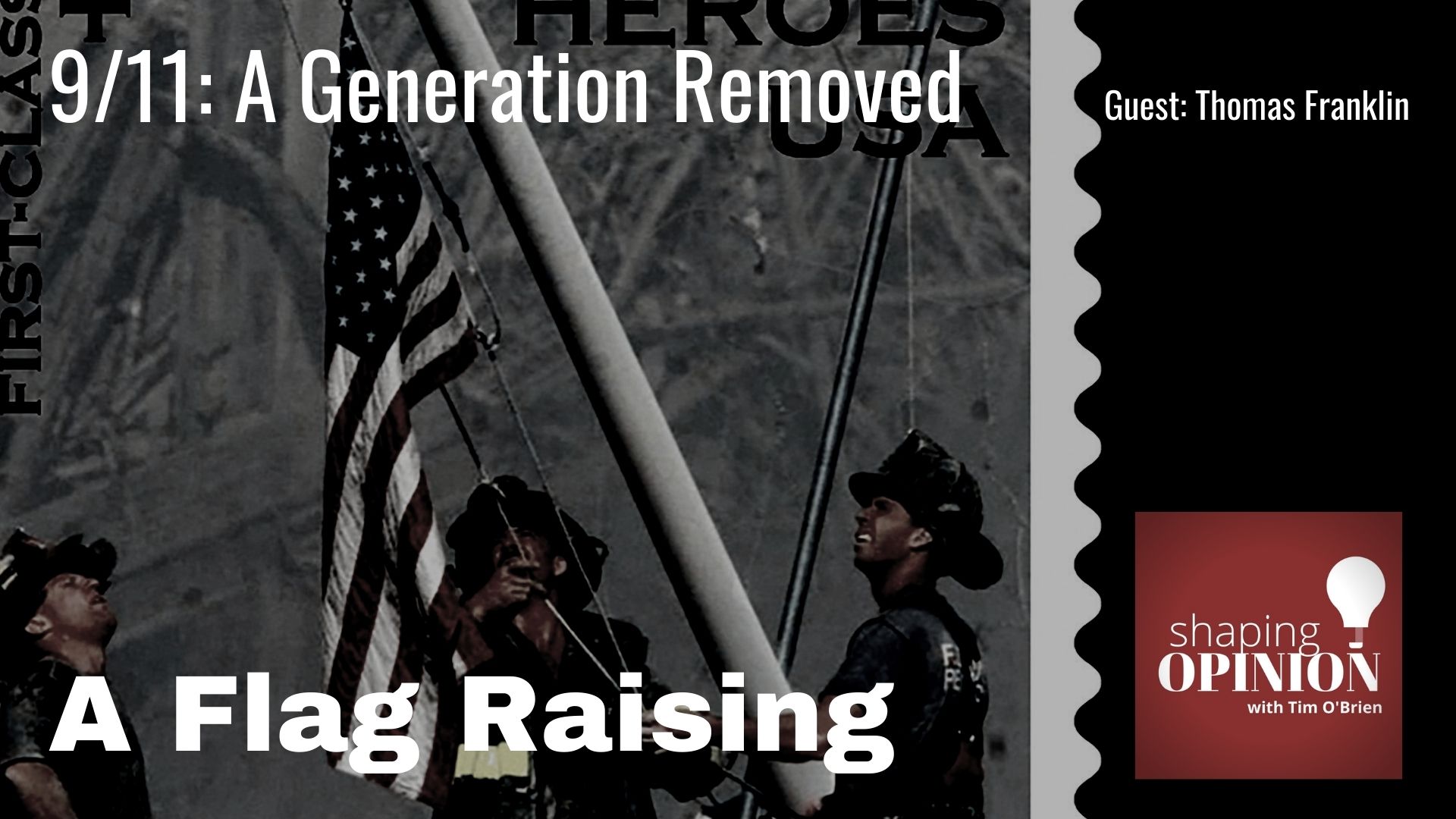 Tom Franklin had just gotten back from an assignment in the Dominican Republic. It was 8 a.m. on September 11, 2001, and he was in the newsroom at The Bergen Record in Hackensack, New Jersey. He was ready to get back into a normal routine, coving the New York and New Jersey region. It was a beautiful, sunny day.

That all changed at 8:46 a.m., when the first of two jets would plow into the World Trade Center towers as part of a coordinated terroristic attack on America. Tom had to gram his camera and equipment and go.

About this Episode’s Guest Tom Franklin 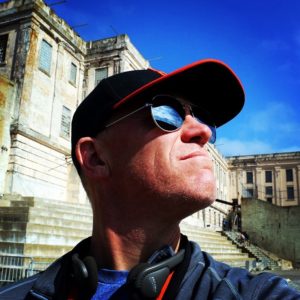 Since 2016, his multimedia work has explored issues related to immigration and forced migration, shedding light on the highly complex circumstances surrounding global migration and reporting on the personal experiences of many who have been forcibly displaced or seeking asylum. Currently, his project, Seeking Refuge, is display at the Paterson Museum in a virtual exhibit. Originally planned to debut at the Museum in May 2020, the physical exhibition was postponed due to the museum’s COVID-19 closure.

While working on Seeking Refuge, Tom traveled on assignment to Central Mexico, and the Southern U.S. border with Mexico, where his dramatic footage of migrants who breached the U.S. border fence by the Pacific Ocean in Tijuana was published by the Los Angeles Times syndicate. He also traveled to Lesvos, Greece, where he produced, The World Arrived at Our Doorstep, a 10-minute documentary film about a British couple living there who worked tirelessly to assist Syrian refugees, but have been vilified by locals for helping the unwanted arrivals. The documentary and story with photos was published on the i24 News website and appeared on TV segment, broadcast in English, French, and Arabic to countries around the globe, and streamed live on its website.

Tom is perhaps best known for photographs taken at Ground Zero on September 11, 2001. His iconic image of three New York City firefighters raising the U.S. flag above the rubble of the World Trade Center following the attacks is one of the most widely recognized images in history, and was featured on the United States Postal Service’s Heroes stamp, generating over $10 million for those affected by 9/11.

In 2002, he was a Pulitzer Prize finalist for his 9/11 photo. Life cited the image as one of the 100 Photographs That Changed the World, and the photo is part of the permanent collection of the Library of Congress, the National September 11 Museum, and the Newseum. The image has been widely reproduced in the decade since it was first published, and was the subject of The Flag, a documentary broadcast on CNN in 2013, and America’s 9/11 Flag: Rise from the Ashes, broadcast on the History Channel in 2016, and chronicles what happened to the flag after it disappeared shortly after 9/11.

His other photography and multimedia work has been widely recognized by POYi, NPPA, SPJ, and has been published worldwide via the Associated Press, and in publications such as the Denver Post, Los Angeles Times, The New York Times, USA Today, VICE, and several other major media outlets.

From 1994 to 2007, Tom worked as a staff photographer for The Record, a regional newspaper in Bergen County, NJ, where he covered news, sports, entertainment, and local features. He traveled on assignments to over 15 states, the Philippines, Dominican Republic, Mexico, and Canada, and covered many news assignments such as the Super Bowl, World Series, NBA, and NHL finals, presidential campaigns, and several heartbreaking and tragic events including natural disasters and terrorist attacks.

In 2007, the focus of his work shifted towards multimedia, where he led The Record’s foray into news video on the web at Northjersey.com. As the senior video journalist, he produced award-winning multimedia and trained journalists within the North Jersey Media Group in video storytelling.

Tom has been an educator and mentor throughout his career. He joined the School of Communication and Media at Montclair State in 2015 as a tenure-track Assistant Professor in Multi-platform Journalism, after serving as an adjunct at Ramapo College for 11-years. He has developed several new courses at Montclair in the areas of visual storytelling and multimedia, and has led student reporting trips to Greece to report on Syrian refugees, to Puerto Rico to report on the recovery from Hurricane Maria, and to Yellowstone National Park, for a collaborative reporting project on conservation and environmental issues. In 2017, he also was visiting professor at UNIVA University in Guadalajara, Mexico.

He has served as an invited moderator for several panel discussions on topics related to photojournalism and multimedia; including the Montclair Film and Book Festivals, and the Yogi Berra Museum & Learning Center. He has also served as juror for several media contests, including the Pulitzer Prize, NPPA, AEJMC, Newswomen’s Club of New York’s Front-Page Awards, Boston Press Photographers Association, Virginia Press Association, and the Utah News Photographers Association.

Tom is a highly sought-after public speaker and consultant providing multimedia training for journalists, students, and corporate media professionals. He can be reached here for availability.

While many of his assignments focus on news and other difficult subjects; his favorite photography comes from traveling to new places, as well as capturing the beauty of moments in everyday life in and around New Jersey.