Former CNN lead news anchor Aaron Brown joins Tim to tell his story from September 11, 2001, where he brought the event to 1.4 billion viewers around the world, live as it happened. It was Aaron Brown on that day, standing on a rooftop in New York City, bringing us one of the most historic and tragic moments of our generation in real time. This episode is part of our special series, “9/11: A Generation Removed.” 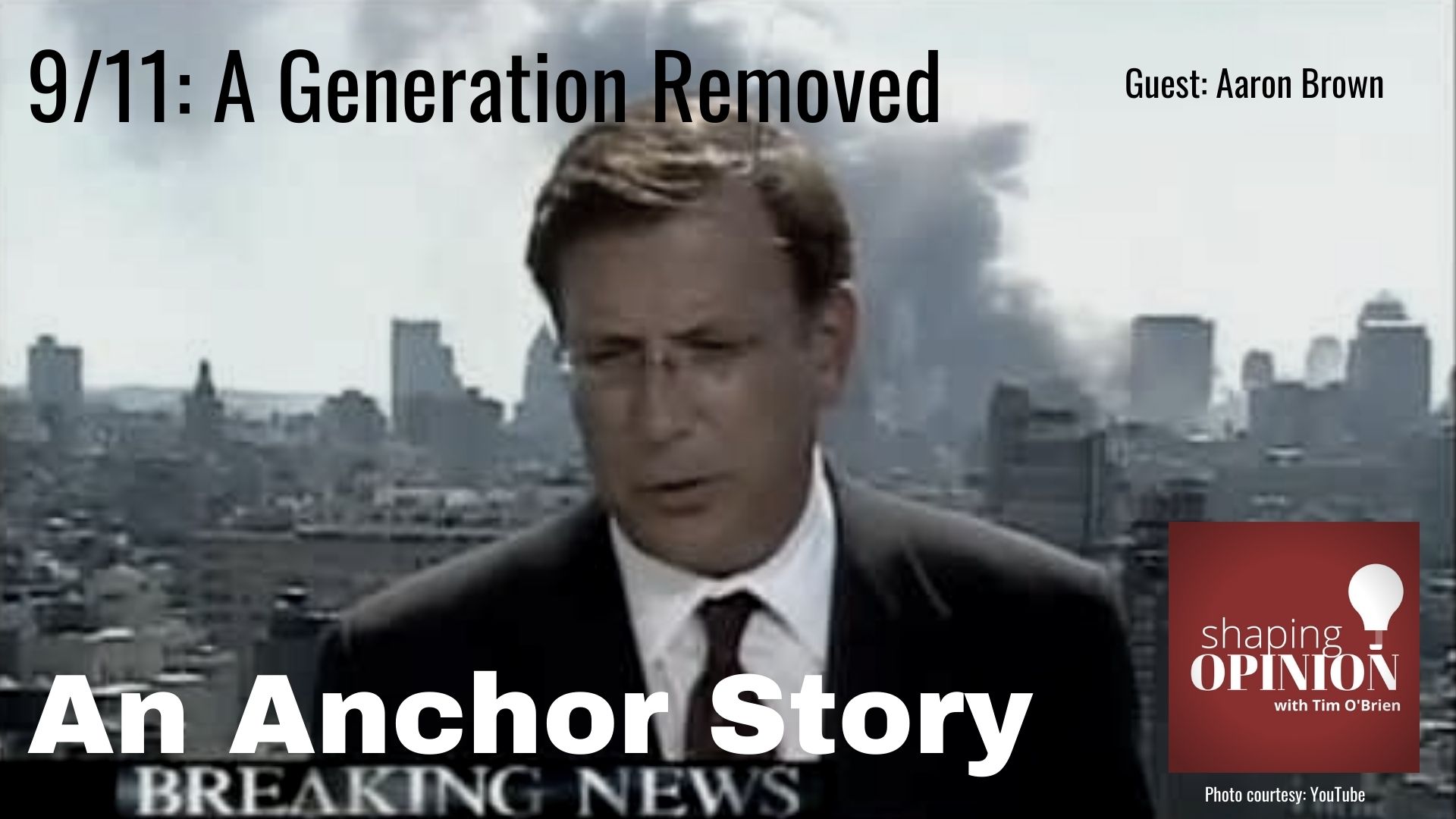 If you remember September 11, 2001, you remember how you learned of the terrorist attacks of that day. If you weren’t in New York City, or at the Pentagon, or in Shanksville, Pennsylvania, chances are you remember getting the news from a friend, or a coworker, or a family member, and then you turned on the TV.

I’ll tell you what I did. I was in a meeting in a building just next to the Pittsburgh airport. We could hear and feel the roar of jet engines nonstop as they came in, one after the other to land. This was not normal. I remember telling the person I was with that it reminded me of jets landing on an aircraft carrier.

Minutes later, someone came into the room and told us that all flights were grounded, so if anyone had a plane to catch, they were out of luck. That a plane had hit the World Trade Center, and that was all they knew.

My meeting was over, so I went out to my car, and that was my first chance to get the news. I heard it on the radio. Then I went home and spent the rest of that day glued to the television, flipping channels, just like most Americans and people around the world.

While the Internet was extremely influential, television was the thing.

Most everyone in America still got most of their breaking news from one of the three broadcast networks or CNN, or the radio. Newspapers would follow the next day with in-depth reporting. News websites sort of filled in where broadcast and print couldn’t. It all worked together to give you the best picture of events as possible.

Live coverage removed the filter, it removed the buffer. Journalists were seeing events unfold with us. And so were decision-makers, from the White House to the Pentagon to air traffic controllers and first responders. If you weren’t on site, you were watching a TV monitor.

Yet still, it was the job of a few reporters to try to make sense of it all with us and for us.

Aaron Brown was the face and the voice of CNN on that day. He was the cable network’s lead anchor, newly minted, having just arrived from ABC. He was one of a handful of people, that the world relied on to try to understand what we were all seeing. To verify what we were all hearing. To know what was actually happening.

About this Episode’s Guest Aaron Brown

Aaron Brown is an American journalist most recognized for his coverage of the September 11 attacks on CNN. He was a longtime reporter for ABC, the founding host of ABC’s World News Now, weekend anchor of World News Tonight and the host of CNN‘s flagship evening program NewsNight with Aaron Brown. He was the anchor of the PBS documentary series Wide Angle from 2008 to 2009. He was a professor at the Walter Cronkite School of Journalism and Mass Communication at Arizona State University from 2007 to 2014.