9/11: Inside the White House Bunker

Retired Marine Lt. Colonel Robert Darling joins Tim to tell his story of what it was like in the White House bunker on 9/11, where the vice president and other administration officials gathered intel and made decisions minute by minute. Some of those decisions were not only life and death, but historically, never had to be made before. Robert gives an insider’s story on how the nation’s leadership responded to the most severe attack on America’s homeland since the Civil War.  This episode is part of our special series, “9/11: A Generation Removed.” 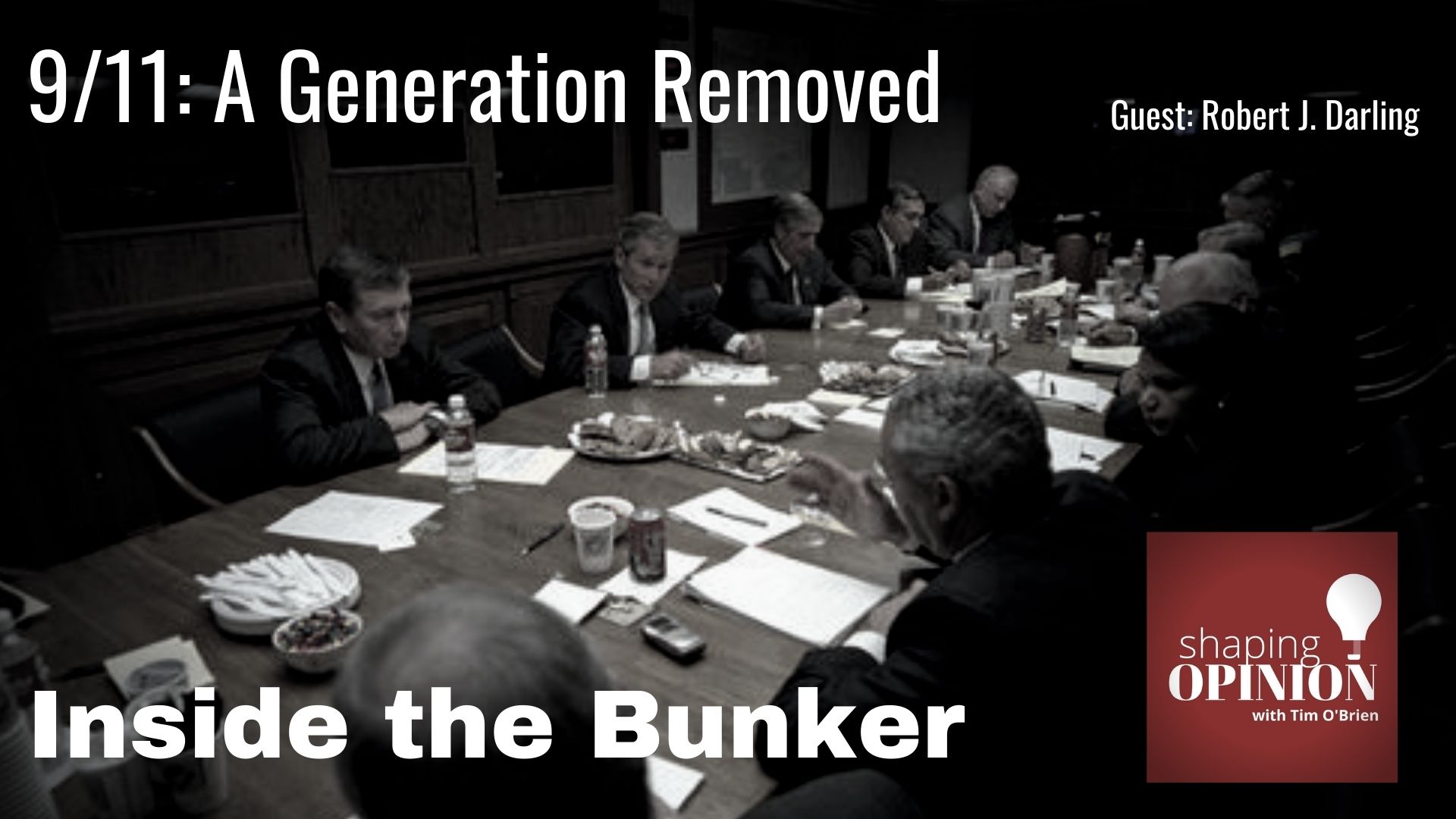 As much as has been reported over the years about what happened on September 11th, 2001, outside of some of the leaders involved, you rarely get the chance to hear the story from an insider – someone who was both a participant and a witness to history, in that context. That’s what you get when you hear the story of now retired Marine Lieutenant Colonel Robert J. Darling.

On September 11th, he found himself in direct support to Vice President Dick Cheney, the National Security Advisor, Dr. Condoleezza Rice, and others in the administration and in the nation’s leadership apparatus.

He was a critical communications link between those in the White House bunker and the chain of command outside of the bunker in national security, at the Pentagon, transportation, the Federal Aviation Administration, world leaders and others.

When the terrorist attacks happened, the President was in Florida. The vice president was on site in the White House, along with other senior members of the administration.

In the years before September 11th, much prepared him for what he’d see, what he’d hear and what he would have to do on that day. But as we find out, everyone who was with him in the White House bunker that day brought with them their own special histories and experiences that uniquely prepared them for the roles each would play, to make decisions that would affect the safety of millions and influence the future of the country they served. 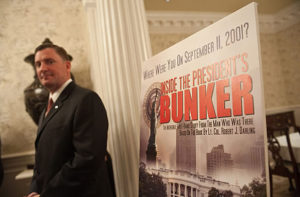 Lieutenant Colonel Robert J. Darling retired from the United States Marine Corps with just over twenty years of active duty service in October 2007. He flew Cobra attack helicopters in Desert Shield and Desert Storm during the first Gulf War and in Somalia, Africa in support of Operation Restore Hope. In June 1998, he was selected to fly as a presidential pilot with Marine Helicopter Squadron One and in October 2000, he was selected to work for The White House Military Office, Airlift Operations Department. It was in that capacity that, then Major Darling supported the President, Vice President and National Security Advisor in the Presidential Emergency Operations Center (PEOC) on September 11, 2001.

Bob graduated from Iona College, New Rochelle, NY with a BA in Economics in 1987. Upon graduation he was commissioned a 2nd Lieutenant aboard the USS Intrepid. In 2002 Bob attended the Naval Postgraduate School, Monterey, CA where he earned his MBA in Financial Management.

At the urging of family, friends, and colleagues to share his witness to American history, Bob wrote his memoir, “24 Hours Inside the President’s Bunker, 9/11/01: The White House. He continues to share his personal experience and knowledge of crisis leadership with many military, corporate, and university audiences nationwide. He is the President of Quantitative Analytics, LLC, an aviation operations and logistics consulting company located in Stafford, Virginia.