Encore – The “Lost Colony” is Found

Historian and author Scott Dawson joins Tim to talk about his team’s discovery of what actually happened to the Lost Colony of Roanoke Island on the Outer Banks. He has spent the past 11 years working with a team of archaeologists, historians, botanists and geologists to try to uncover the truth behind the story of the Lost Colony. This episode was first released on September 20, 2020. 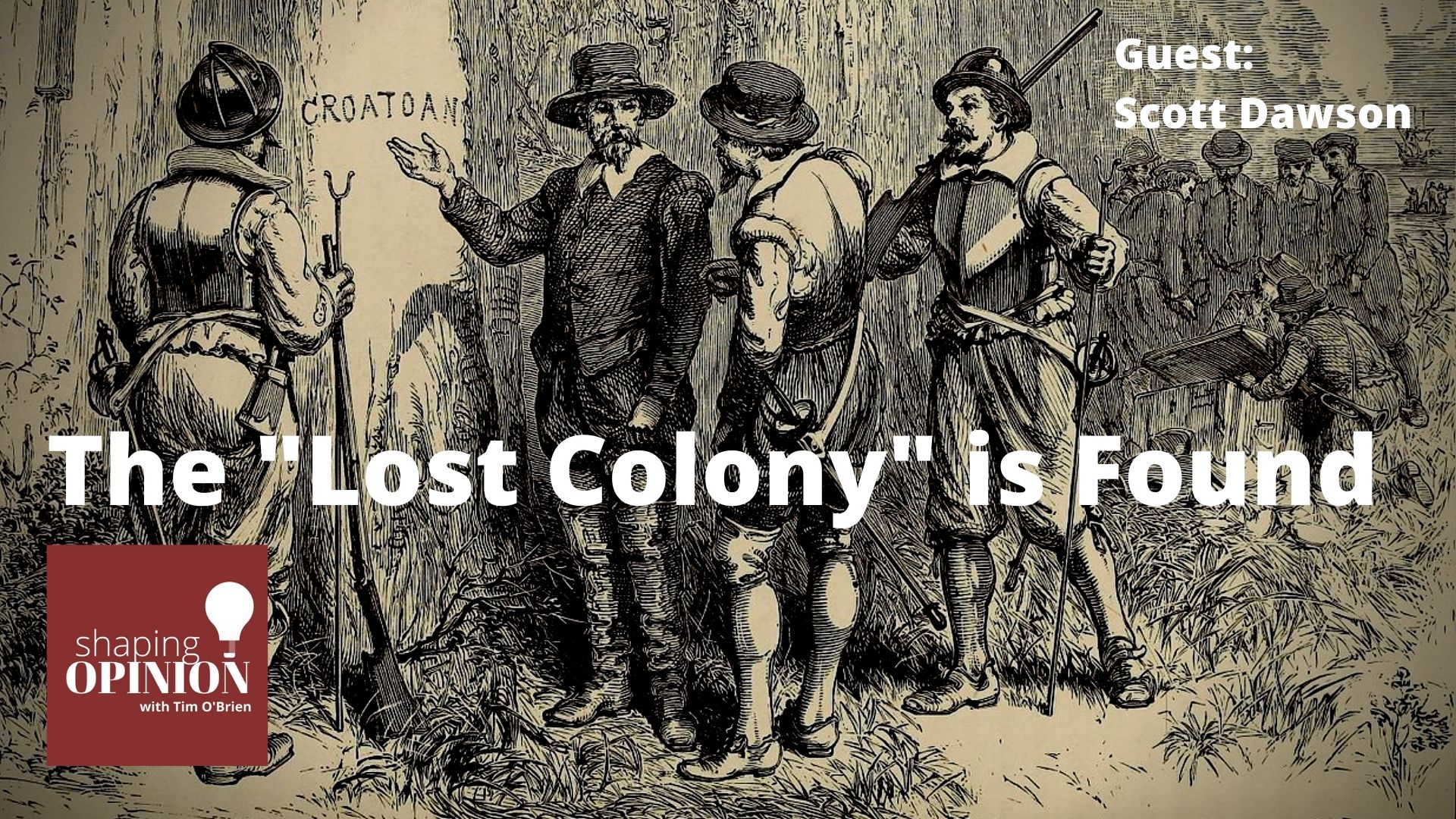 It was August of 1590, and Englishman John White was about to return to the Roanoke Colony in the Americas, where he had been named governor three years earlier.

John was among 115 English settlers who landed at Roanoke Island off the coast of what we now know as North Carolina in the Outer Banks region. After the group settled in Roanoke, John had sailed back to England to collect a load of supplies the settlers would need.

He would have returned to Roanoke Island sooner, but England’s war with Spain complicated things.

So, now, three years later, John is about to return to Roanoke, where he last saw his wife and daughter, along with his granddaughter, and the other settlers.

Then something unexpected happens. When John White arrives at the colony, he finds no one. Not a single person is there to greet him. Not a trace. One clue, however, would prove to be the key to unlocking this mystery over 400 years later.

On a wooden post, one word was carved.  It said “Croatoan,” which is the name of a local native American tribe, and the name of an island south of Roanoke where the Croatoans lived.

Those are the facts we’ve known until now.

Scott Dawson has studied this mystery more than most and decided to get some answers for himself.

About this Episode’s Guest Scott Dawson 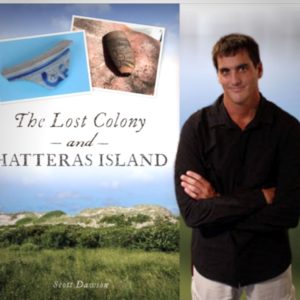 Scott Dawson is a native of Hatteras Island whose family roots on the island trace back to the 1600s. He is a graduate of the University of Tennessee with a BA in psychology and minor in history and is a well-known local historian, local author and amateur archaeologist. He is president and founder of the Croatoan Archaeological Society Inc. and has participated in a decade of archaeological excavations and research on Hatteras Island under the direction of Dr. Mark Horton. He also serves on the board of directors of the Outer Banks History Center.