Wall Street Journal Deputy Bureau Chief for China and author Josh Chin joins Tim to talk about his new book he co-authored with fellow WSJ journalist Liza Lin. It’s called “Surveillance State: Inside China’s Quest to Launch a New Era of Social Control.” Josh tells about how China has led the way into a new era of mass surveillance on a scale the world has never seen. And it’s not limited to China. 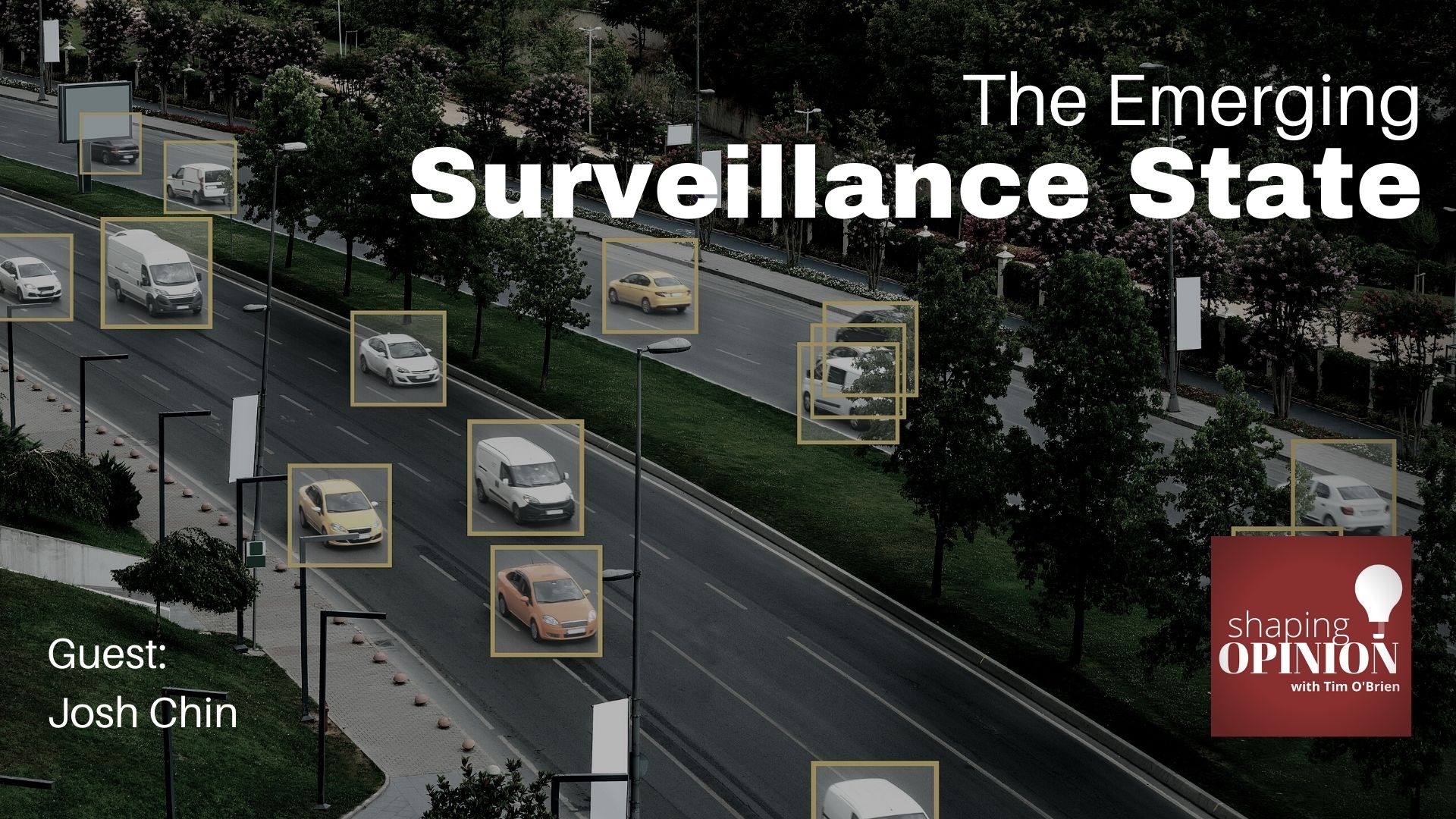 The idea of an authoritarian state spying on its citizens is nothing new. Many are alive today who can still remember the secret police of East Germany and their middle of the night raids. There are even a few who still remember the Nazis. And of course, the Soviet Union had its KGB.

In these countries, spies could be anywhere, and on top of that, you could never be entirely sure you could completely trust some friends or family. But the difference between totalitarian governments of the past and the ones emerging today centers on people. You just don’t need as many, or sometimes any, if you’re a totalitarian regime who wants to spy on your people to control them.

You don’t need as many of those secret police or snitches to get the information you want.

Today, the difference is, in a word, technology. And nowhere is this more evident than in China.

Josh Chin wrote a book that we will talk about today, and in it, he says that by the start of 2020 – by the start of the pandemic – there were almost 350 million cameras installed on Chinese streets, in public squares, in subway stations and around buildings. There were more than 840 million smartphones throughout the country in the purses and pockets of individuals. Each collecting and transmitting data on its user back to a central database. Organizing it to create a profile on the behaviors of each person. 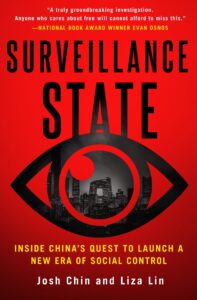 In China, mobile payment systems log millions of transactions every day, and send that data back into the system, further completing the state’s picture of each individual.

For Chinese citizens, where you go, what you do, what you buy, the questions you ask search engines, all of it paints a mosaic of you for the authoritarian government. That profile is so full of data, so full of analysis, that the artificial intelligence platforms that follow you, may know you better than you know yourself in some respects. And perhaps even more chilling, the predictive analytics built into these platforms are quite effective at predicting what you will do next.

Machines that learn, not shadowy spies, can now listen, see and even think on an entirely new level. Harvesting data. And judging you.

Imagine the power that would give an authoritarian government. Well, you don’t have to, it’s here. It’s the power of Big Brother from George Orwell’s prescient book, “1984.” But Josh Chin thinks there’s another book that may have been even more prophetic. It was written in Russia just over 100 years ago, and it’s called simply, “We.”

About this Episode’s Guest Josh Chin 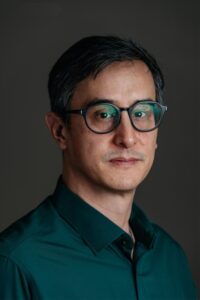 Josh Chin is an award-winning journalist and author who has spent almost two decades documenting the rise of China, mostly for The Wall Street Journal.

Josh was hired by the Journal to cover the Beijing Olympics as a freelance video journalist in 2008. He later joined the paper full time to run its China blog, China Real Time, which covered the country’s development in every facet, from the delightful to the deadly serious. He switched to reporting on Chinese politics in 2013, covering Xi Jinping’s crackdown on dissent, the activities of Chinese military hackers, and China’s race to build technologies of the future.

In 2017, Josh teamed up with fellow Journal reporter Liza Lin and other colleagues to investigate the Chinese Communist Party’s unprecedented experiments with mass digital surveillance, including a previously hidden campaign of forcible assimilation targeting Turkic Muslims in the country’s remote Xinjiang region. The resulting series of stories won the Gerald Loeb Award for international reporting, an award for excellence in investigative reporting from the Society of Publishers in Asia, and a Human Rights Press Award for multimedia reporting.

In early 2020, shortly after being promoted to deputy bureau chief, Josh was expelled from China along with two other Journal reporters, in what would turn out to be the opening shot in a media war between the U.S. and China that led to dozens of reporters being expelled from both countries. That same year, Josh was presented with the Don Bolles Medal for courageous China reporting alongside three other expelled reporters. He was also awarded a New America national fellowship for SURVEILLANCE STATE, his first book.

Josh was born in Park City, Utah. As a child, he spent summers working in his grandparents’ Asian grocery store in California. He first visited China as a teenager on a family trip in 1991, when horse-drawn carts still competed with cars for space on Beijing’s highways. Between stints as a journalist, he spent one year as the sous chef of a French restaurant on a man-made island floating in San Francisco’s Fisherman’s Wharf. Since being expelled from China, he has tried to adapt his kitchen skills to the Sichuan dishes he had to leave behind, with decidedly mixed results. He currently lives with his wife in Seoul.