Meme Culture: How “Buckle Up, Baby” Became a Meme

Tyler and Hilary Avolia join Tim to talk about the time a spontaneous moment at a hockey game when Tyler was two turned into a meme that is now known around the world. In this episode, we look back to the time a local TV news clip from a Pittsburgh Penguins hockey game in 2014, made Tyler’s baby face one of the most shared memes on the Internet. The topic? Meme culture. 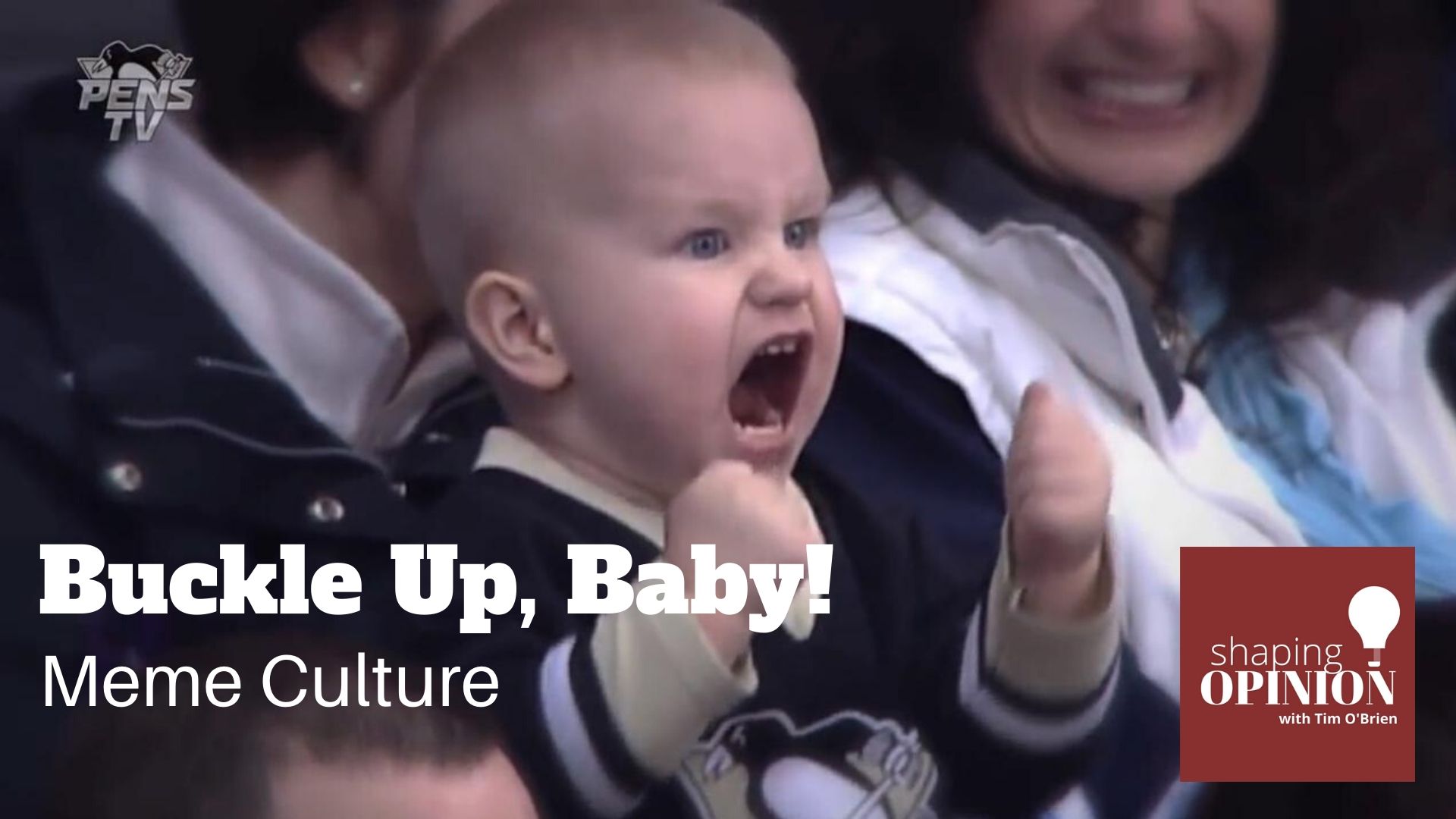 It’s 2014 and as the Pittsburgh Penguins liked to say, it was a hockey night in Pitttsburgh.

A two-year old Tyler Avolia was very excited. He was with his mom and dad in the one place he’d want to be, watching hockey.

Hilary says that her son liked hockey for as long as she could remember, but that year, the two-year old took it to a new level when he received hockey equipment for Christmas. Skates and a stick and hockey nets.

Hilary said they tried getting Tyler interested in baseball, but all he cared about was hockey. She said he even learned the words to the National Anthem by watching hockey on TV every time the Penguins played. And he insisted on singing the Anthem before playing any hockey himself.

Tyler’s family were season ticket holders for the Pittsburgh Penguins and went to quite a few games that year. So it was that on one night, after a big goal, the Penguin’s television cameras scanned the arena for crowd reaction and found Tyler sitting on his mom’s lap. The baby-faced toddler had a fierce expression on his face, as he pumped his fists in the air and let out a scream in excitement.

Later in the season, when the Penguins and their star captain Sidney Crosby were battling it out with the Philadelphia Flyers, Crosby scored a goal and the arena went wild. 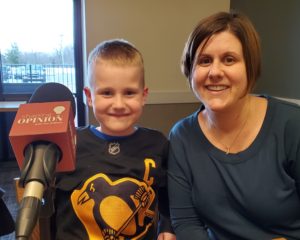 Tyler and his mom Hilary today.

By then, the video crew in the booth had already cued up that video of young Tyler pumping his fists. Then something unplanned happened.

The Penguins’ announce and former player, Phil Bourque commented on Crosby’s goal by saying, “Buckle up, baby! You gotta be kiddin’ me.”

He said this right when the video of Tyler flashed across the video screen in the arena and on TV. The juxtaposition between Bourque’s words and that video of Tyler went viral almost instantly.

The Penguins even decided to make the words, Buckle Up Baby, their team slogan for the playoff run. But according to Hilary, that was just the beginning.

It’s one thing to have a viral video, and another for your video to become a widely popular GIF and a Meme, which is the case here.

What is Meme Culture?

A meme is a relatable graphic or video clip with text. Memes usually originate as viral videos like the one we’re talking about in this episode. Most memes have lines of text that overlay the video to express a particular message.

You see them on social media messages and in texts. They are used to express a feeling or a gesture.

If you want to thank someone, or congratulate them, or say hi, or wink at someone, or applaud something, there’s a meme for that. In fact, there are many memes for just about any occasion.

People who want to apologize for something and who can’t find the words, may use a GIF of a sad puppy.

The term ‘meme’ was introduced in 1976 by the famous British biologist Richard Dawkins. As memes became more popular, meme culture emerged. Memes have now become so common on social media, they’re replacing words and emoji as a way to communicate in everyday communication.