Out of Tragedy Emerges Gratitude

Steve Garrett, the host of the Within the Realm Podcast, joins Tim to talk about giving thanks in a way you may not expect. Steve shares his story of personal tragedy that he and his family have faced, and how through it all, he has found a way to be grateful. 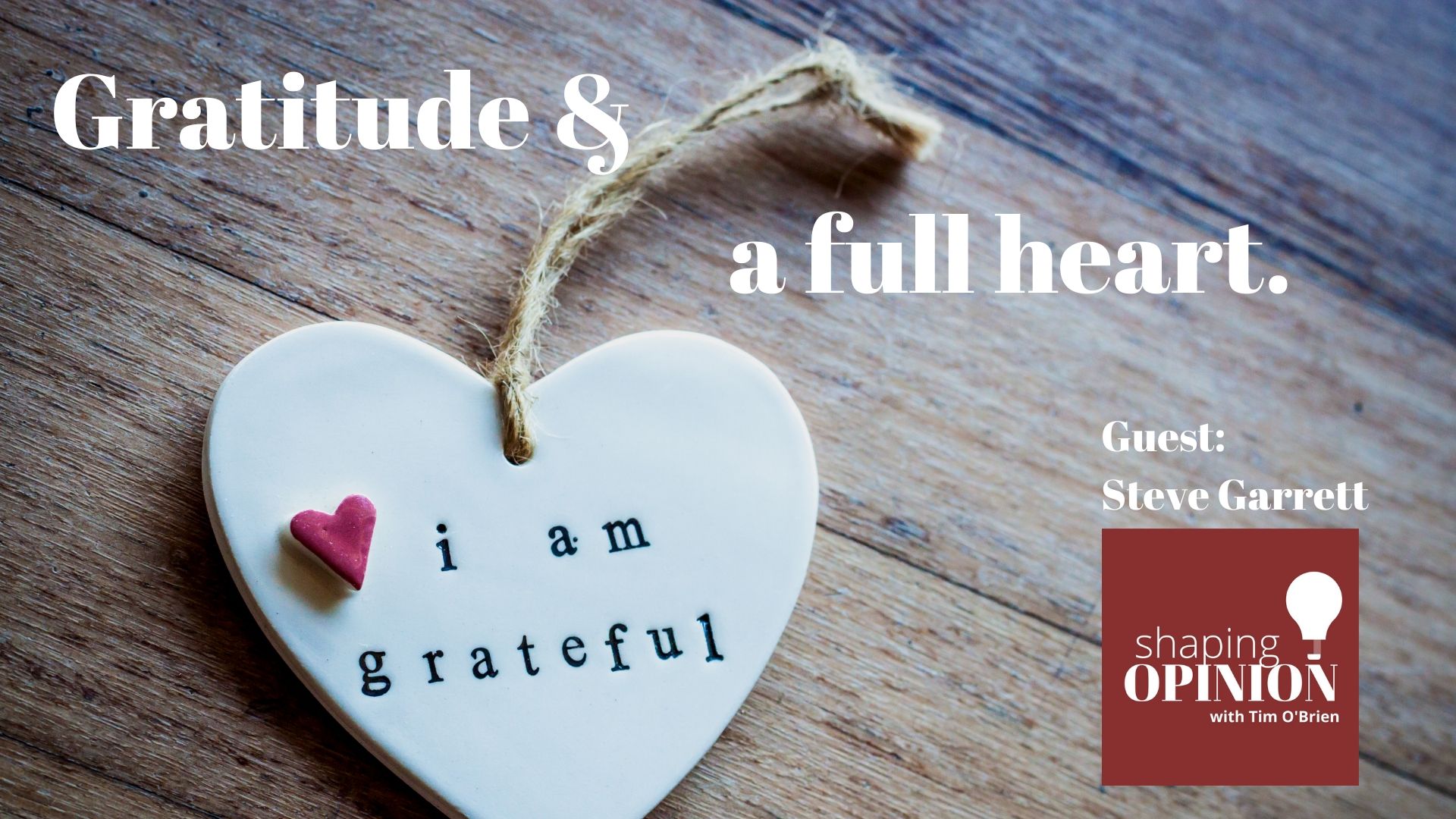 This Thursday, millions of Americans will gather together for the Thanksgiving holiday. There will be the Macy’s Parade to start the day off. There will be football on television, and maybe down the street, the kids will play their annual Turkey Bowl game. And of course, family and friends will gather for dinner. Turkey, stuffing and all the fixings.

Before they eat, many will bow their heads before dinner and give thanks.

This is an American tradition that can trace its roots to two things.

By now, you may be familiar with the story of the first Thanksgiving. This is where in 1621, it was said that the Pilgrims celebrated their first harvest in this New World in a place called Plymouth Plantation, now part of Massachusetts.

The story is that 53 Pilgrims celebrated for three days, and were joined by 90 American Indians.

The second part of the Thanksgiving story begins with George Washington proclaiming that Thanksgiving be celebrated nationally, starting in 1789. President Abraham Lincoln declared Thanksgiving a federal holiday in 1863. And it was Franklin Delano Roosevelt who determined that the date for Thanksgiving should be the last Thursday in November.

America celebrates many holidays, but Thanksgiving is the only one that does not honor specific individual, or wartime event, the wartime dead, or a group of people.

Thanksgiving is the only holiday that celebrates an idea, and that idea is gratitude. It’s this idea that is our focus today, and I can’t think of anyone better to talk to about it.

Steve Garrett has become one of my best podcasting friends, even though we’ve never actually sat in the same room together. In the course of getting to know about Steve, I learned of a terrible tragedy that no parent would ever want to face, the loss of a child.

Often times when we think of giving thanks, we think of being thankful for the good fortune we have, like those pilgrims. But over time, we learn to be thankful for other things not so obvious.

Steve is thankful for the time he was able to have with his son Jacob.

About this Episode’s Guest Steve Garrett 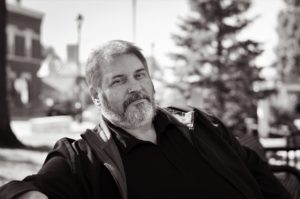 Steve Garrett, the host of Within The Realm, has a lot of irons in the fire. He has been a journalist, a government official, a musician, a writer a political activist and, what he calls a “serial band dad.”

Born in a small town in eastern Oklahoma, his is a folksy approach to storytelling, no matter how cosmopolitan or urbane the subject matter might be. This upbringing allows Steve to look at material in a critical way. “Stories are a great way to learn important truths that we can apply to our own journeys,” he said.

His many endeavors have brought him into contact with many interesting people. He’s been lucky enough to hear their stories. When the time came to begin his stint as a podcaster, he knew he had plenty of stories to tell and pass along.

“I want the audience to hear these stories, in a conversational tone and in the subject’s own voice, if possible,” he said. “We miss a lot about people because we miss their stories. If this show can make people look around and see things in a different way, no matter how small, I think we’ve done our job.”