The Jetsons: How’s that Future Going?

Author Danny Graydon joins Tim to talk about the classic cartoon The Jetsons and how a children’s television program from the 60s could have had such staying power after only one season, and some of the many visions of the future depicted in the show. What’s our progress been towards becoming the world of The Jetsons? 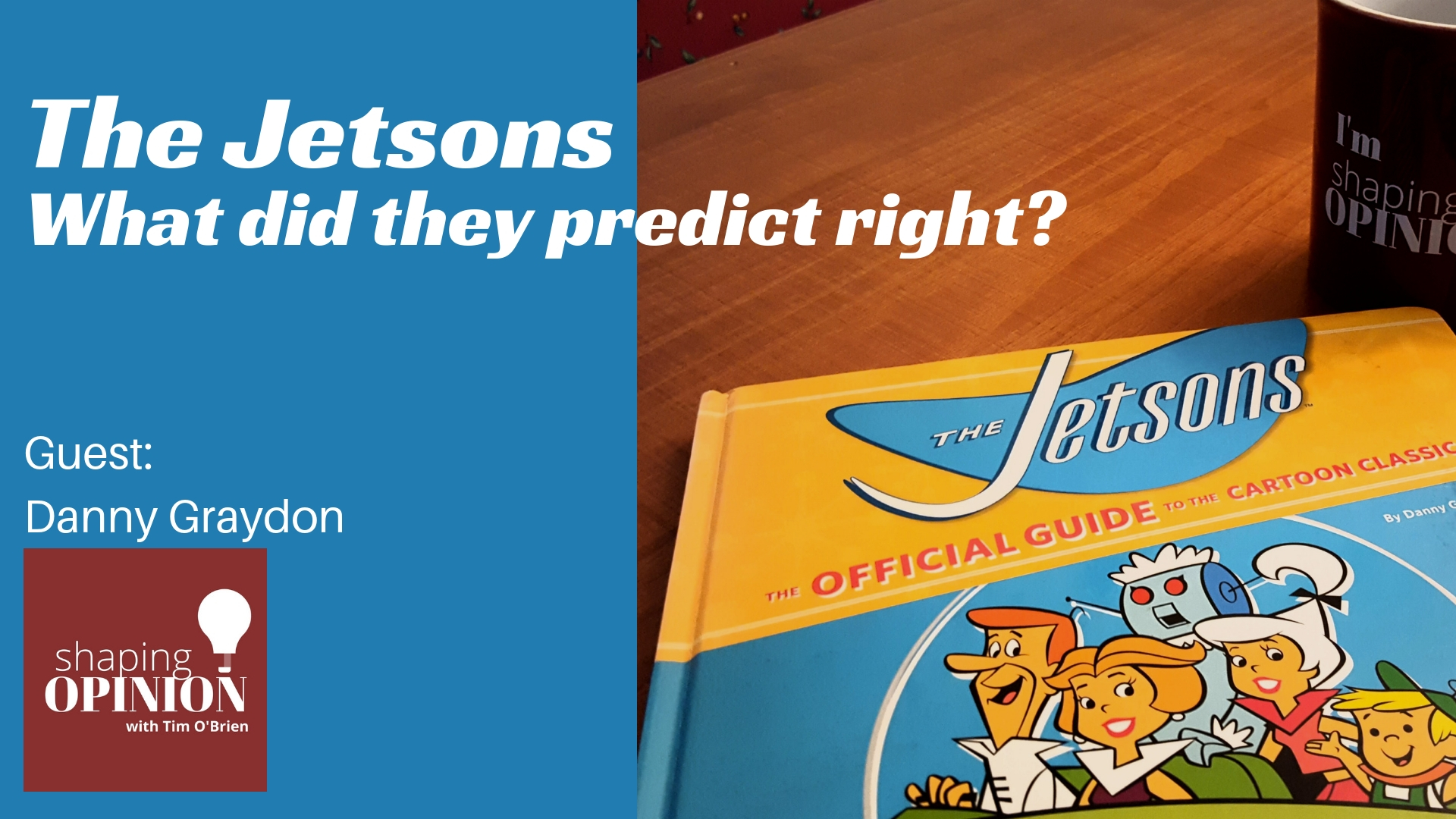 Danny Graydon is an academic, journalist and author who specializes in Film and Comics. He is also the author of a book called The Jetsons: The Official Guide to the Cartoon Classic.

In this episode, we talk with Danny about The Jetsons. Things you may remember, some things you didn’t know, and how a kids’ cartoon could shape the way we once thought about the future.

On Sunday, September 23rd, 1962, ABC Television launched its first program ever to be broadcast in color, and that show was The Jetsons.

The Jetsons were a children’s cartoon broadcast in prime time.  At a time when America was engaged in a space race with its arch-enemy the Soviet Union, and in the post-war boom, these were the Kennedy years. It was all about optimism for the future.

The Jetsons featured a future with flying cars, cities in the sky, robots and space ships, and all of the promise of automation. The Jetsons didn’t come up with these ideas, but they presented so many of them in an entertaining and relatable way. As the “norm.”

The Jetsons only lasted one season, 24 episodes on ABC.

Some have speculated the reason is the Jetsons were in color. The show did not look the same in black and white, but most Americans only had black and white TVs at that time. Less than 3% of American homes had a color TV set then. Many local affiliates didn’t even broadcast in color at that time.

While it is never said within the show, publicity materials and news articles have the show set 100 years into the future, which would be 2062.

The Jetsons debuted during a period of American history where there was renewed hope, the beginning of the 1960s when Kennedy was in power and very popular.

About this Episode’s Guest Danny Graydon 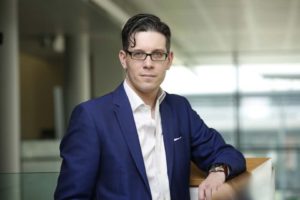 Based in Bedfordshire, UK, Danny is a Journalist, Author and Academic specializing in Film & Comics.
A lifelong devotee of both mediums, he places particular focus and enthusiasm on the Superhero genre in its various forms (particularly related to DC Comics), Film Music, the cinema of The New Hollywood, screen-based Science Fiction & Fantasy, Special Effects (practical and digital) and the work of Steven Spielberg.

A graduate of King Alfred’s College, Winchester (now Winchester University) in 1996 and The London School of Journalism in 1998, he began my media career the following year at Turner Broadcasting in London, where he was Editor of the UK website for Turner Classic Movies.

He is the author of The Jetsons: The Official Guide to the Cartoon Classic, along with other books.

Going freelance full-time in July 2001, he has contributed to a wide array of outlets – both print and online.