Writer, editor, producer and actor Jason Liebig joins Tim to talk about the Sears Wishbook. Jason is the creator of a website called WishbookWeb.com, which has archived complete, high-quality scans of Sears Wishbooks and other holiday catalogues going back to 1933. In this episode, we talk about a holiday tradition sure to bring a smile to your face. 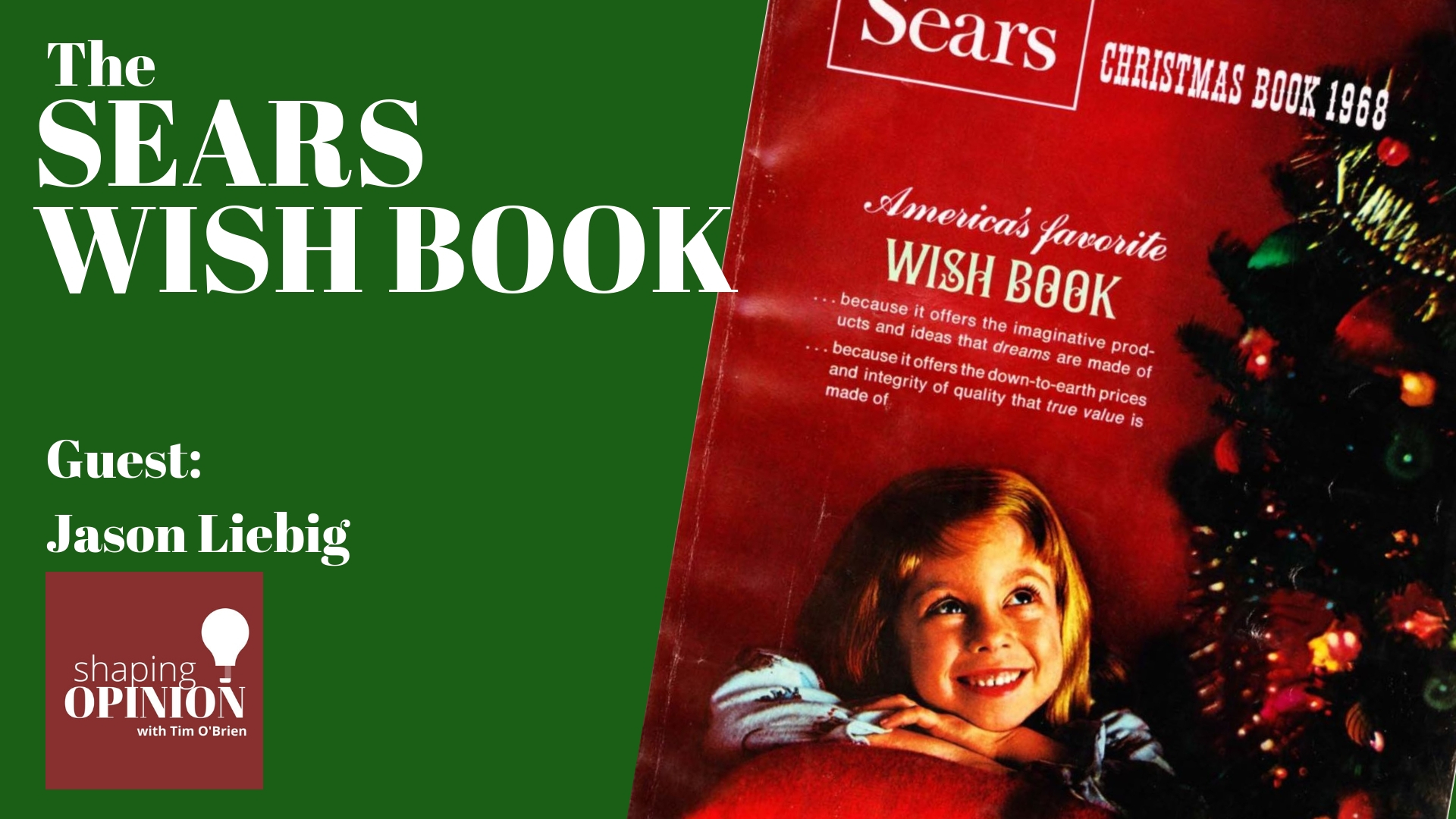 The very first Sears Wish Book was published in 1933. It featured dolls, a Mickey Mouse Watch, Lionel electric trains, fruitcakes, chocolates and even live, singing canaries. The store catalogue was 87 pages long, and featured 25 pages of toys for kids and 62 pages of gifts for adults.

This year, Sears will not publish a Wish Book, but that is not stopping many from revisiting their childhoods through a website called WishbookWeb.com. Jason Liebig is the man behind it.

The first Sears Wish Book came out in 1933. Prior to that, in 1896 the Sears general catalogue included wax candles for Christmas trees. But 1933 was the first year Sears devoted a full catalogue to Christmas.

The term Wish Book was an informal name. The real name was Sears Christmas Book Catalogue.

The company made it a tradition to put colorful, warm Christmas scenes on the cover. The company published the book annually from 1933 until 1993.

The Chicago Tribune once described The Wish Book as, “so central to holiday expectations it read like a catalog of middle-class American Aspiration … To flip through one today is to see what we thought our homes and holidays should look like.”

The Wish Book was delivered early. It would usually appear in mailboxes during the late summer right when the school year started.

WishbookWeb.com first launched in 2006, with the initial scanning project having started a year earlier in 2005. From the outset, the goal of the WishbookWeb project has been to archive, preserve, and share the wonderful holiday gift catalogs of the past – making them freely-available to anyone with a web browser. Inspired by the pioneering work of websites like Plaidstallions and MegoMuseum, who had already been sharing select pages of vintage catalogs online, our goal was to build upon that idea by sharing entire volumes, every section and every page. As you see it now, WishbookWeb represents the product of hundreds of hours of work to create the current archive.

About this Episode’s Guest Jason Liebig 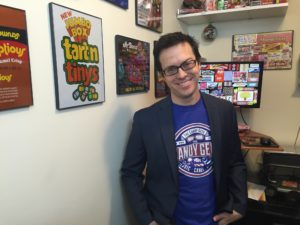 Jason Liebig is a New York City based writer, editor, producer, actor and host. After spending much of his early career in the comic book business, most notably as an editor for Marvel Comics’ X-Men, he has since split his time between developing his own properties while still consulting and working on others.

In addition to his work with WishbookWeb, Jason is one of the country’s premier candy collectors and historians with his discoveries appearing in countless blogs, magazines, newspaper articles, and books. He operates a web site called CollectingCandy.com. Always happy to share his knowledge and unique perspectives on this colorful part of our popular culture, Jason has consulted for The Smithsonian, The Baseball Hall of Fame in Cooperstown, and New York’s Museum of Food and Drink and more.

His knowledge of vintage brands and packaging (as well as his singular archive of vintage packaging materials) has allowed him to serve as art department consultant on such period television productions as AMC’s Mad Men and The Goldbergs on ABC as well as feature films like Stephen King’s “It”. That iconic 1980s Eggo box seen in Netflix’s Stranger Things? It was re-created and built from the scans of Jason’s prized original.