What to Do About Big Tech and Section 230

Josh Hammer joins Tim to talk about one of the hottest debates over the future of the Internet, the fate of Section 230 of the 1996 Communications Decency Act, which is credited with creating the Internet as we know it today and giving Big Tech almost unbridled power. Has that little provision outlived its purpose? We explore. Josh is opinion editor of Newsweek magazine. He’s a research fellow with the Edmund Burke Foundation. He’s counsel and policy advisor for the Internet Accountability Project, and he’s a syndicated columnist. 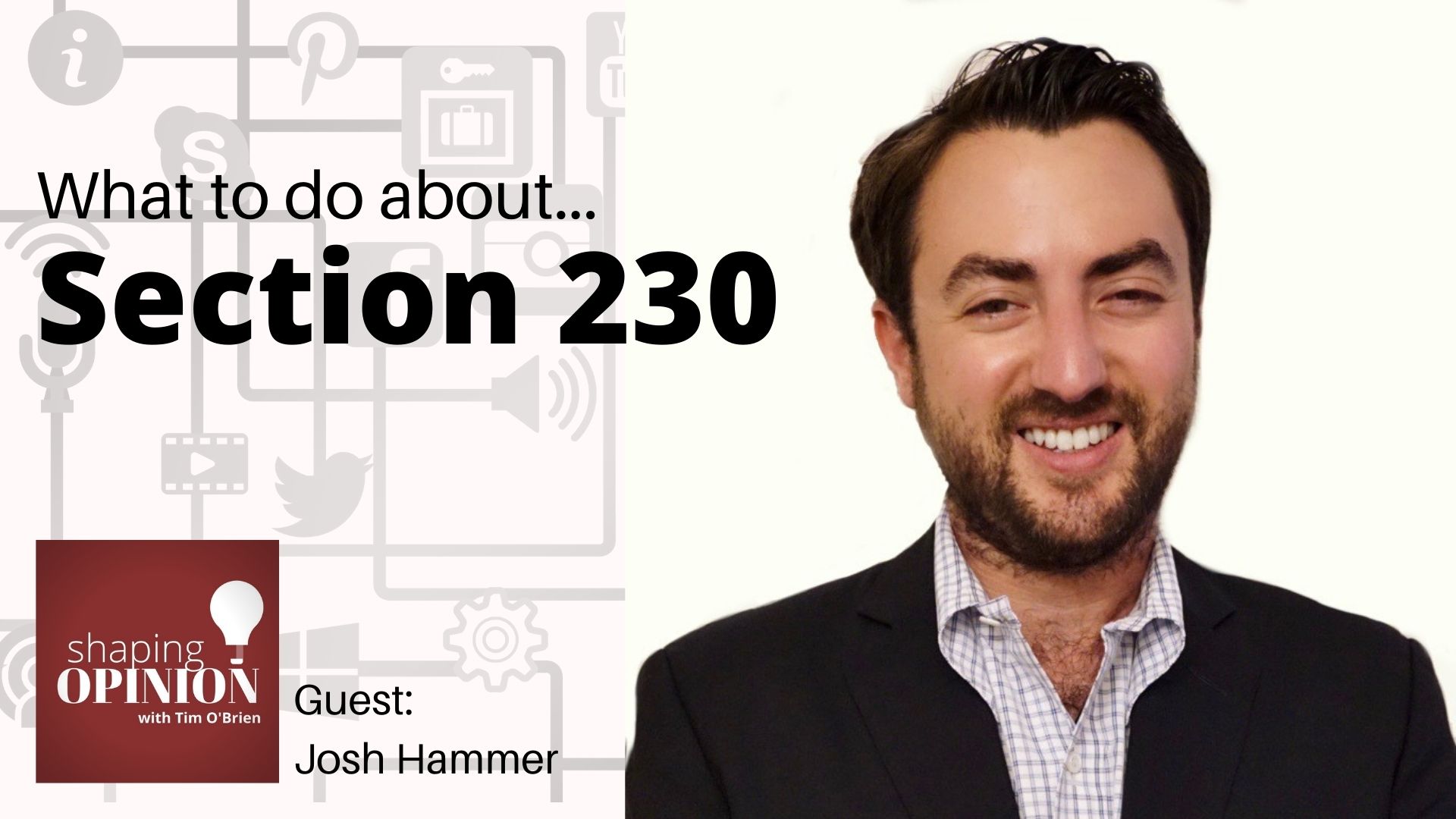 It’s 1996. Bill Clinton is president. The Oscar winning movie for the year is Braveheart. Nintendo introduces its Nintendo 64 gaming system. And there’s this thing that computer geeks are getting all excited about. It’s called the World Wide Web, the Internet. But even more than that, the Internet is starting to spread across the country to regular computer users.

Think about it. Until now, that computer on your desk was exactly that. Just a machine on your desk. It was connected to nothing. You had to insert a floppy disk into a drive, download some data onto it, remove it and physically take it to another place to transfer or deliver the data. The only places where you had access to computer networks were those big computer systems at your office or in government, universities or news rooms.

But now there was this thing called the Internet. Google was just being started. No one even knew about the company or why it would even be needed. Certainly, there was no Twitter, no Facebook, no Instagram, no YouTube. Social media as we know it would come much later.

For now, the novelty of the Internet was to learn how to get used to the very notion of connectedness. Being connected with someone else virtually. Chat boards. This was a totally new thing.

On the media front, if you wanted information, you’d have to get that from TV, mostly one of the three major networks or CNN on cable. Or your daily newspaper, or the radio. That was it. The editors and producers in those newsrooms held all the cards. They decided what you would know … or not know… about what was happening in the world on any given day. They would get to decide what opinions, theories, conspiracy or not, you’d get to hear about. No one else. They were the gatekeepers, and they liked it.

Two congressional representatives would get together to write something called Section 230 of the Communications Decency Act of 1996. California Republican Chris Cox joined with Oregon Democrat Ron Wyden to author Section 230. It states:

“No provider or user of an interactive computer service shall be treated as the publisher or speaker of any information provide by another information content provider.”

26 words. As they say, “the 26 words that created the Internet” as we know it today. Little did anyone know in 1996 what was in store for the world thanks to that Internet. And thanks to those 26 words.

Thanks to those words and a generation of innovators, companies, technologies and platforms, the world would become a smaller place. The legacy media would lose its stranglehold over mass communication, and the world would be forever changed, for better, and for worse.

The Internet is now the world’s new town square.

About this Episode’s Guest Josh Hammer 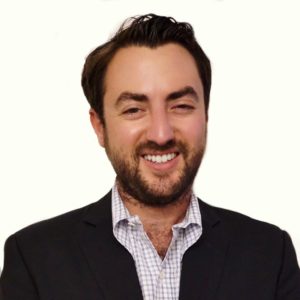 Josh Hammer is opinion editor of Newsweek, a research fellow with the Edmund Burke Foundation, counsel and policy advisor for the Internet Accountability Project, and a syndicated columnist. A frequent pundit and essayist on political, legal and cultural issues, Josh has been published by many leading outlets, including the Los Angeles Times, the New York Post, National Affairs, The National Interest, National Review, City Journal, First Things, Public Discourse, The Spectator, The American Mind, and Tablet. He had formal legal scholarship published in 2020 by the University of St. Thomas Law Journal, and he has forthcoming scholarship in the Harvard Journal of Law & Public Policy. Josh is a campus speaker through Intercollegiate Studies Institute, Young America’s Foundation, and the Federalist Society. He previously worked at a large law firm and clerked for the Honorable James C. Ho of the U.S. Court of Appeals for the Fifth Circuit. Josh has also served as a John Marshall Fellow with the Claremont Institute. He is a graduate of Duke University and the University of Chicago Law School.