What’s Next in Afghanistan

Journalist Hollie McKay joins Tim from Afghanistan where she lives and from where she files her reports as the Taliban strengthens its control over the country in the wake of the U.S. pullout. Hollie is a war crimes investigator, an author and a reporter who gives a view on what life is like for the people of Afghanistan now that the Taliban is in control. 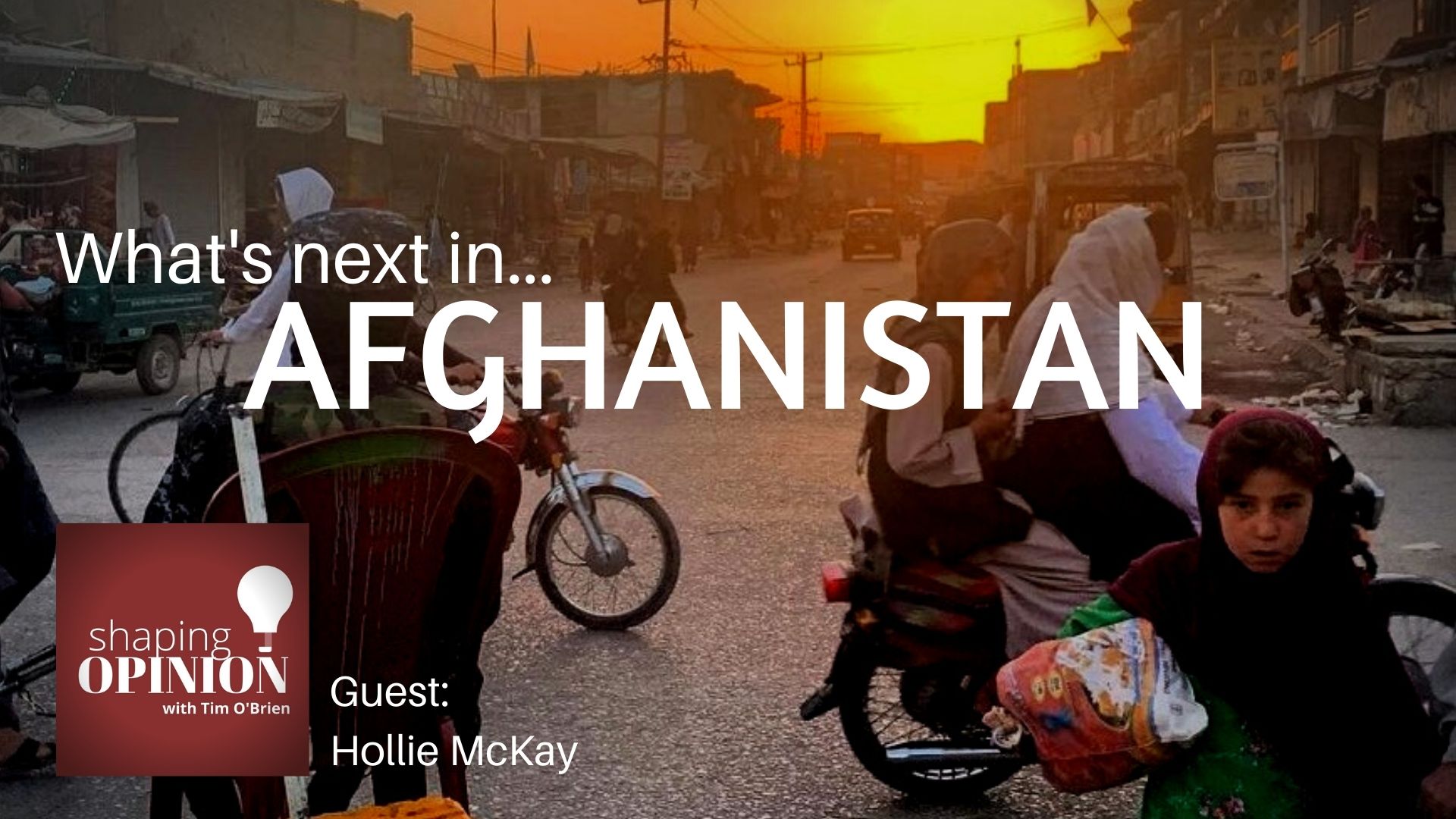 America just marked the 20th anniversary of the September 11th terrorist attacks on the World Trade Center, the Pentagon and four hijacked aircraft.

The attacks were waged by Islamic terrorists with the backing of Osama Bin Laden and the terrorist group Al Qaeda.  At the time, Al Qaeda and the Taliban operated terrorist training camps in Afghanistan, where the 9/11 hijackers trained.

On October 7, 2001, the United States and Great Britain responded to the 9/11 attacks by targeting terrorist training camps in Afghanistan with bombs and cruise missiles.

That led to a war against the terrorists in that country and a 20-year war-time occupation.

By August of this year, that conflict started to come to its end as the United States pulled out of the country.

Over the 20 years of the Afghan war, more than 3,500 allied troops died in combat. That includes 2,448 American service members. More than 20,000 Americans suffered combat-related wounds. Many more came home with scars you can’t see.

According to Brown University, roughly 69,000 Afghan security forces were killed during that period, as well as 51,000 Afghan civilians and 51,000 terrorists and militants.

The United States had spent $2 trillion on the conflict.  In the end, the U.S. left billions of dollars in military equipment and arms, including armored vehicles, drones and military helicopters.

In 10 days in August, from August 6th through the 15th, the Taliban took control of Kandahar, Mazar-e-Sharif and then the capital city, Kabul.

The incumbent Afghan government quickly fell apart with the country’s president fleeing to the UAE. The U.S. evacuated its embassy, and thousands of American citizens went to the Kabul airport to flee the country.

During the evacuation, two suicide bombers attacked the Kabul airport, killing more than 103 people, including 12 American Marines and one U.S. Navy medic.

By the time the Taliban took control, there were still an undetermined number of Americans and Afghan allies still in the country.

Hollie McKay is a war crimes investigator and has worked on the frontlines of several war zones that have included Iraq, Pakistan, Syria, Iran, and many other places, including Afghanistan.

About this Episode’s Guest Hollie McKay 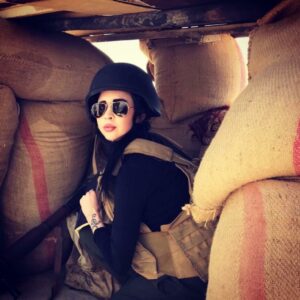 Hollie S. McKay is a foreign policy expert and war crimes investigator. She was an investigative and international affairs/war journalist for Fox News Digital for over fourteen years where she focused on warfare, terrorism, and crimes against humanity.

Her globally-spanned coverage, in the form of thousands of print articles and essays, has included exclusive and detailed interviews with numerous captured terrorists, as well as high-ranking government, military, and intelligence officials and leaders from all sides.

She has spent considerable time embedded with US and foreign troops, conducted extensive interviews with survivors of torture, sex slavery and forced child jihadist training, refugees, and internally-displaced people to communicate the complexities of such catastrophes and war crimes on local populations.

Hollie’s columns have additionally been featured in the Wall Street Journal and her writings referenced in innumerable mainstream publications and academic journals. Additionally, she has won numerous foreign press and humanitarian awards. She is acclaimed by her peers as one of the most diligent reports in her field.