Writing The Declaration of Independence

Historian Liz Covart joins Tim to discuss the events and circumstances that led to the American Revolutionary War, and the stories behind the actual drafting of the most revolutionary document ever written, The Declaration of Independence. Liz, who is also the host of the popular Ben Franklin’s World podcast, talks about the Declaration of Independence as a living, breathing document that is as relevant today as ever. 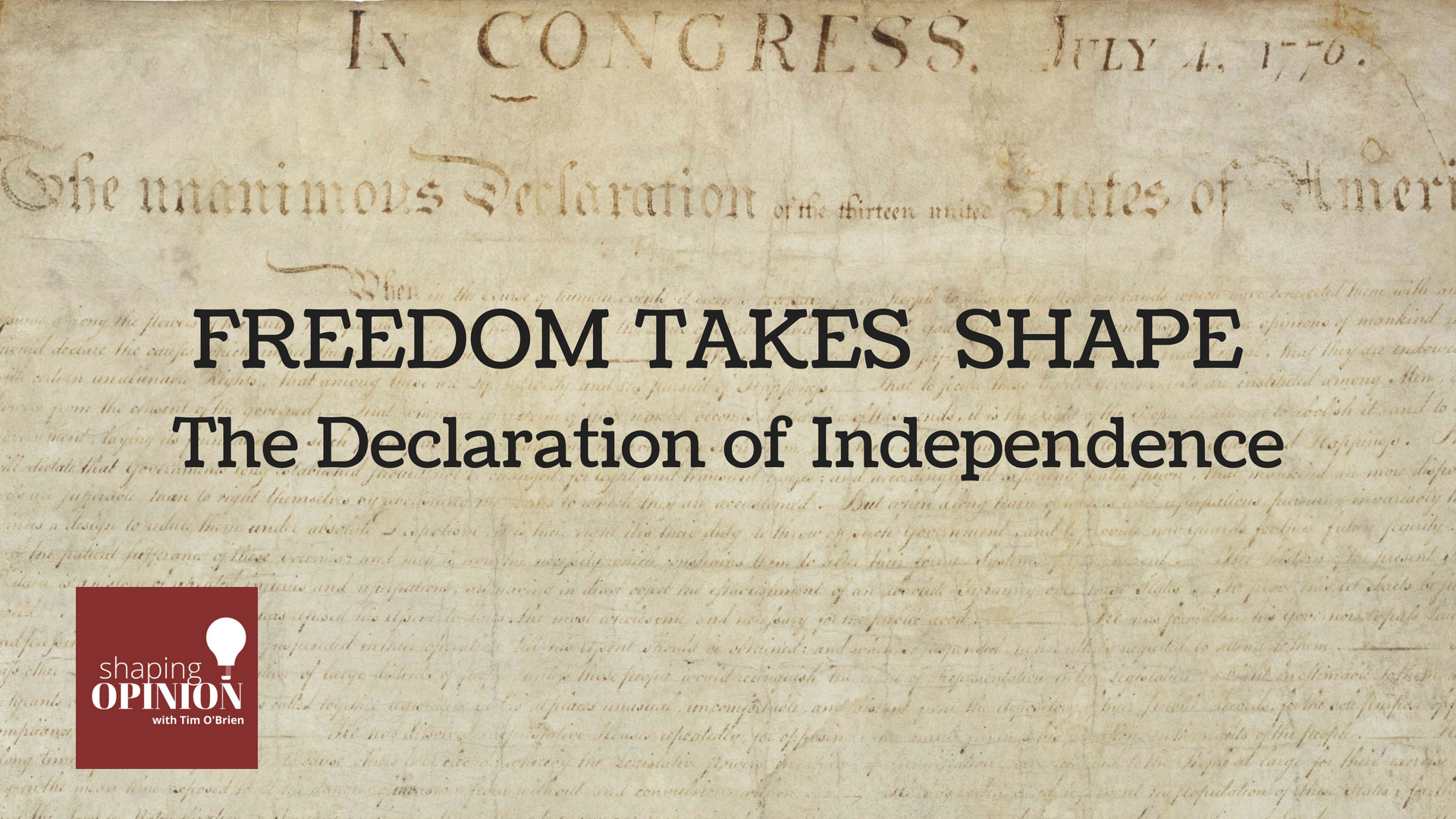 Declaration adopted by Continental Congress July 4, 1776, but work started on it early June of that year.

Many may think the declaration preceded the fighting of the Revolutionary War, but the fighting actually had already begun in Massachusetts (April 1775 with local militia skirmishes with the British army in Lexington and Concord over rights as British subjects.)

October 1775, King George II became very outspoken against the rebellious colonies and ordered expansion of the royal army and navy. The colonies got word of this and it only caused colonies to lose hope for reconciliation.

Late 1775, Benjamin Franklin communicated with the French that the colonies were leaning towards independence and could use some help.  France wouldn’t provide any support unless the colonies made it official.

Continental Congress met that winter and realized reconciliation with Britain was unlikely. It looked to them like independence was their only option.

December 22, 1775, British Parliament banned trade with the colonies. Tried to crush the resistance.  Continental Congress deliberated and planned. June 7, 1776, Richard Henry Lee made a motion for Independence. The group could not get full consensus at that time.

The colonies were not ready, but they did form a Committee of Five to draft the Declaration, which Thomas Jefferson (Virginia) Virginia to chair. Benjamin Franklin (Pennsylvania), John Adams (Massachusetts.), Roger Sherman (Connecticut), and Robert Livingston (New York). They needed a southern colony representative, particularly a Virginian.

The drafting of the Declaration took roughly three weeks.  Thomas Jefferson wrote it with input from John Adams and the others.

We talk about resources that may have served as source material, along with David McCullough’s description of Thomas Jefferson’s approach to the writing of the Declaration.

John Dunlap, official printer, worked through the night to set the Declaration in type and print roughly 200 copies. These were known as the Dunlap Broadsides sent to committees, assemblies, commanders in the Continental Army. One copy made it to King George II months later.

The introduction said independence was necessary for the colonies, the body listed grievances with the British crown, the preamble includes the most famous passage:

The unanimous Declaration of the thirteen united States of America, When in the Course of human events, it becomes necessary for one people to dissolve the political bands which have connected them with another, and to assume among the powers of the earth, the separate and equal station to which the Laws of Nature and of Nature’s God entitle them, a decent respect to the opinions of mankind requires that they should declare the causes which impel them to the separation.

We hold these truths to be self-evident, that all men are created equal, that they are endowed by their Creator with certain unalienable Rights, that among these are Life, Liberty and the pursuit of Happiness.–That to secure these rights, Governments are instituted among Men, deriving their just powers from the consent of the governed, –That whenever any Form of Government becomes destructive of these ends, it is the Right of the People to alter or to abolish it, and to institute new Government, laying its foundation on such principles and organizing its powers in such form, as to them shall seem most likely to effect their Safety and Happiness. Prudence, indeed, will dictate that Governments long established should not be changed for light and transient causes; and accordingly all experience hath shewn, that mankind are more disposed to suffer, while evils are sufferable, than to right themselves by abolishing the forms to which they are accustomed. But when a long train of abuses and usurpations, pursuing invariably the same Object evinces a design to reduce them under absolute Despotism, it is their right, it is their duty, to throw off such Government, and to provide new Guards for their future security.–Such has been the patient sufferance of these Colonies; and such is now the necessity which constrains them to alter their former Systems of Government. The history of the present King of Great Britain is a history of repeated injuries and usurpations, all having in direct object the establishment of an absolute Tyranny over these States. To prove this, let Facts be submitted to a candid world.”

About this Episode’s Guest Liz Covart 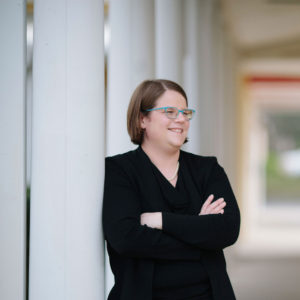