Julia Parsons joins Tim to talk about her role as a code-breaker during World War II. Julia was part of a a team of Navy women stationed in Washington, D.C. during World War II who worked to decipher German submarine messages that were sent in secret code using the Enigma machine. Her work relied on the now legendary Bombe machine invented by Alan Turing. 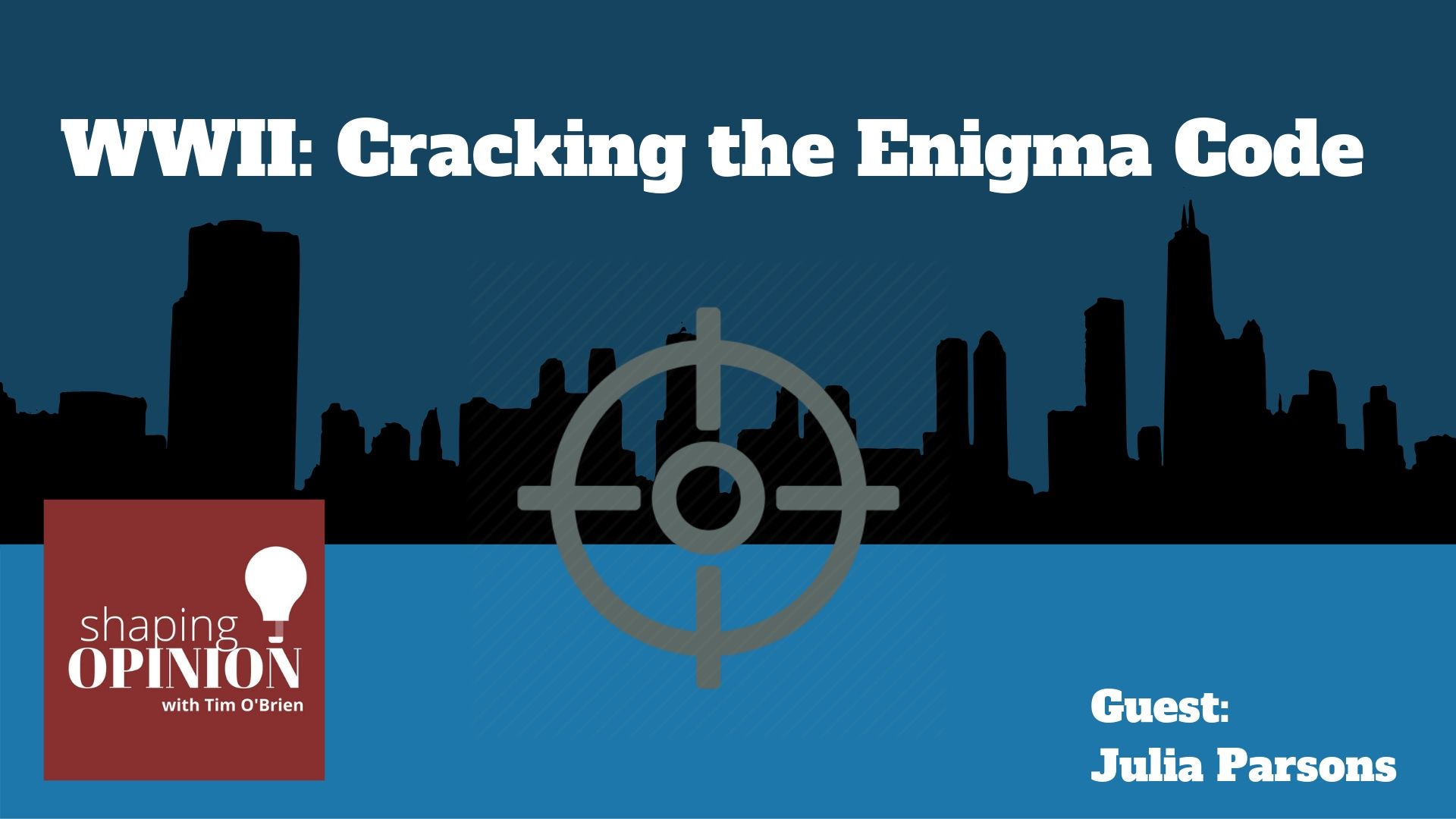 If you’ve ever seen the motion picture The Imitation Game, you would be familiar with the story of Alan Turing and his highly secretive and revolutionary work during World War II.

If you have seen that movie, it may give you a greater sense of what Julia Parsons, this episode’s guest, did in her own way to help the Allies defeat the Nazis.

Not long after the war started, German submarines were sinking more ships than the United States could replace. During 1942, German subs patrolled just off America’s Atlantic coast. Under the cover of darkness, they would torpedo ships that were silhouetted against the city lights in the background.

In the open water, German U-boats would operate in packs and sink entire convoys in coordinated attacks.

If a U-boat spotted a convoy, the German skipper would communicate with other U-boats nearby using a complex machine that sent coded messages that only other U-boats could decipher using the same machine. Then they would converge like a pack of wolves and attack allied ships. The goal was to cut off England’s supply line from the United States.

The machine that the German military used to create that secret code was called the Enigma. Enigma was so sophisticated it was thought impossible to crack.

The entire secret language the machine used changed completely every 24 hours. So, even if you were to crack the code of the machine today, you would have to start all over again tomorrow.

Both the Americans and the British were working hard on both sides of the Atlantic to crack the German military’s secret code.

In England, British Intelligence put together a team of their greatest minds and set about trying to solve the Enigma code. Alan Turing, young a mathematical genius, ran his own group as part of that effort, which would somehow find a way to crack the Enigma code.

In the process, he and his team created a new machine. Turing had realized that human beings alone could not analyze the vast amounts of data required every 24 hours to solve the Enigma problem each day. They needed a machine that was equally sophisticated at unlocking the Enigma code.

The machine Turing’s team invented was known as the Bombe, and not only would it crack the Enigma code, shortening World War II by two or three years and saving countless lives, but it would also launch the modern era of computing.

Thanks to the Bombe machine, the Allies could read German communications and gain a strategic military advantage in the field. German U-boats were neutralized. Allied ships were steered away from U-boats and kept safe.

In December 1942, Turing went to the United States to share what he knew about Enigma, along with his own solutions, with the U.S. military.

Meanwhile, the U.S. had its own code-cracking team.

Within that larger U.S. effort, Julia Parsons was on a team of Navy women who worked to decipher German U-boat messages sent by the Enigma machine.

In the Naval Communications Annex on Nebraska Avenue, thousands of WAVES (Women Accepted for Voluntary Emergency Services) worked in three shifts to break the codes the Germans used in Europe and on the Atlantic, and by the Japanese in the Pacific.

About this Episode’s Guest Julia Parsons 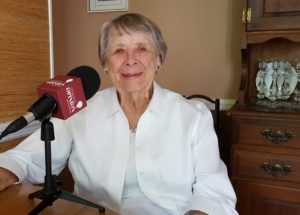 Julia Parsons is a graduate of Carnegie Tech (Carnegie Mellon University) and was a student when the Japanese bombed Pearl Harbor. Upon graduation, she decided to join the war effort as a member of the WAVES. She also happens to be the youngest 98-year old you’ll ever meet.