The Ludlow Massacre & The Birth of PR

Veteran public relations consultant, author and professor Fraser Seitel joins Tim to talk about a horrendous moment in American business history and how that spurred the need for the public relations profession and PR practitioners to serve as the “conscience of the organization.” This story centers on John D. Rockefeller, Jr., the striking workers of the Ludlow Camp in 1914, and one of the fathers of the PR profession, Ivy Lee. 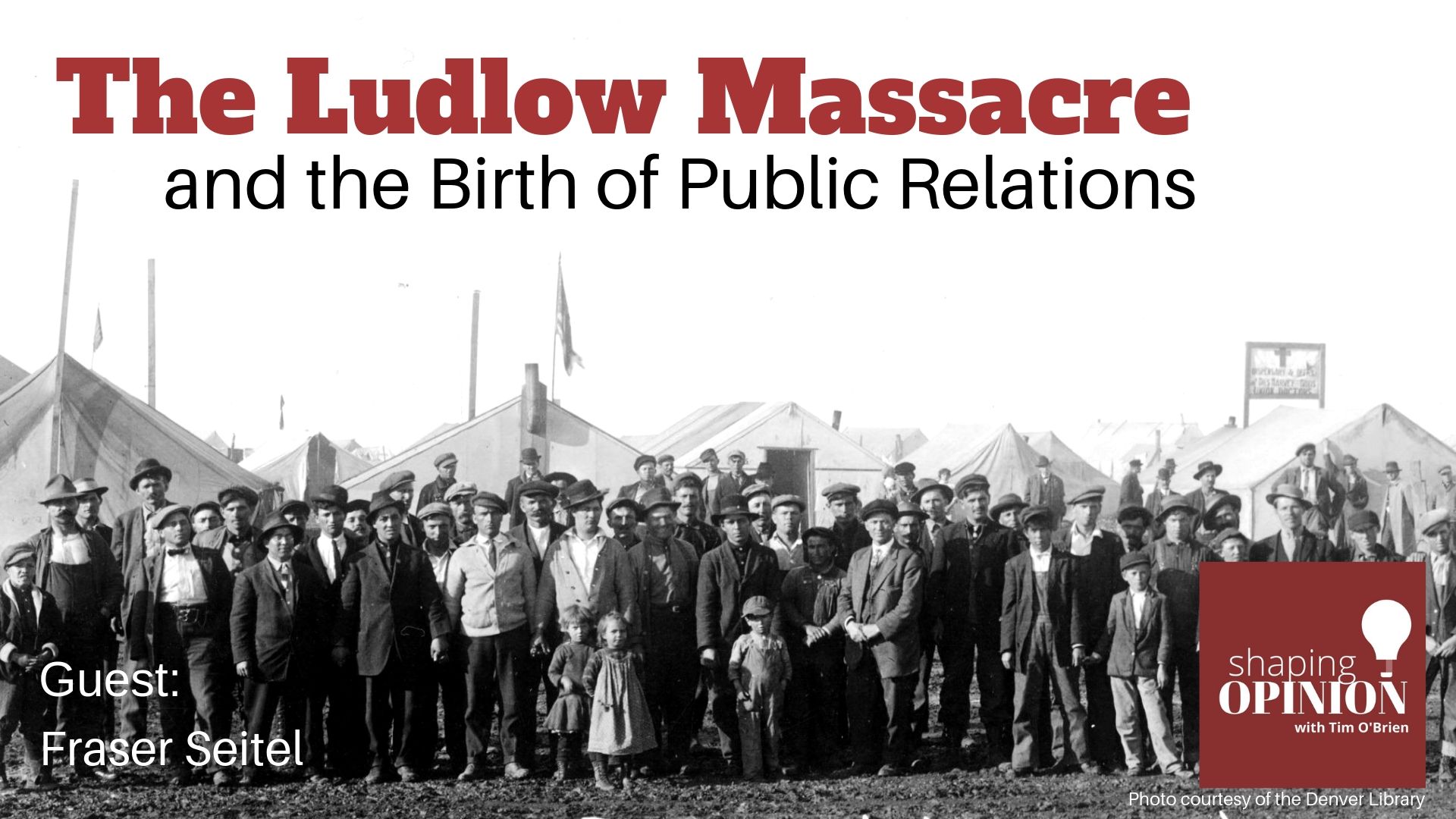 During the summer of 1913, the united Mine Workers labor union started to try to organize the 11,000 coal miners at John D. Rockefeller’s Colorado Fuel & Iron Company. Most of these workers were immigrants from Italy, Greece and Serbia. They had been brought in to replace other workers who had gone on strike 10 years earlier.

Their grievances centered on low pay, long hours and allegations of corruption. In short order, these 8,000 employees went on strike.

They wanted a 10 percent pay raise, an eight-hour work day, and the right to live and trade outside of the company-owned town. Everything they wanted was already required by Colorado law, but enforcement of the law was another issue.

Not long after they went on strike, the workers were evicted from their company-owned homes. That’s when they decided to set up make-shift tent cities surrounding the mines in which they had worked.

The largest of the tent cities was known as the Ludlow Camp.

John D. Rockefeller decided to hire a detective agency, which was staffed by a group of roughnecks out of Texas.

By November, the Colorado governor called in the Colorado National guard at the request of the company. The Guard formed militias, and their members carried out more raids and shootings in the tent cities.

The strike went on through the winter and in the Spring, Rockefeller appeared before Congress. He described the standoff as a “national issue, whether workers shall be allowed to work under such conditions as they may choose.” He said the workers were satisfied with their labor conditions.

On April 20th, 1914, four militiamen brandished a machine gun at some of the striking workers. At some point, someone fired the first shot. It is not known who. But one thing that everyone agreed on is that a full day of gunfighting followed.

That night, the National Guard set fire to the Ludlow camp. Thirteen residents who tried to run away, were shot and killed as the camp burned, and where many others burned to death.

In the Ludlow camp, there was a hospital tent called the women’s infirmary for sick women and their children. The day after the Ludlow raid, four women and 11 children were found. All of the children and two of the women were killed.

Mary Petrucci was one of the survivors. She lost three of her children in that infirmary fire.

Fire wasn’t the only weapon of choice. The National Guard had sprayed the Ludlow camp with machine gun fire. At least 66 were killed, including those women and children.

News of the Ludlow Massacre, as it would quickly be known, spread. It filled newspapers across the country and brought government and public pressure down on John D. Rockefeller in ways he never anticipated.

About this Episode’s Guest Fraser Seitel 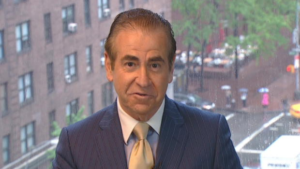 Fraser P. Seitel has been a communications consultant, author and teacher for 40 years. He may be reached directly at yusake@aol.com.

He is author of the Pearson text “The Practice of Public Relations,” now in its 13th edition, and co-author of “Rethinking Reputation” and “Idea Wise.”