PR veteran Rick Miller joins Tim to talk about helping Dockers change the way people dress in the office. He and his team played a part in the launch of the now ubiquitous “business casual” dress code. In this episode he talks about some of the keys to getting society to change its mindset about fashion and other things. 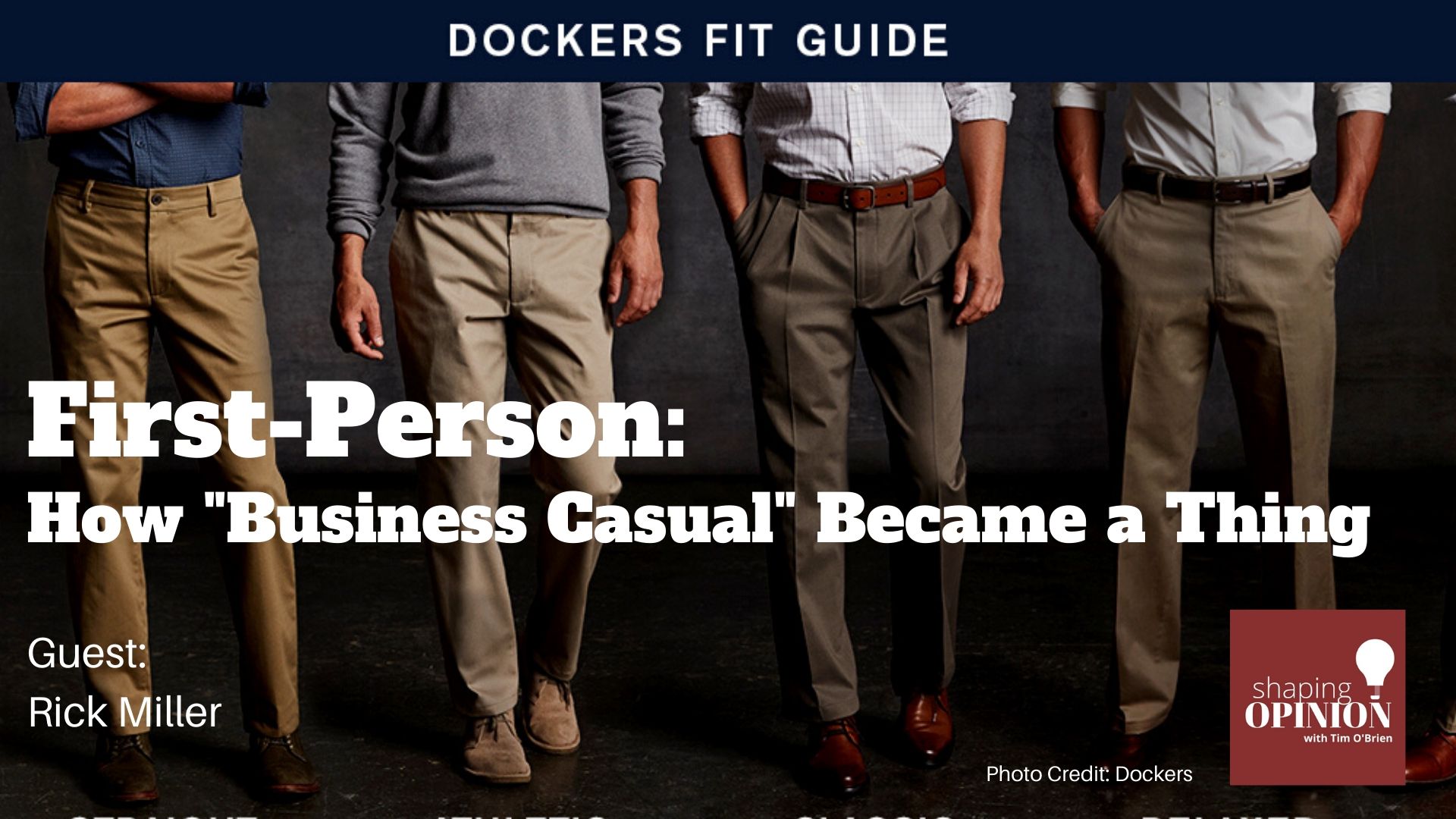 Depending on your age, you may not remember a time when wearing a suit to work was a requirement for most men. And for women, it was almost mandatory that they wear a skirt and heels to the office.

That all started to change in a big way in California in the early 1990s, but the birth of “business casual” can be traced further back – to the 1960s and Hawaii.

In the 1960s, Bill Foster was the president of the Hawaiian Fashion Guild. The Guild was trying to figure out a way to sell more of those iconic and colorful Aloha shirts to Hawaiian residents, not just tourists.

So, they launched a campaign called Operation Liberation. The project provided two Aloha shirts to every member of the Hawaii House of Representatives and the Hawaii Senate. The goal of the campaign was to get politicians to allow government workers to wear the seasonal shirts to beat the summer heat and to support the state’s garment industry, while making a fashion statement for the state’s tourism industry.

By 1966, the custom was dubbed Aloha Friday, because Fridays became the day when it was socially acceptable to wear your Aloha shirt to work if you lived in Hawaii.

Meanwhile, around the same time on the Mainland in California, one of the anchor companies in Silicon Valley had its own fashion ideas. Hewlett-Packard says it was the first to introduce casual attire in the workplace. The company called Fridays its “Blue Sky Days,” and it didn’t stop just with shirts.

Bill Hewlett and David Packard were the founders of Hewlett Packard, and they wanted people in their company to start to think out of the box and be more creative. So, they got behind the idea of letting employees dress more casually on Fridays, and encouraged them to think more differently about their approach to business solutions.

Before long, the idea spread throughout Silicon Valley.

Fast forward to 1992, and an idea that was hatched at a brand Levi’s had recently acquired. That brand was Dockers. Rick Miller was on the PR team that worked for Dockers at the time, and he remembers how “business casual” became a real thing in America, and not just for Fridays.

In this episode, Rick talks about how a Dockers marketing campaign led to a transformation in the way we dress for business.

Dockers had been considered weekend wear. Golf course, barbecues and parties. But in 1992, the company sent an eight-page Guide to Casual Business Wear to 25,000 human resource managers to distribute to employees
That was a game-changer, but it was just the beginning of both the campaign and the fashion transformation.

About this Episode’s Guest Rick Miller 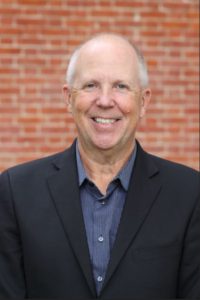 Rick Miller, founder and principal at RMC, has deep experience creating and leading programs for blue-chip companies, B2B and consumer brands, not-for-profits and associations. He is best known for his work in corporate communications, product and social marketing (particularly health issues) and crisis management. Prior to starting his own firm, Rick was SVP/General Manager and marketing group director for the global public relations firm Burson-Marsteller in San Francisco and Chicago, and President/Agency Group and President/PR for an integrated, independent firm. Rick works with a virtual team that includes creative, digital, media and culture change specialists. He is also founder and chair of the Communications Accelerator, which shares best practices among leading, publicly traded companies.